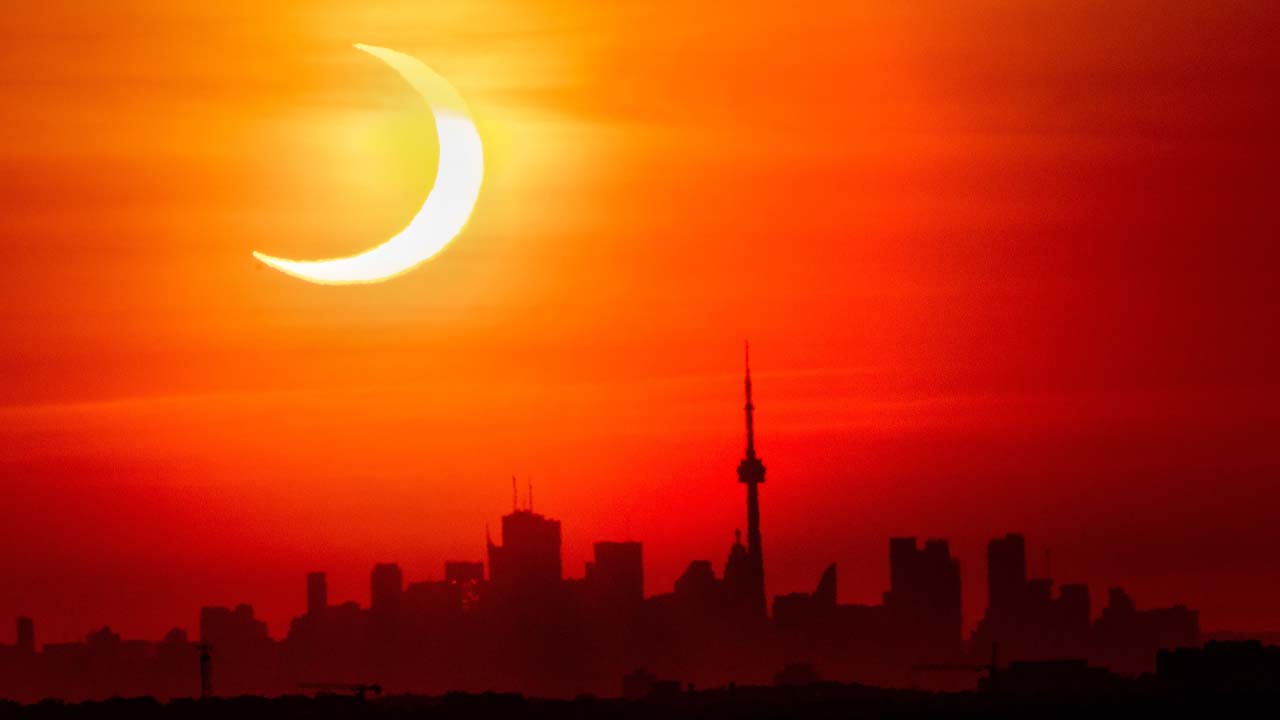 CAPE CANAVERAL, Fla. — The top of the world got a sunrise special Thursday — a “ring of fire” solar eclipse.

This so-called annular eclipse began at the Canadian province of Ontario, then swept across Greenland, the North Pole and finally Siberia, as the moon passed directly in front of the sun. 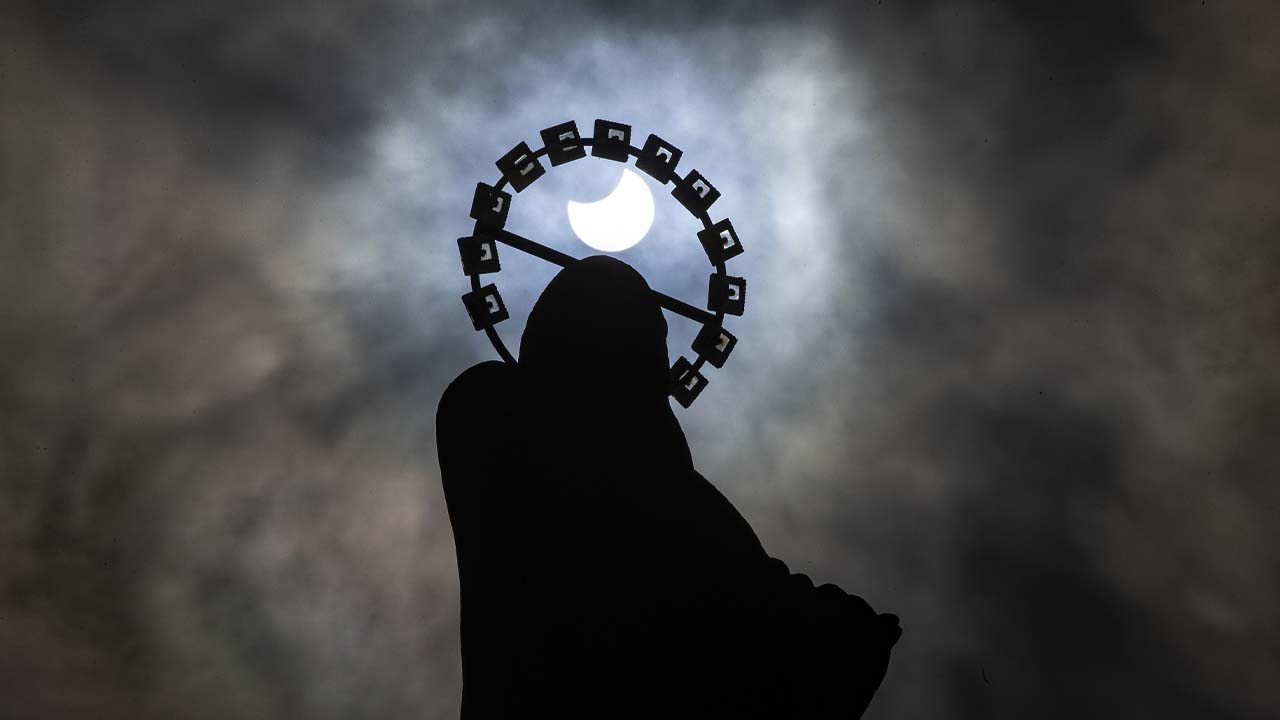 A statue of Our Lady, Star Of The Sea on Bull Wall in Dublin, is silhouetted against the sky during the partial solar eclipse. (Brian Lawless/PA via AP)

An annular eclipse occurs when a new moon is around its farthest point from us and appearing smaller, and so it doesn’t completely blot out the sun when it’s dead center. 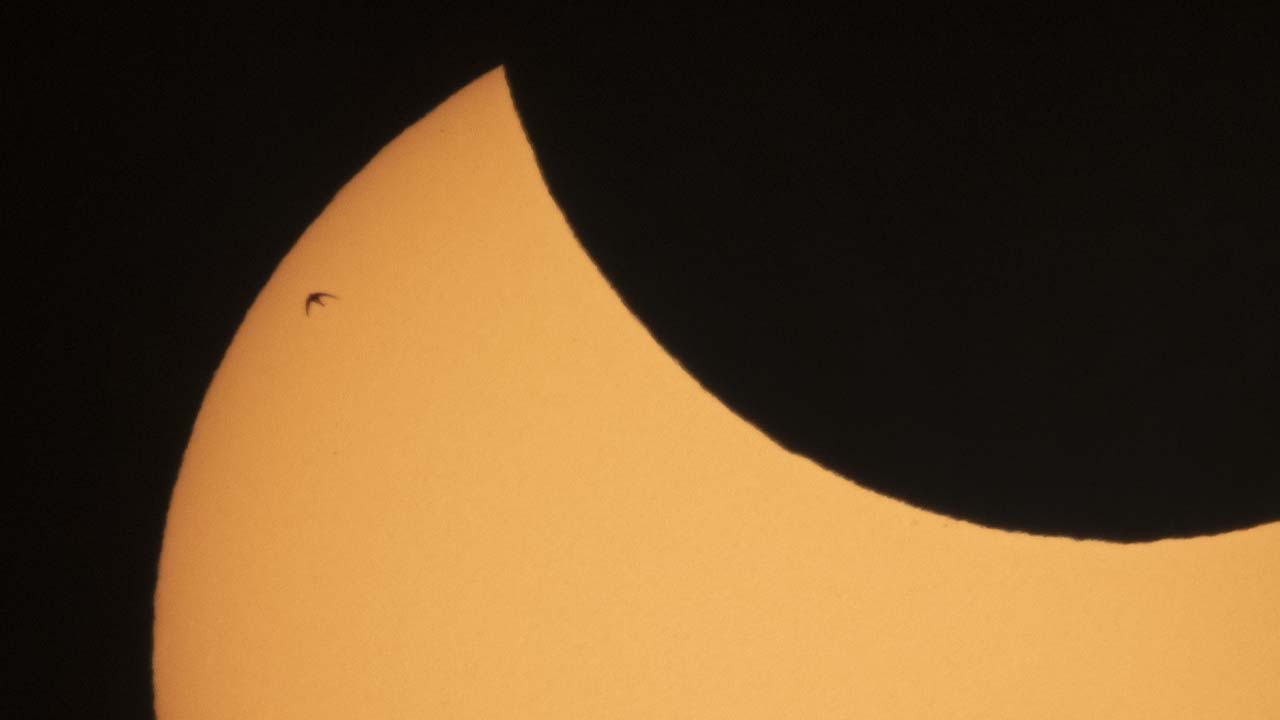 The moon blocks part of the sun during a partial solar eclipse in St. Petersburg, Russia. (AP Photo/Dmitri Lovetsky)

The upper portions of North America, Europe and Asia enjoyed a partial eclipse, at least where the skies were clear. At those locations, the moon appeared to take a bite out of the sun. 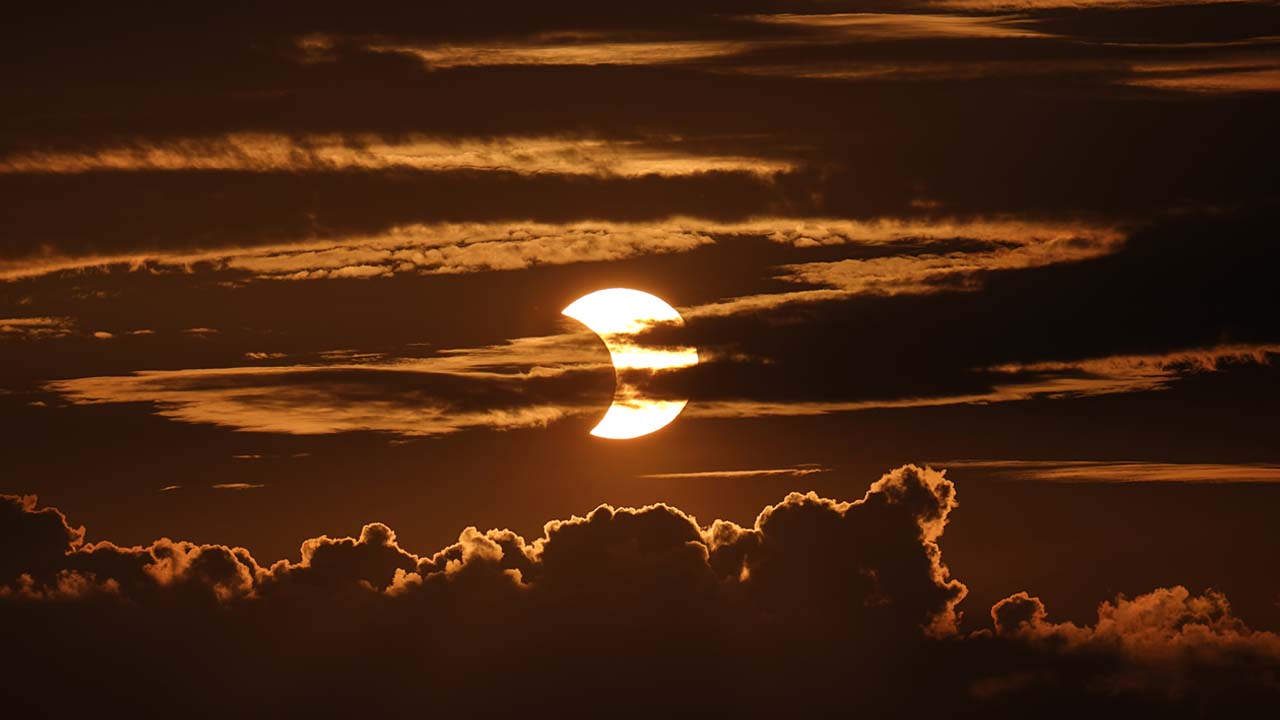 It was the first eclipse of the sun visible from North America since August 2017, when a dramatic total solar eclipse crisscrossed the U.S. The next one is coming up in 2024.

A total lunar eclipse graced the skies two weeks ago.

Related Topics:solar eclipse
Up Next