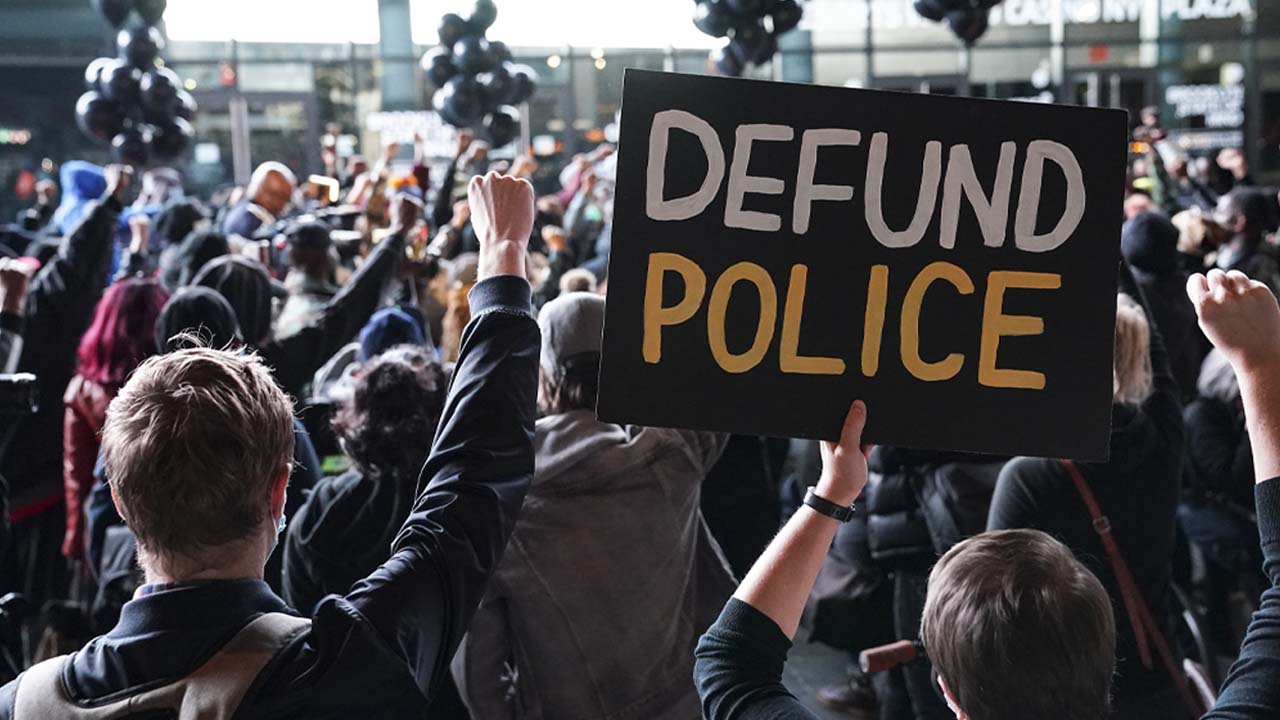 On social media and in political speeches, some Republicans and pro-police groups say last year’s calls to slash spending on law enforcement have led to a dramatic rise in killings in cities overseen by Democrats.

The increases they cite are real, and several big cities did make cuts to police spending. But the reductions were mostly modest, and the same big increases in homicides are being seen nationwide — even in cities that increased police spending. At the same time, the rates for burglaries, drug offenses and many other types of crime are down in many cities across the country.

The effort to blame Democrats for crime may offer a preview of Republicans’ strategy for upcoming elections: a new twist on an old “law and order” argument from the party’s past, harkening back to President Richard Nixon.

Just as it did half a century ago, the argument ignores the complicated reasons for fluctuations in crime rates — a list that today includes the upheaval wrought by the coronavirus pandemic and protests that erupted after the killing of George Floyd by police.

“2020 was just a crazy complicated year where lots of things happened, and there are lots of potential explanations for why we saw these big changes,” said David Abrams, a University of Pennsylvania Law School professor, who tracks crime rates and is studying the impact of the pandemic. The bottom line? “It’s complicated.”

Late last month, the National Fraternal Order of Police posted a graphic on social media showing big increases in the homicide rate in New York, Los Angeles, Chicago, Minneapolis, Philadelphia, Washington, D.C., and Portland, Oregon — all cities currently led by Democrats. “The leadership in all of these cities turned the keys over to the ‘Defund the Police’ mob,” the post read.

The numbers in it were alarming: Homicides in Chicago, up by 22% through late May compared with the same period last year. In Minneapolis, homicides were up by 56%; in Portland, 800%.

Top Republicans have taken up the claim, too.

“Look at what’s happening where they’re defunding the police,” former President Donald Trump said Saturday at the North Carolina GOP convention, echoing an argument he made on the campaign trail last year. “The crime rate is going up by 50, 60, 100%, 131% in one city.”

Killings have been on the rise since 2020, but the numbers don’t tell the whole story about reductions in police spending or a troubling increase in homicides being seen throughout the country.

Last year in Minneapolis, city officials shifted $8 million — less than 5% of the police budget — to programs focused on community mental health and violence prevention. In February, they approved $6.4 million to hire new police officers after an unprecedented number of officers retired or went on extended medical leave following Floyd’s killing.

The city, a center of defund police efforts, trimmed its police budget last year by less than 4%, far short of the $50 million in cuts sought by activists.

This year, Portland Mayor Ted Wheeler, a Democrat, has sought greater funds for programs targeting gun violence, which he said is a national problem. “It has reached crisis proportions,” he said in March.

Los Angeles and Chicago have also seen double-digit increases in their homicide rates this year, and they did reduce spending on police. Chicago cut its police budget by 3%, largely by eliminating vacant positions. Los Angeles reduced spending on police by about 5% overall.

Yet homicide rates are also increasing in cities that didn’t cut spending.

In Houston, a city led by a Democratic mayor, killings have increased, but so, too, has funding for police.

Nashville, Tennessee, also led by a Democratic mayor, increased the police budget but has seen homicides spike 50% so far this year over last.

Tulsa, Oklahoma, and Fresno, California, have also seen more killings so far in 2021. Both cities have Republican mayors.

Meanwhile, other types of crime are down, according to preliminary statistics and researchers who say crime initially dropped around the world after the pandemic began. While cities are reporting jumps in their homicide rate, there’s been no similar increase in other crimes, like burglaries, robberies or drug offenses.

That’s not what you’d expect if calls to defund the police were leading to a rash of crime, Abrams said.

“Any theory explaining the rise in homicides would also have to explain why we haven’t seen a spike in other kinds of crimes,” he said.

So why are killings up?

Pandemic-Related Stress Believed to be Largest Contributor to Violence

Economic losses and personal stress brought on by the pandemic are one suggestion. COVID-19 also disrupted in-person education and many community programs designed to quell violence. It put a strain on police departments, hospitals, courts and other institutions tasked with dealing with the impact of crime.

Other possibilities include rising gun ownership and the protests over police killings that could have emboldened criminals. Then there are the host of factors that contribute to localized violence, including gangs, drugs and poverty.

James Alan Fox, a criminologist and professor at Boston’s Northeastern University, said small changes to a police budget, or the party affiliation of a particular mayor, aren’t likely to play a big role. Some violence fluctuations are part of long-standing problems.

“It’s not related to which party is ruling,” Fox said. “But you can win a lot of votes by pushing fear.”

Nixon used a similar argument in his successful 1968 presidential campaign, arguing that protests over civil rights “have torn 300 cities apart.” The strategy helped galvanize support among white voters concerned about racial integration, according to Elizabeth Hinton, a Yale Law School professor who studies the history of criminalization in America.

Now, just as then, misleading claims about crime seem designed to exploit racism among white voters while ignoring the real reasons behind the increase in homicides, she said.

“Instead of linking this to COVID and mass unemployment and general anxiety, they’re saying that somehow calls to defund the police are behind this, as a way to justify more policing as a response,” Hinton said.

Another Jump in Prices Tightens the Squeeze on US Consumers