US Trade Deficit Dips to $68.9 Billion With Exports Up 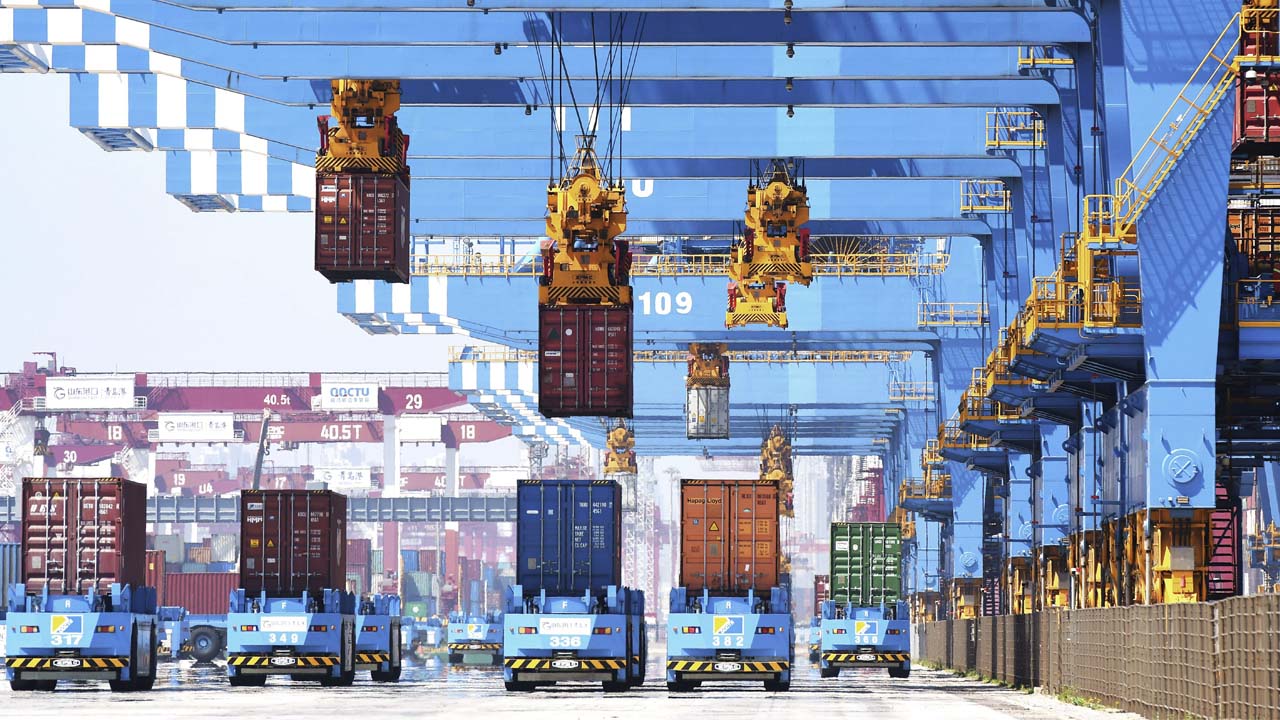 WASHINGTON — The U.S. trade deficit narrowed in April to $68.9 billion as an improving global economy boosted sales of American exports.

The April deficit, the gap between what America buys from abroad and what it sells to other countries, was down 8.2% from a record March deficit of $75 billion, the Commerce Department reported Tuesday.

In April, exports of U.S. goods and services rose 1.1% to $205 billion while imports declined 1.4% to $273.9 billion. Part of the boost in exports came from a $1.4 billion increase in sales of civilian aircraft, a positive sign that a rebound in air travel from depressed pandemic levels is prompting stronger sales of jetliners.

The drop in imports reflected a $1.1 billion decline in purchases of foreign-made autos and auto parts.

Through the first four months of the year, the U.S. trade deficit totals $281.7 billion, up 50.4% from the deficit during the same period in 2020, a time when the U.S. economy was essentially shut down because of the coronavirus pandemic.

The politically sensitive deficit with China fell to $25.8 billion in April, down 6.7% from the March imbalance. But through the first four months of this year, the deficit with China, the largest the United States runs with any country, was up 37.1% over the same period a year ago.

The deficit in just goods in April totaled $86.7 billion while the surplus in services totaled $17.8 billion. The United States runs surpluses in services trade which help lower the goods deficit. However, the services economy, which includes travel payments such as airline fares, has been hit hard by the coronavirus with the service surplus down 16.2% so far this year compared to the same period a year ago.

“Domestic demand is roaring back amid reopening and a rapidly improving health backdrop,” said Mahir Rasheed, U.S. economist at Oxford Economics. “The trade deficit is poised to widen further as the fiscally powered, consumer-driven recovery in the U.S. runs ahead of the global economic rebound.”

But Michael Pearce, senior U.S. economist, said he believed trade would provide a slight boost to overall economic growth in the current April-June quarter, helped by an improving performance of U.S. exports. That would be an improvement from the big drag to economic growth from trade in the first quarter.

During his four years in office, Donald Trump pursued a get-tough trade strategy that used punitive tariffs on other country’s exports in an effort to lower America’s huge trade deficits with the rest of the world, which he blamed for the loss of millions of American manufacturing jobs.

But Trump’s efforts failed to alter the trade imbalances. So far, the Biden administration has left most of the penalty tariffs in place as his administration works to determine the approach it will take to trade.

Related Topics:trade deficit
Up Next

US Job Openings Surge to Record 9.3 Million in April