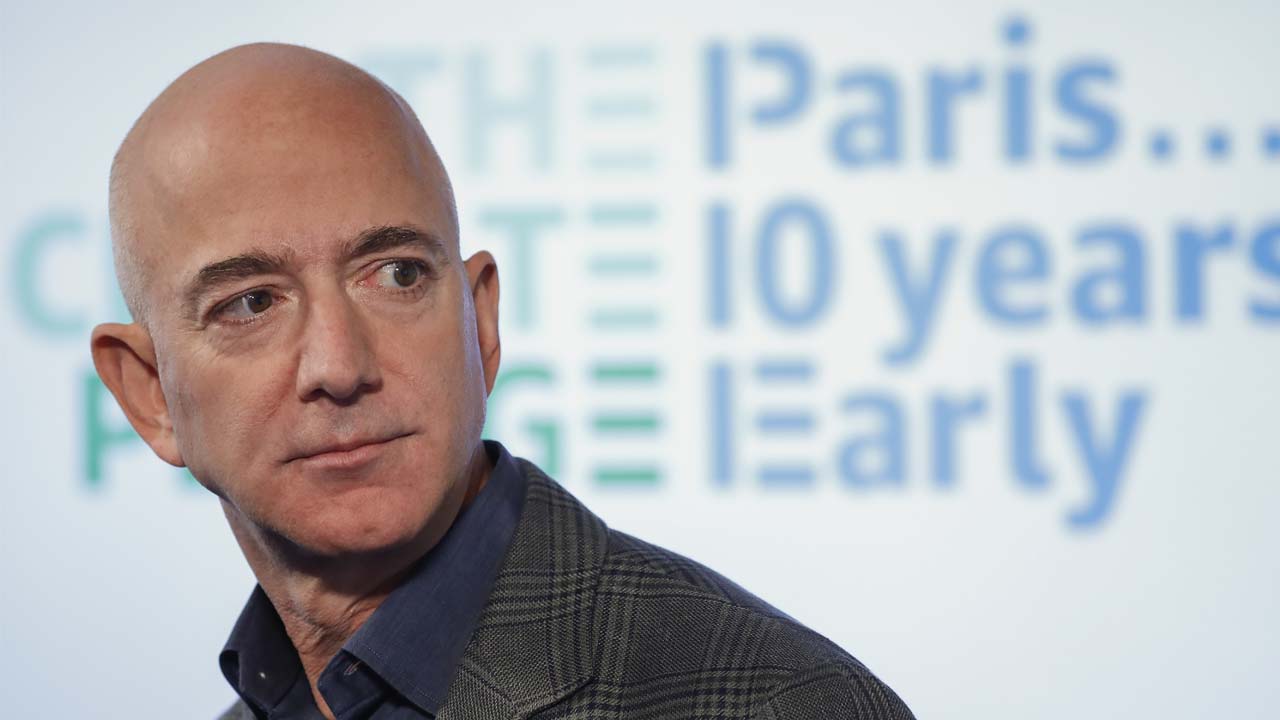 Jeff Bezos will ride his own rocket into space next month, joining the first crew to fly in a Blue Origin capsule.

The Amazon founder announced Monday he will launch July 20 from Texas along with his firefighter brother Mark. Also making the 10-minute up-and-down hop will be the highest bidder in a charity auction.

Bezos is stepping down as Amazon’s CEO on July 5 — just 15 days before liftoff — to spend more time on his space company as well as his newspaper, The Washington Post. His stake in Amazon is currently worth $164 billion.

“To see the Earth from space, it changes you. It changes your relationship with this planet, with humanity. It’s one Earth,” Bezos, 57, said in an Instagram post. “I want to go on this flight because it’s a thing I’ve wanted to do all my life. It’s an adventure. It’s a big deal for me.”

Bezos said he invited his younger brother — his best friend — to share the journey and make it even more “meaningful.”

The flight will officially kick off Blue Origin’s space tourism business. The company has yet to start selling tickets to the public or even to announce a ticket price for the short trips, which provide about three minutes of weightlessness. The capsule can hold six people, each with their own large window. The company hasn’t said who might occupy the remaining three seats on the debut passenger flight.

Virgin Galactic’s Richard Branson also plans to launch aboard his own rocket later this year, after one more test flight over New Mexico. SpaceX’s Elon Musk — who’s transported 10 astronauts to the International Space Station and already sold private flights — has yet to commit to a spaceflight.

Blue Origin successfully completed the 15th test flight of its reusable New Shepard rocket in April, with the capsule reaching an altitude of 66 miles (106 kilometers). Before liftoff, a mock crew strapped into the capsule for practice, then hopped out, paving the way for the upcoming flight with passengers on board.

Highest Bidder Will Win Seat on the Flight

The company’s launch and landing site is in remote west Texas, 120 miles southeast of El Paso and close to the Mexican border. After the capsule separates, the rocket lands upright, to be used again. The capsule, also reusable, descends under parachutes.

For its first crew launch, the company chose the 52nd anniversary of the Apollo 11 moon landing by Neil Armstrong and Buzz Aldrin. It also used a space anniversary in May to announce an online auction for a seat on the flight — the 60th anniversary of the first U.S. spaceflight by Mercury astronaut Alan Shepard, for whom the rocket is named.

The current high bid is $2.8 million. The auction will conclude Saturday, with the winning amount donated to Club for the Future, Blue Origin’s education foundation. Nearly 6,000 people from 143 countries have taken part in the auction.