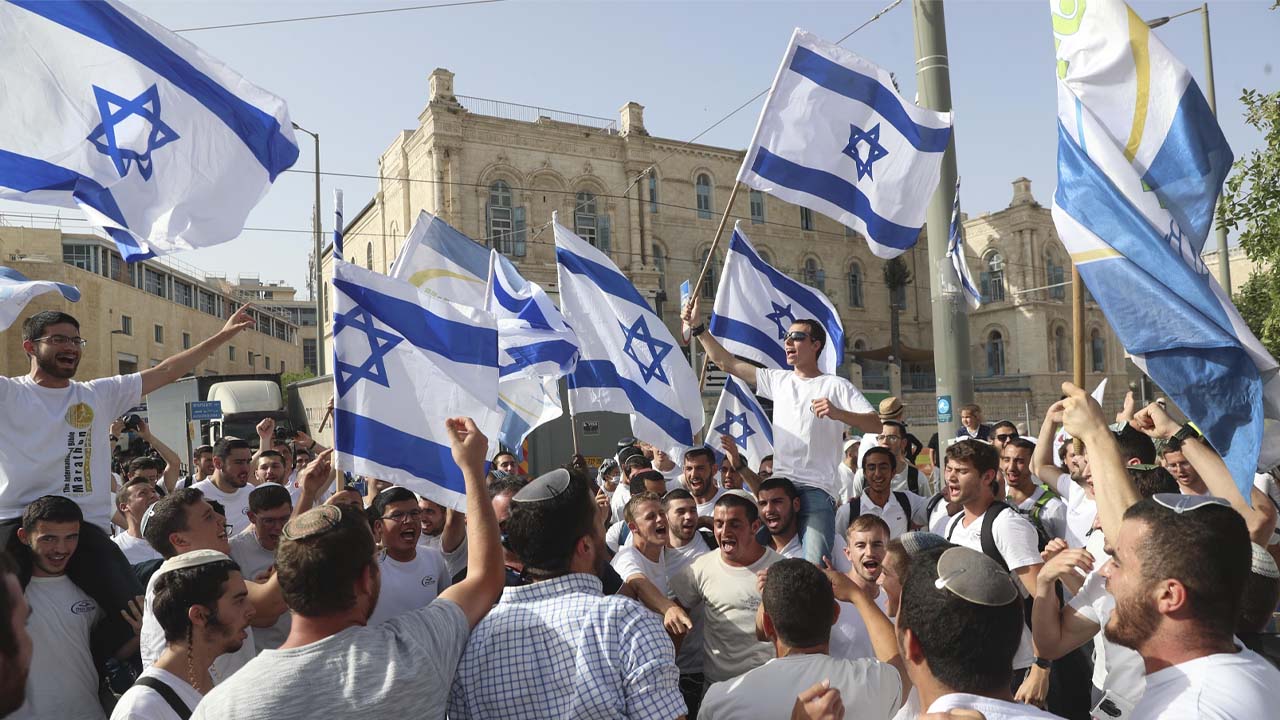 JERUSALEM — Israeli police said Monday they blocked a planned procession by Jewish ultranationalists through parts of Jerusalem’s Old City, following warnings that it could reignite tensions that led to a punishing 11-day war with Gaza’s militant Hamas rulers last month.

The parade, which celebrates Israel’s capture of east Jerusalem in the 1967 Mideast war, was underway on May 10 when Hamas fired rockets from Gaza toward the holy city, setting off heavy fighting. Some 254 people were killed in Gaza and 13 in Israel before a cease-fire took effect May 21.

The war was preceded by weeks of clashes between Israeli police and Palestinian demonstrators in the Old City and in the nearby neighborhood of Sheikh Jarrah, where Jewish settlers have waged a decades-long campaign to evict Palestinian families from their homes.

Israel’s attorney general on Monday declined to intervene in the cases of several of the families, making it more likely the evictions will be carried out — possibly in the coming weeks. That could also reignite violence.

The procession, which had intended to go through the Old City’s Muslim Quarter, is seen by Palestinians as a provocation.

In a statement, police said the proposal to hold the parade later this week was not approved, but new plans would be considered. Organizers accused the police of caving in to pressure from Hamas.

Bezalel Smotrich, leader of the far-right Religious Zionism party, tweeted a warning to embattled Prime Minister Benjamin Netanyahu “not to give in to Hamas threats.”

Renewed tensions in east Jerusalem or fighting with Hamas could complicate Israel’s shaky politics. Netanyahu’s opponents last week said they have formed a coalition that could remove the prime minister from office after a 12-year term. The new coalition is expected to be sworn into office in the coming days.

Over the weekend, Israeli police arrested and released a veteran reporter for the Al Jazeera satellite channel who had regularly been covering the Sheikh Jarrah protests. And on Sunday, authorities stormed the home of a leading activist in the neighborhood, arresting her and her brother. The siblings were later released.

Before Muna al-Kurd was freed, police briefly clashed with a crowd outside the station, throwing stun grenades at the protesters.

The Fight for Jerusalem

Israel captured east Jerusalem, which is home to sites sacred to Jews, Christians and Muslims, in the 1967 war and annexed it in a move not recognized internationally. Israel views the entire city as its capital, while the Palestinians want east Jerusalem as the capital of their future state.

The settlers are using a 1970 law that allows Jews to reclaim formerly Jewish properties lost during the 1948 war surrounding Israel’s creation, a right denied to Palestinians who lost property in the same conflict. At least 150 Palestinian households, in Sheikh Jarrah and the neighborhood of Silwan, both near the Old City, are at risk of eventual eviction.

A request by the attorney general at the height of the tensions last month led to the postponement of a Supreme Court hearing on the most imminent evictions, of four extended families comprising six households in Sheikh Jarrah.

But in a statement issued Monday, Attorney General Avichai Mandelblit said “there is no place” for him to intervene in the proceedings. That sends the matter back to the Supreme Court, which is expected to rule against the families.

Ir Amim, an Israeli human rights group that closely follows the various court cases, says the four families could be evicted within the coming month, and that the attorney general’s decision could affect the cases of more than 80 other families threatened with eviction.

“It paves the way for the evictions to be carried out,” said Amy Cohen, a spokeswoman for Ir Amim. But she added that Israeli authorities still have various options for postponing or halting the evictions. “There still is room for political intervention,” she said.

The threatened evictions have been widely criticized internationally, including by the United States, Israel’s closest ally.