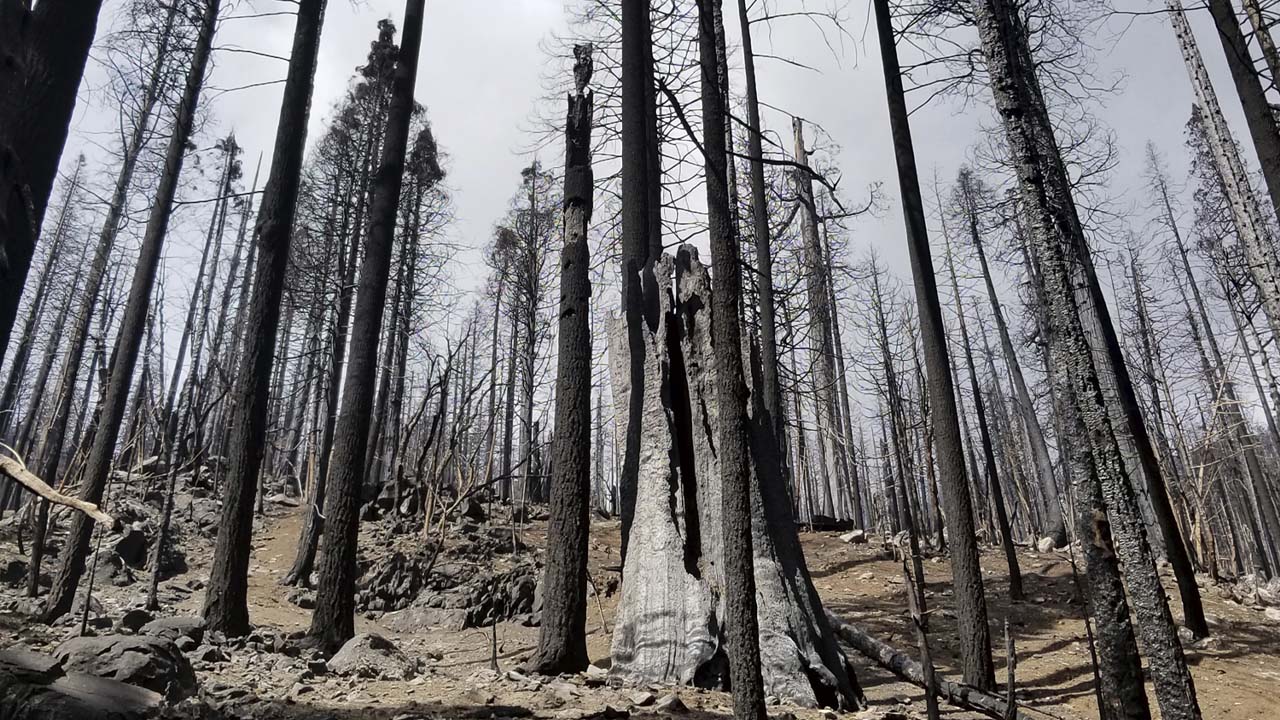 At least a tenth of the world’s mature giant sequoia trees were destroyed by a single California wildfire that tore through the southern Sierra Nevada last year, according to a draft report prepared by scientists with the National Park Service.

The Visalia Times-Delta obtained a copy of the report that describes catastrophic destruction from the Castle Fire, which charred 273 square miles of timber in Sequoia National Park.

“I cannot overemphasize how mind-blowing this is for all of us. These trees have lived for thousands of years,” — Christy Brigham, Sequoia and Kings Canyon National Parks

Researchers used satellite imagery and modeling from previous fires to determine that between 7,500 and 10,000 of the towering species perished in the fire. That equates to 10% to 14% of the world’s mature giant sequoia population, the newspaper said.

“I cannot overemphasize how mind-blowing this is for all of us. These trees have lived for thousands of years. They’ve survived dozens of wildfires already,” said Christy Brigham, chief of resources management and science at Sequoia and Kings Canyon National Parks.

The consequences of losing large numbers of giant sequoias could be felt for decades, forest managers said. Redwood and sequoia forests are among the world’s most efficient at removing and storing carbon dioxide in the atmosphere. The groves also provide critical habitat for native wildlife and help protect the watershed that supplies farms and communities on the San Joaquin Valley floor.

Brigham, the study’s lead author, cautioned that the numbers are preliminary and the research paper has yet to be peer reviewed. Beginning next week, teams of scientists will hike to the groves that experienced the most fire damage for the first time since the ashes settled. 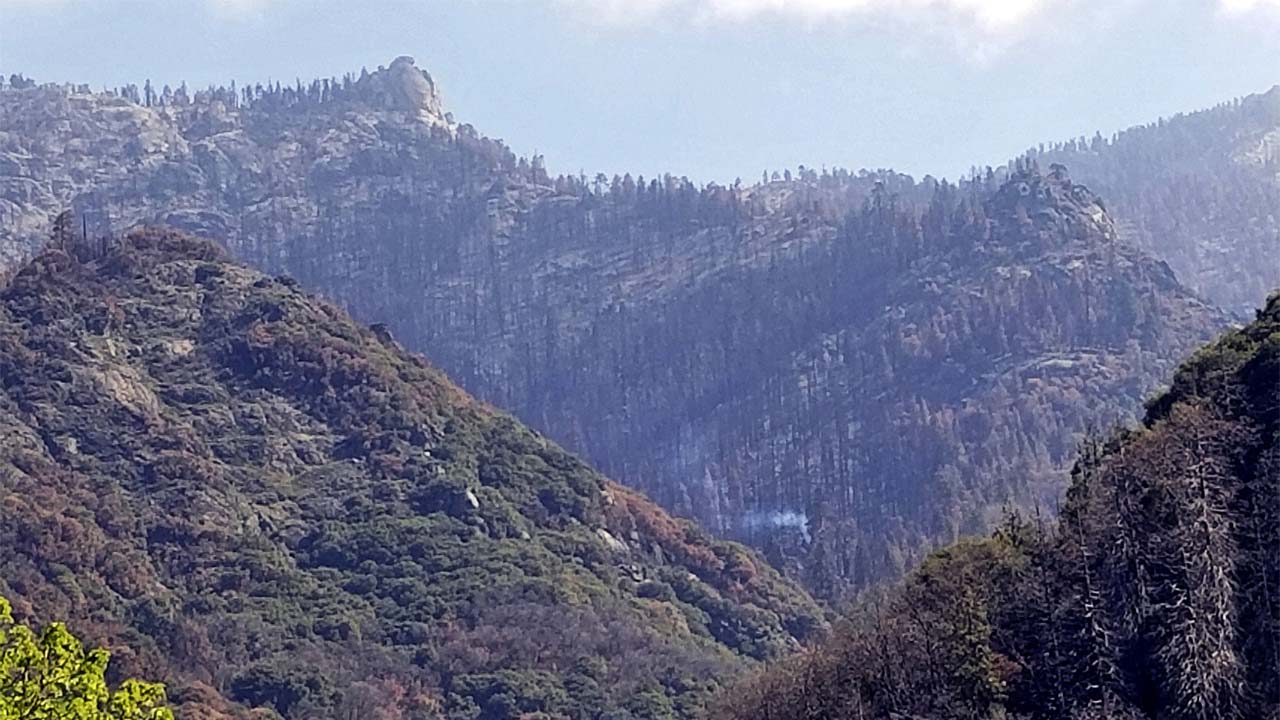 “I have a vain hope that once we get out on the ground the situation won’t be as bad, but that’s hope — that’s not science,” she said.

The newspaper said the extent of the damage to one of the world’s most treasured trees is noteworthy because the sequoias themselves are incredibly well adapted to fire. The old-growth trees — some of which are more than 2,000 years old and 250 feet (76 meters) tall — require fire to burst their pine cones and reproduce.

“One-hundred years of fire suppression, combined with climate change-driven hotter droughts, have changed how fires burn in the southern Sierra and that change has been very bad for sequoia,” Brigham said.

Sequoia and Kings Canyon have conducted controlled burns since the 1960s, about a thousand acres a year on average. Brigham estimates that the park will need to burn around 30 times that number to get the forest back to a healthy state.

The Castle Fire erupted on Aug. 19 in the Golden Trout Wilderness amid a flurry of lightning strikes. The Shotgun Fire, a much smaller blaze burning nearby, was discovered shortly afterward, and the two were renamed the Sequoia Complex.

Related Topics:California wildfiresSequoia and Kings Canyon National Parks
Up Next