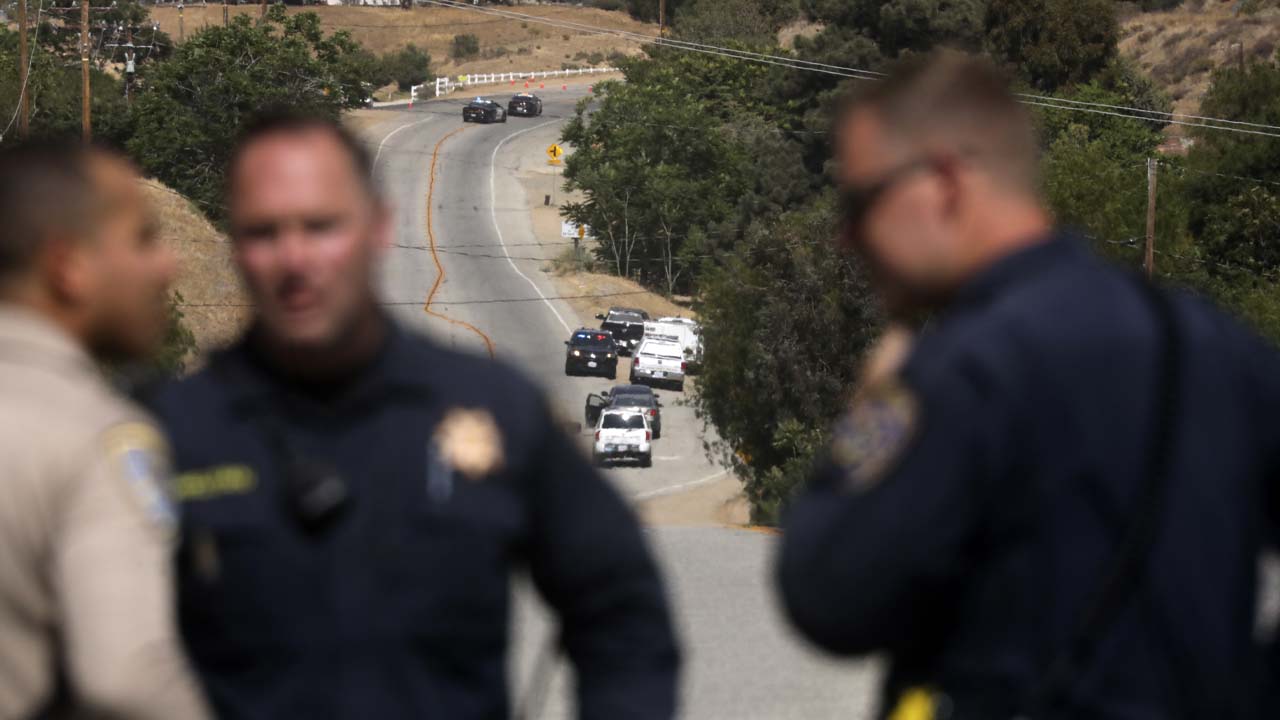 SANTA CLARITA — A firefighter killed a co-worker and wounded another at their small fire station before setting his own home ablaze and apparently killing himself in California’s second deadly workplace shooting in days.

The gunman, a firefighter specialist and engineer, was off-duty when he apparently drove the 10 miles (16 kilometers) from his home in Acton, north of Los Angeles, and opened fire Tuesday morning at Los Angeles County Fire Station 81, authorities said.

The killer “was not scheduled to work today. He came back and confronted the on-duty personnel,” a visibly shaken Fire Chief Daryl Osby told reporters. “I cannot speak to the mindset of the shooter.”

The chief also said he didn’t know about any disciplinary actions involving the gunman, who wasn’t immediately identified.

Gun Kills One and Injures Another Coworker Before Killing Himself

A 44-year-old fire specialist, who drove a fire truck, was shot several times in the upper torso and died. The father of three daughters had been with the department for more than 20 years, Osby said.

A 54-year-old fire captain who also was shot in the upper body underwent surgery and was in critical but stable condition at a hospital.

The gunman then returned to his house, which authorities found engulfed in flames. He was later found dead in an empty pool of an apparently self-inflicted gunshot, since nobody else was at the home and deputies didn’t open fire, sheriff’s officials said.

Helicopters fought the blaze because it was considered unsafe to send firefighters into the home, which burned for hours. A SWAT team and a bomb squad were sent in before firefighters were finally allowed to use hoses on the gutted ruins.

Authorities didn’t immediately release the dead firefighter’s name, but friends and family members identified him as Tory Carlon. Hundreds of people gathered Tuesday night for a vigil at a park near Fire Station 81 to honor Carlon. He was remembered as a devoted father and committed firefighter who was a mentor to younger colleagues.

The fire station is in Agua Dulce, a rural community of about 3,000 people in the desert of northern Los Angeles County known for its rock formations and panoramic views.

Osby said the station has only four firefighters per shift and was considered a home by workers who typically work there 24 hours at a time.

“As a fire chief, I never thought that when our firefighters face danger, that they would face danger in one of our community fire stations,” Osby said.

“Between emergency calls, the fire station must have felt like their safe haven,” she said. “Unfortunately that sense of safety has now been shattered.”

Latest Incident Less Than a Week After VTA Shooting

The shooting occurred less than a week after a longtime worker opened fire with three handguns at the Santa Clara Valley Transportation Authority bus and rail yard in San Jose, killing nine people and then himself as law enforcement officers closed in. He had rigged his home to burn down before heading to his workplace.

Acquaintances said 57-year-old Samuel Cassidy had a short fuse at times and a longtime grudge against his work but the exact motive for the shooting remained under investigation. Body camera footage from a Santa Clara County sheriff’s deputy who went into a building as shots were being fired was released Tuesday.

A new FBI report finds that California had the most mass shooting incidents in the last 20 years, a figure that aligns with its status as the nation’s most populous state, with nearly 40 million residents.

Ally Bank Ends All Overdraft Fees, First Large Bank to Do So