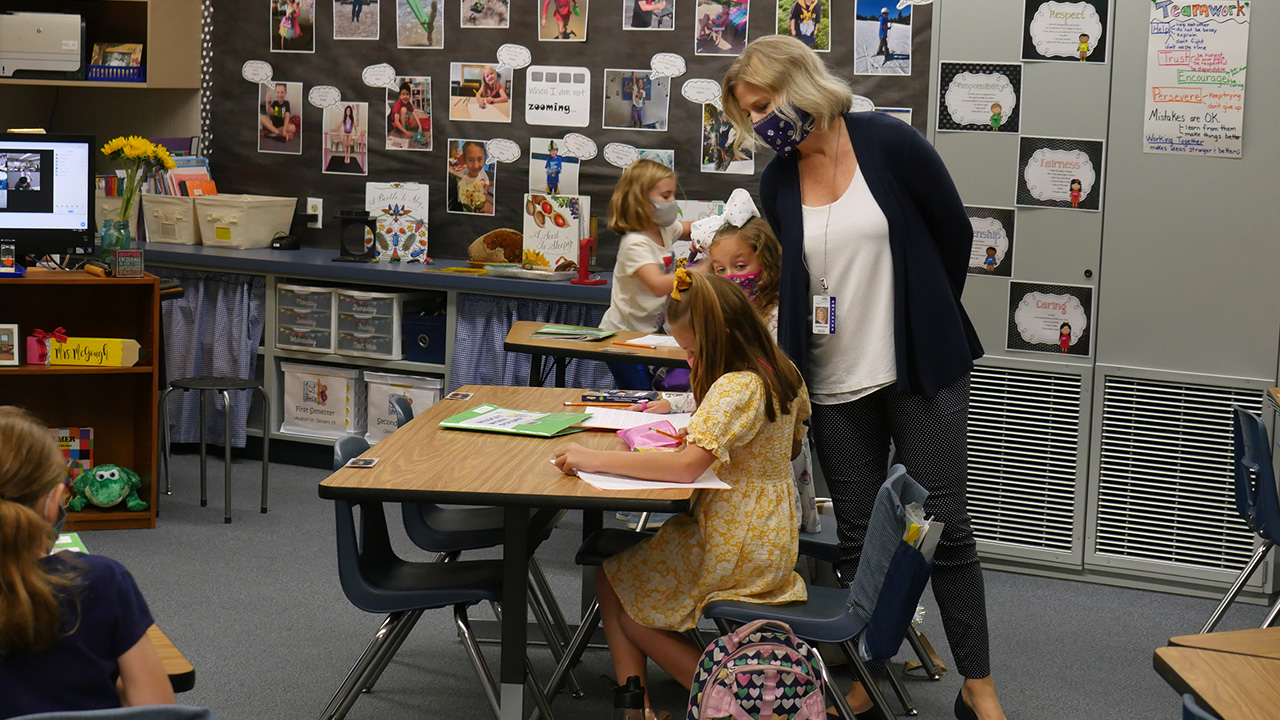 The statement, which came in the form of a February blog post, said that the numbers will be almost as bad as the year after the Great Recession when more than 16,000 teachers retired.

While short-term effects are being felt in some areas, in many school districts the tsunami of retirements is barely registering as a ripple. While interviews with administrators, teachers, and union leaders do not paint a rosy picture of the situation, neither is it expected to be crippling.

Fremont Unified reported no significant difference between the number of retirees this year compared to last. At Long Beach Unified, which has about 12,000 employees, retirements over the past two years rose from 95 to 113. At Elk Grove Unified, there have been fewer certificated retirements this year than the previous one. At Oakland Unified, departures are higher than they have been in recent years, but the district is rapidly filling vacancies.

“We’re retaining more people than ever,” said Sarah Glasband, director of talent development, recruitment and retention for Oakland Unified. Looking to the fall, Glasband said her district is recruiting aggressively to make sure schools are fully staffed, and they’ve already filled the majority of open positions.

“It’s not worth that extra little bump on your pension if you’re not physically or mentally well.” — David Fisher, president of the Sacramento City Teachers Association

Many more teachers could retire by the end of the school year. But the first surge already occurred in the second half of 2020, which saw a 26% increase in retirements over the same period from the previous year, according to CalSTRS.

David Fisher, president of the Sacramento City Teachers Association, said his city normally has 60 to 70 retirements annually, but this year has already seen 110, and he expects more by the end of the school year. Fisher believes some educators bumped up their retirement timeline at the beginning of the pandemic when they realized it would be a brutal slog.

“From people we’ve talked to, they’d say, ‘I was going to stick it out another couple of years but I’m out of here,’” Fisher said. “It’s not worth that extra little bump on your pension if you’re not physically or mentally well.”

While districts generally haven’t experienced retirements as a serious problem this past year, several administrators said they were overwhelmed by the large number of teachers who resigned or transferred during the pandemic.

San Mateo County Superintendent of Schools Nancy Magee said some of her districts have been hit hard as many educators left to be closer to family. Burlingame, for example, had twice as many teachers leave during the pandemic than during an average year.

However, record drops in enrollment have somewhat mitigated the retirement boom, she said.

Such enrollment drops would normally result in staff layoffs, but the sheer number of retirements and resignations appears to be canceling each other out.

Unexpected resignations, coupled with routine and early retirements, have created staffing shortages in some districts, raising concerns about how schools will manage when they reopen in the fall. Magee said her districts are trying to plan what classes will look like next year but they still don’t have guidance from the California Department of Public Health.

“The school where I worked, the kids were already behind. And now they’ve missed a year of school, because we can’t call what they did school.” — Christina Casas, Special Education Teacher in Santa Ana

More immediately, districts are scrambling to find teachers who have the energy to pitch in for summer school sessions.

“Educators are exhausted, and many of our districts are having trouble staffing summer school programs,” Magee said. “They’re all making it happen to the best of their ability…but they’ve been on emergency hours and activities for nearly two years straight without a break.”

“Our normal summer school rate for teachers, it’s not a bad rate, it’s about $40 an hour, but they couldn’t hire teachers (at that rate),” Fisher said.

One major concern with the rise in retirements is the effect it could have on teacher pensions. In an email, Rebecca Foree, a CalSTRS spokesperson, said the organization doesn’t expect retirements to have a material impact on funding levels. Outside experts tend to agree with this assessment.

“In the scope of things, this is not that big of a number,” said Paul Bruno, an assistant professor of education policy at the University of Illinois at Urbana-Champaign. He noted that CalSTRS’ outstanding unfunded liabilities dwarf the potential impact of an unusual number of retirements. As of the latest actuarial valuation report, CalSTRS has unfunded liabilities of $105.7 billion.

“California is a really big state with an awful lot of teachers who are already receiving benefits and paying into the system, so a small increase in retirements this year would not by itself be a big threat to the pension fund,” he said.

Administrators in California didn’t express much surprise with the number of retirements during the pandemic. This is partly because teachers have to retire within a set age range to qualify for their pensions, so most districts can plan for their departure well in advance. Districts also incentivize teachers to give ample notice by offering financial bonuses for letting schools know of their plans by specific dates.

Some districts are also able to rely on retirees as a source of labor. Xanthi Soriano, a spokesperson for Elk Grove Unified, said many of the district’s retirees return to schools after they meet CalSTRS’ six-month separation-from-service requirement.

“We have a pretty robust substitute list, and a good number are retirees,” Soriano said.

Recruitment is also a challenge at the leadership level. San Mateo’s Magee said it’s been difficult to find replacements for several long-term employees who left her office during the pandemic because recruiting firms are struggling to find candidates.

“Statewide, they’re seeing an unprecedented number of people either retiring or moving around,” she said. “So those agencies are really very overbooked right now.”

Several administrators said they were concerned that retirements and resignations may be exacerbating chronic staffing shortages for positions that were already difficult to fill before the pandemic, specifically special education.

Christina Casas, a credentialed special education teacher, left her job at a charter school in Santa Ana earlier this year. She said the logistical challenges of organizing virtual special education classes while raising two children of her own was simply too much.

She also felt like the district could have marshalled more resources for teachers who were struggling to manage virtual classes that were overflowing with 30 to 40 students when they were supposed to only have 20. While there was only one resignation at her school last year, she knows several people are planning to leave at the end of this term. Going forward, she said school districts should recruit more reading and math specialists to make sure students don’t fall farther behind.

“The school where I worked, the kids were already behind,” she said. “And now they’ve missed a year of school, because we can’t call what they did school.”

Eli is a freelance investigative journalist based in Los Angeles. He’s a former staff writer for the nonprofit newsroom FairWarning where he covered labor, consumer protection, public health, environment and transportation safety. His stories have appeared in The Atlantic, NBCNews.com, The Guardian, Salon and elsewhere. CalMatters is a public interest journalism venture committed to explaining how California’s state Capitol works and why it matters.

Man Who Beat Ex-Lover on Lovers Lane Headed to Prison