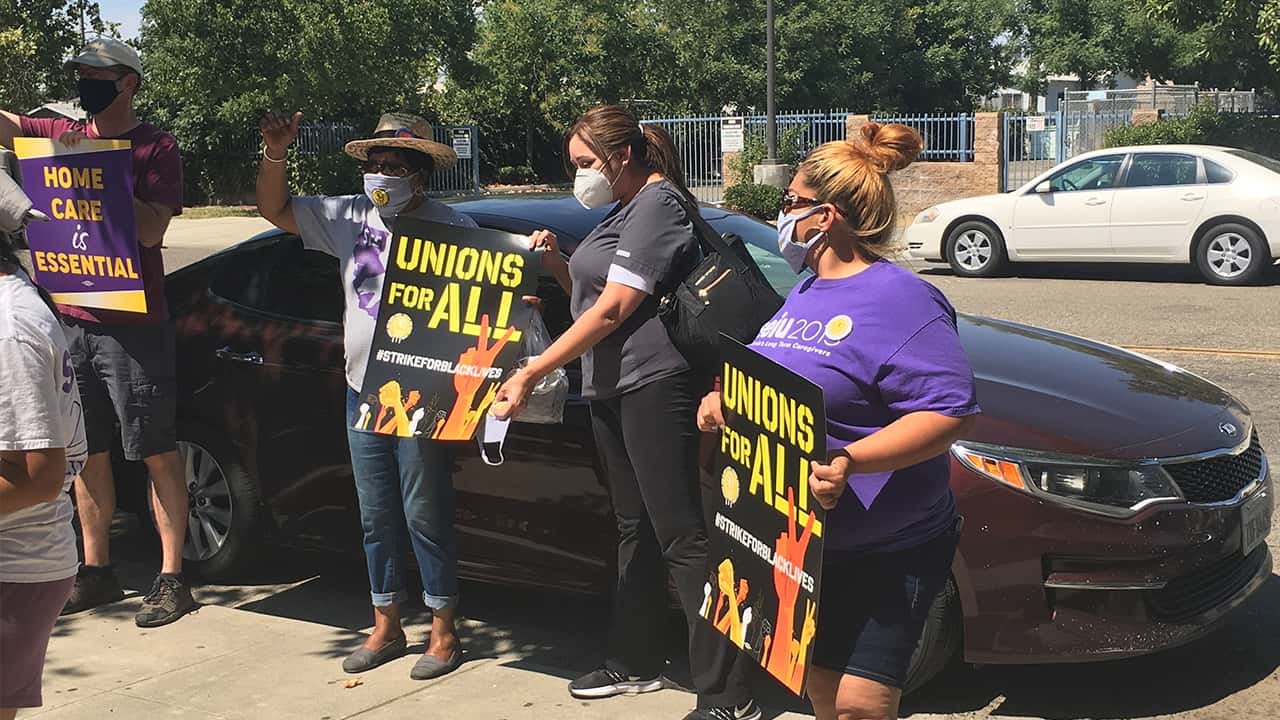 SACRAMENTO — The president of California’s largest state employee union has been ousted from the post she held for 13 years and replaced by a candidate who promises to end the organization’s political involvement while bolstering its membership, according to results from a low-turnout election posted by the union.

Under Yvonne Walker’s leadership since 2008, Service Employees International Union Local 1000 was a thorn in the side of the state’s last Republican governor, Arnold Schwarzenegger, but negotiated pandemic-driven austerity moves last year with Democratic Gov. Gavin Newsom.

Brown Pledges to Stop Political Spending to Focus on Workers

She was defeated by Richard Louis Brown, an analyst with the state treasurer’s office who started his state employment in 2009 handling unemployment claims at the Employment Development Department. He did not respond to telephone and email requests for comment Tuesday.

Results posted online Monday show Brown with more than 33% of the vote to Walker’s 27% among five candidates for the three-year term. Although the union has 96,000 members, just 7,880 voted.

The union represents workers in nine of the state’s 21 bargaining units, from librarians to nurses, office workers to technicians.

In a reversal of the union’s previously aggressive political role, Brown pledged to stop all direct and indirect spending on politics and focus solely on protecting union jobs and negotiating state labor contracts. To bolster the union’s membership, he said he would reduce union dues by half while increasing transparency.

Walker Says She ‘Had a Good Run’

“I think overall the union will be fine,” Walker said in a telephone interview. “I think I’ve had a good run, I’m proud of the work that I’ve done. I got to build leaders and change people’s lives. … I’ve left a strong foundation for whoever came behind me, a strong union.”

Under Walker, the union did its best to bedevil Schwarzenegger during a 2008 budget impasse with the Legislature. Its members, wearing their purple T-shirts, once staged a 6:30 a.m. “wakeup call” demonstration outside the Capitol-area hotel he occupied when he was in Sacramento, protesting his plan to temporarily reduce workers’ pay to the federal minimum wage.

A year later, it overwhelmingly authorized a strike vote to lobby for ratification of its contract during the state’s fiscal crisis caused by the Great Recession.

With Walker at the helm, the union also called for a strike in 2016 during negotiations with Democratic Gov. Jerry Brown. He went to court to block it before the two sides came to an agreement.

In addition to stop spending union money on political campaigns, Brown promised to create a strike fund for future contact talks while reversing pay cuts of more than 9% imposed under Newsom when the state anticipated a new financial crisis during the coronavirus pandemic.

Instead, the state has seen a record surplus. Newsom has said he expects wages to be restored when the new fiscal year starts July 1, though issues like renewing previously scheduled raises are still being negotiated.