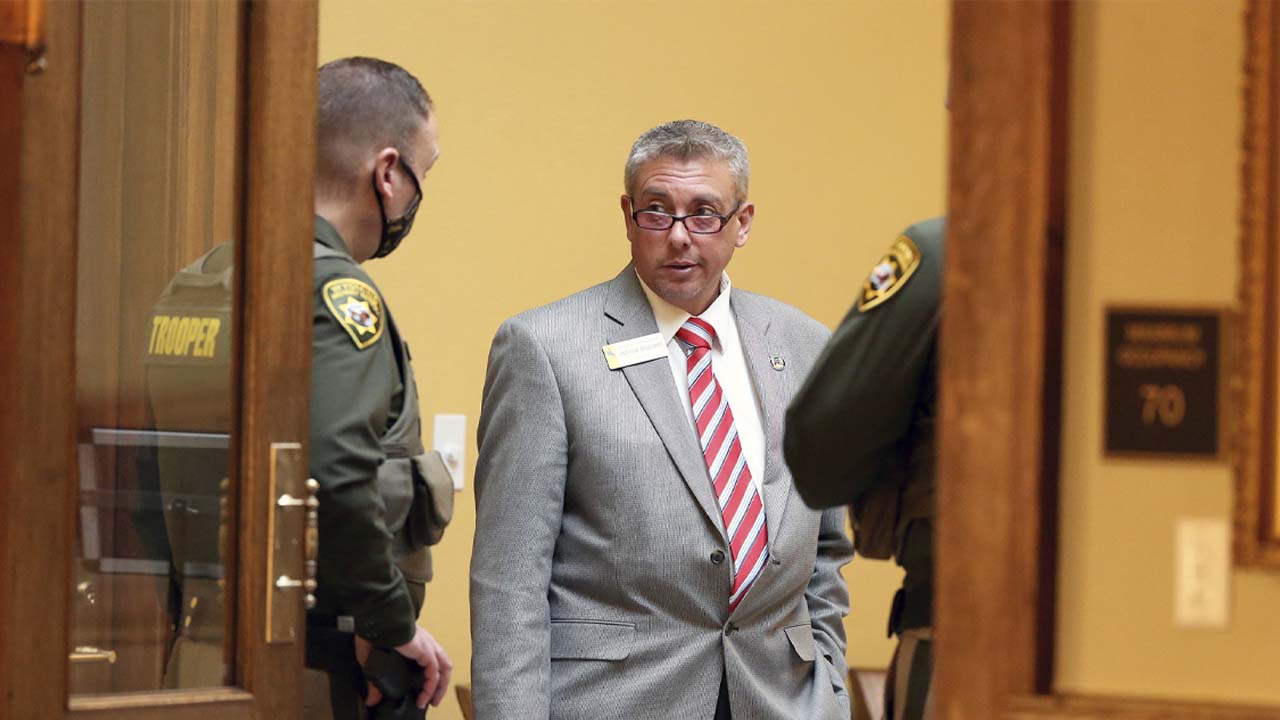 CHEYENNE, Wyo. — Wyoming state Sen. Anthony Bouchard, a Republican trying to unseat U.S. Rep. Liz Cheney next year, revealed that he impregnated a 14-year-old girl when he was 18, describing the relationship as “like the Romeo and Juliet” story in a description that drew a rebuke from a sexual assault prevention group.

Bouchard vowed not to drop out of the race and blamed “dirty politics” for bringing the story to light.

Bouchard, 55, initially disclosed what he described as a typical teenage relationship in a Facebook Live video to supporters on Thursday. He later confirmed the girl’s age to the Casper Star-Tribune.

“It’s a story when I was young, two teenagers, girl gets pregnant,” he said in the video. “You’ve heard those stories before. She was a little younger than me, so it’s like the Romeo and Juliet story.”

Bouchard married the girl when she was 15 and he was 19, when both were living in Florida. They divorced three years later, he told the newspaper. She killed herself when she was 20, Bouchard said.

Online records list a woman with her name as being buried at a Jacksonville cemetery in 1990. The newspaper chose not to identify the woman.

Bouchard, a gun rights activist who co-owns a septic system servicing business with his wife, did not immediately return a phone call from The Associated Press seeking comment.

Framing it as “Romeo and Juliet” is wrong and dangerous, said Kristen Schwartz, executive director for the Wyoming Coalition Against Domestic Violence and Sexual Assault.

“Laws exist to protect young people involved in these situations,” Schwartz said. “There’s a reason we have laws against sexual abuse of a minor and it’s because the brain of a 14-year-old is not developed enough to make mature decisions about sex and sexuality.”“

Schwartz added: “Any language that would minimize things that are a crime is harmful. It’s harmful to survivors and it’s harmful to our greater community.”

Bouchard and the girl were able to legally marry because Florida at the time allowed marriage at any age with a judge’s approval if a pregnancy was involved and a parent consented.

Bouchard is among at least eight Republicans running against Cheney in 2022 after her vote to impeach former President Donald Trump over the Jan. 6 insurrection at the U.S. Capitol.

Bouchard said he decided to post the video to get ahead of a story about his previous marriage. In the video, He claims an unnamed reporter and a “political opposition research company” were driving the effort together.

Bouchard said he didn’t think Cheney was involved in the disclosure and Cheney spokesman Jeremy Adler denied any involvement.

He said he and the girl were under pressure to have an abortion, which they refused. The son, now an adult, has become “almost” estranged from him after making “some wrong choices in his life,” Bouchard said.

“A lot of pressure. Pressure to abort a baby. I got to tell you. I wasn’t going to do it, and neither was she,” Bouchard said. “And there was pressure to have her banished from their family. Just pressure. Pressure to go hide somewhere. And the only thing I could see as the right thing to do was to get married and take care of him.”

“Bring it on. I’m going to stay in this race,” he said. “We’re going to continue to raise money because my record stands on its own.”

Related Topics:Anthony Bouchard
Up Next

Two Sides of the Street: Bredefeld vs. Palestinian Supporter on Gaza Violence