As US Jobless Claims Fall Again, Some States Ready End to Federal Aid 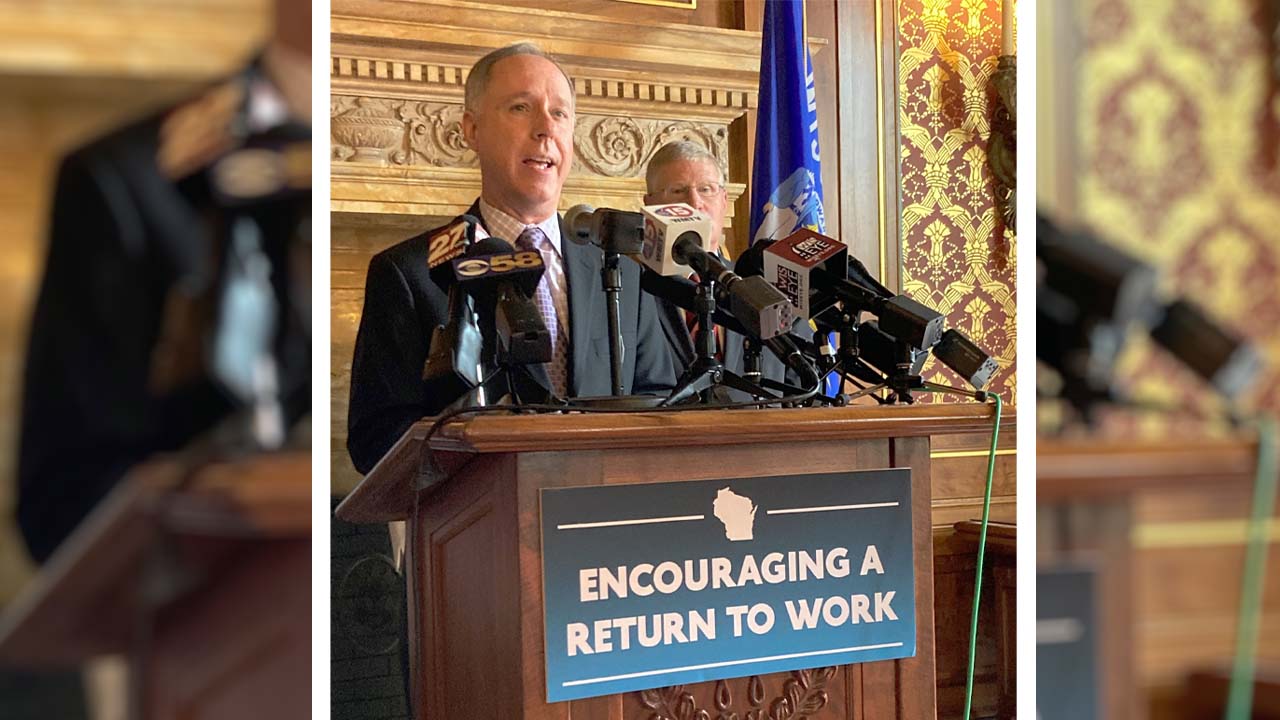 Thursday’s report from the Labor Department coincides with moves by  that they and many business executives blame for discouraging the unemployed from seeking jobs. Those cutoffs will begin in June. Jobless people have been able to receive the $300 weekly benefit on top of their regular state unemployment aid.

In addition to ending the federal benefit, most of the same states are also withdrawing from programs that provide jobless aid to self-employed or gig workers and to people who have been unemployed for more than six months.

Twenty-two states, from Texas and Georgia to Ohio and Iowa, will end the $300 federal payment, starting in June, according to an Associated Press analysis. Two more states, Florida and Kansas, are considering doing so. Those 24 states all have Republican governors and state legislatures. About 3.5 million people will have their benefits reduced in the coming months, according to Oxford Economics.

In Oklahoma, Republican Gov. Kevin Stitt said this week that the state will end the federal benefit on June 26. That was unhappy news for Gilbert Cruz and his wife, Marrissa Enloe-Cruz, whose graphic design company in Tulsa has suffered a collapse in business since the pandemic struck.

Both received jobless aid under the program for self-employed. But even with the $600 a week in extra federal aid between the two of them, they had earned more from their business before the pandemic. Now, they’re unsure what they’ll do, especially because they’re uneasy about sending their 7-year-old son back to school before being vaccinated.

“It’s going to mean picking and choosing what bills to pay, or getting behind on things,” Enloe-Cruz said. “It will mean whether or not we’re able to put food on the table.”

Thursday’s data release showed that applications for unemployment benefits declined 34,000 from a revised 478,000 a week earlier. The number of weekly jobless claims — a rough measure of the pace of layoffs — has declined steadily since the year began.

About 16 million people were receiving unemployment benefits during the week ending May 1, the latest period for which data is available, the government said Thursday. That is down from 16.9 million in the previous week, and it suggests that some Americans who had been receiving aid have found jobs.

As the job market steadily recovers from the pandemic recession, consumers are showing more confidence and spending at a healthy rate. Most economists think the economy could expand 7% this year, which would amount to the fastest annual growth in more than 35 years.

Yet the rapid reopening from the pandemic has created a wide range of supply shortages that have disrupted what economists had hoped would be a smooth rebound. Home building fell sharply in April, for example, as builders struggled with shortages of lumber and labor.

Some Unemployed Are Receiving More from Benefits Than Former Jobs Paid

Eliminating the $300-a-week payment is one of several measures that states have taken to restrict or eliminate jobless aid and press more recipients to seek work. That trend gained momentum after the April jobs report, released earlier this month, showed that employers added far fewer jobs than expected, in part because many couldn’t find enough workers.

Research suggests that roughly half the unemployed are receiving more income from jobless benefits, when you include the weekly $300 federal supplement, than their former jobs paid them. An analysis by Bank of America found that people who earned under $32,000 at their old jobs are likely now receiving more in unemployment aid than they did from working.

Yet some point to the steady decline in the number of Americans receiving jobless benefits as evidence that most of the unemployed are still willing to take jobs when they’re available.

“Today’s data indicates that unemployment aid is not keeping workers on the sidelines,” said Andrew Stettner, a senior fellow at The Century Foundation. “Emergency unemployment aid is doing what it is meant to do: Serving as a temporary lifeline while workers search for and return to work.”

In July last year, four months after the pandemic tore through the economy, roughly twice as many people as now — 32 million — were receiving some form of unemployment benefit, though that figure was likely somewhat inflated by fraud. As recently as late February this year, about 20 million people were receiving aid.

Even so, 21 states say they will also cut off all benefits for the self-employed and gig workers, who became newly eligible for jobless aid under a relief package that was enacted in March last year. They will also drop out of a federal program for people who have been out of work for more than six months.

Those moves will end all benefits for approximately 3.6 million of the nearly 16 million people receiving aid — about one in four of current recipients — according to the Century Foundation.

In addition, 35 states have reinstated a requirement that jobless aid recipients search for work in order to keep receiving benefits. That requirement had been suspended at the start of the pandemic, when many businesses were closed and Americans were encouraged to stay at home.

In Dayton, Ohio, work evaporated for Terri Ashman, a house painter, and her husband, Steve, a remodeler, after the pandemic hit in March of last year. They struggled to obtain unemployment benefits because of delays that resulted from a flood of applicants that overwhelmed many state workforce agencies.

Eventually, they did receive aid and began to save money, in part because of the $300-a-week federal payment. By then, they had moved in with Terri’s mother after a period of homelessness.

They now have nearly the entire $8,000 payment they need for their new home in Celina, near Dayton. They are required to pay a year’s rent because of their credit problems.

But the two have little else saved and were counting on the continued federal payments through September to pay bills. Terri Ashman, 54, just received her second coronavirus vaccine shot, but she struggles with asthma and high blood pressure. She said she is willing to work even minimum wage jobs. But first she needs to get back on her feet.

“We finally were almost able to crawl out of this hole,” she said. “Without (the $300), we’re going to be living on the edge of the cliff.”

Related Topics:unemployment benefits
Up Next

EXPLAINER: How Did Hamas Grow Its Arsenal to Strike Israel?