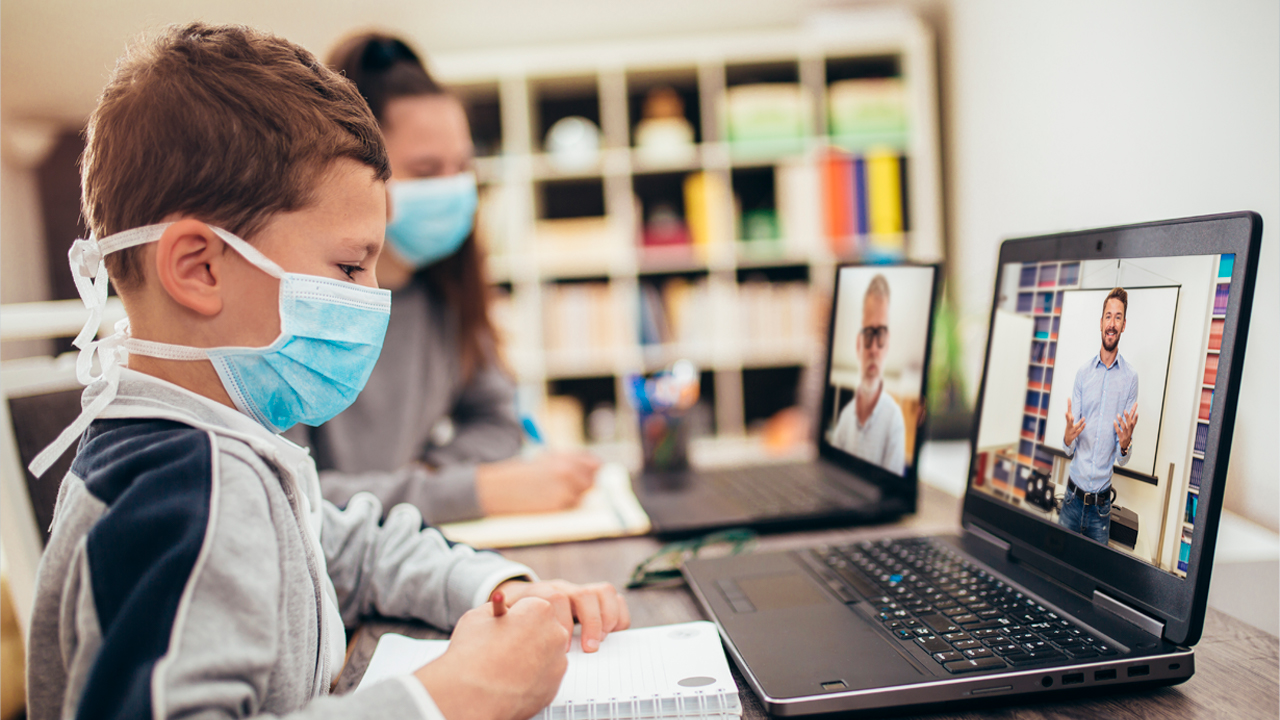 Although on paper California’s schools have reopened their classrooms after being closed to battle the spread of COVID-19 infection, most pupils will close out the year still struggling to learn at home or, in too many cases, having given up for a lack of technical and human support.

“Although 87% of California’s traditional public schools have reopened for some form of in-person instruction, fewer than half of students have returned either full time or part time in a hybrid model,” EdSource revealed. “A total of 55% of all public school students, including those in charter schools, were at home, in distance learning, as of April 30, according to an EdSource analysis of new data released by the state.

“EdSource found that two-thirds of students in district schools with the largest proportions of low-income families were in distance learning, compared with only 43% of students in schools with the fewest low-income families —adisparity that may partly explain a widening learning gap between wealthy and poor students that researchers and teachers suspect the pandemic has enlarged.

“Higher COVID rates in poor communities contributed to the disparity. Parents in highly infected areas have been reluctant to send their children back to school, and teachers in those areas resisted returning. Parents in low transmission areas, meanwhile, pressured school boards to reopen.”

California Lagging Well Behind Other States

California is something of an outlier, according to monthly surveys of school reopening by the federal government’s Institute of Education Sciences. With full classroom access available to only 11% of its students, the state is at or near the bottom, according to its March survey. Other states ranged to as high as 100%. In arch-rival Texas, 93% of students have full classroom access.

Months-long stalemates between teacher unions and local school leaders over the terms of reopening have been a major factor in California’s tardiness. Gov. Gavin Newsom and the Legislature’s dominant Democrats, who are politically allied with the unions, have been noticeably unwilling to intervene.

However, leaving reopening decisions in local hands has undermined the promise of universal public education and led to the disparity that EdSource noted —classroom access for kids in upscale communities and homebound status quo in poor communities.

California already had an immense “achievement gap” before the pandemic flared and there’s absolutely no doubt that the disparity has widened over the last 14 months, as a December report from McKinsey & Co. on national school trends underscores.

“Educators, parents, and students know firsthand the high cost of this prolonged period of remote learning, from rising rates of depression and anxiety to the loss of student learning,” the report declared. “The COVID-19 pandemic has taken an especially heavy toll on Black, Hispanic, and Indigenous communities. Along with robbing them of lives and livelihoods, school shutdowns could deny students from these communities the opportunity to get the education they need to build a brighter future.”

Newsom, facing a recall election next fall, has been running around the state declaring that the worst of the pandemic is over, that California’s economy will soon fully reopen and that he expects that schools will return to normal schedules after summer.

Even if those predictions come true, California’s neediest children will have fallen further behind their peers with diminishing chances of ever catching up.

CalMatters is a public interest journalism venture committed to explaining how California’s state Capitol works and why it matters. For more stories by Dan Walters, go to calmatters.org/commentary.
Related Topics:Education
Up Next