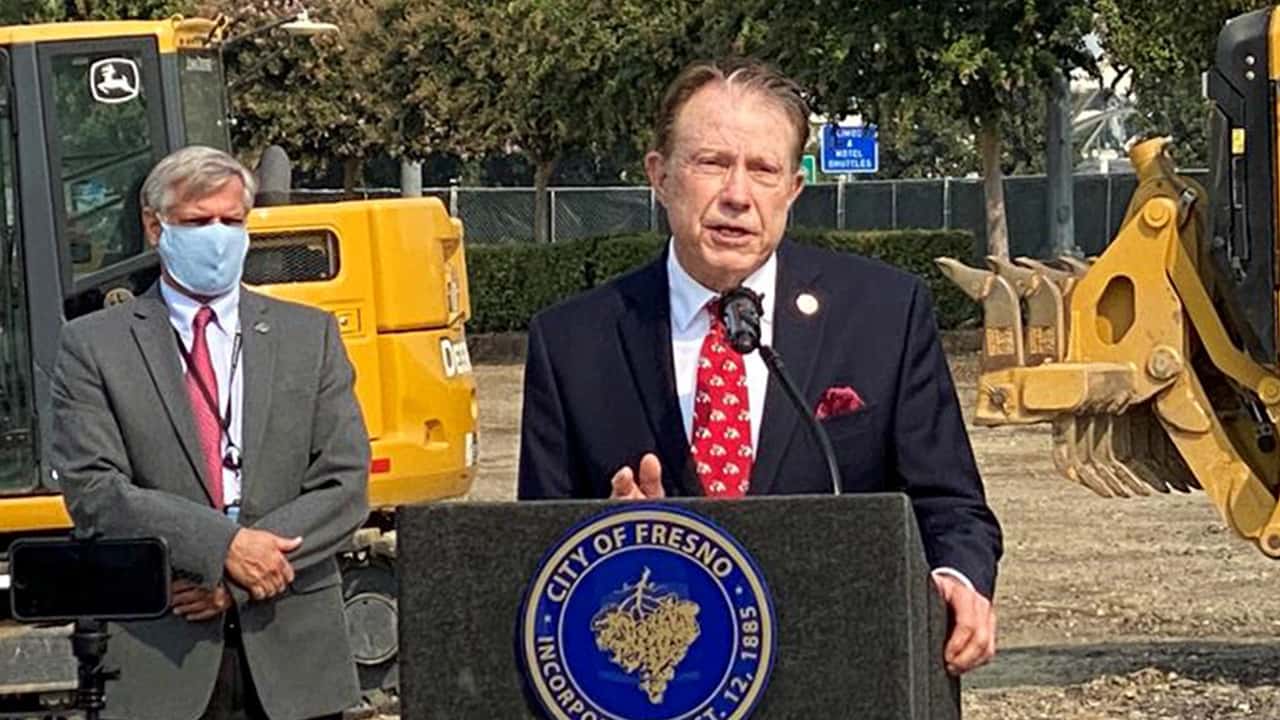 Caprioglio left office in January, terming out after two election victories and eight-plus years representing east-central Fresno (he also served as the district’s interim councilman in 2008).

Dictos, however, plans to run again. He’s loaned himself nearly $55,000 and says he is willing to loan more.

“There’s a lot of things that still have to be done before I can finish my work. I intend to run and I intend to have an aggressive campaign,” Dictos said. 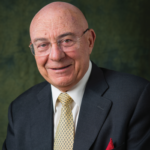 “There’s a lot of things that still have to be done before I can finish my work. I intend to run and I intend to have an aggressive campaign” — three-term incumbent Assessor-Recorder Paul Dictos

However, she has never raised money after transferring her considerable campaign war chest. She has spent down some, mostly on contributions to other candidates. Still, she has more than $460,000 remaining — ample funding to campaign for the position.

Neither Caprioglio nor Poochigian responded to Politics 101’s request for comment.

Ose, the former three-term Republican congressman from Sacramento, spoke to about 50 people at a Fresno County Republican Party event, criticizing Gov. Gavin Newsom and advocating for the recall.

“Gavin Newsom has established a record of failure, which is inarguably unacceptable. Whether it’s your schools or the EDD or the lack of water or the disaster in the forests, whatever it is you want to focus in on, Newsom seems to decide this would be the best solution and then do exactly the opposite from that. And it’s left us in a heck of a spot and he has to go,” Ose told Politics 101. 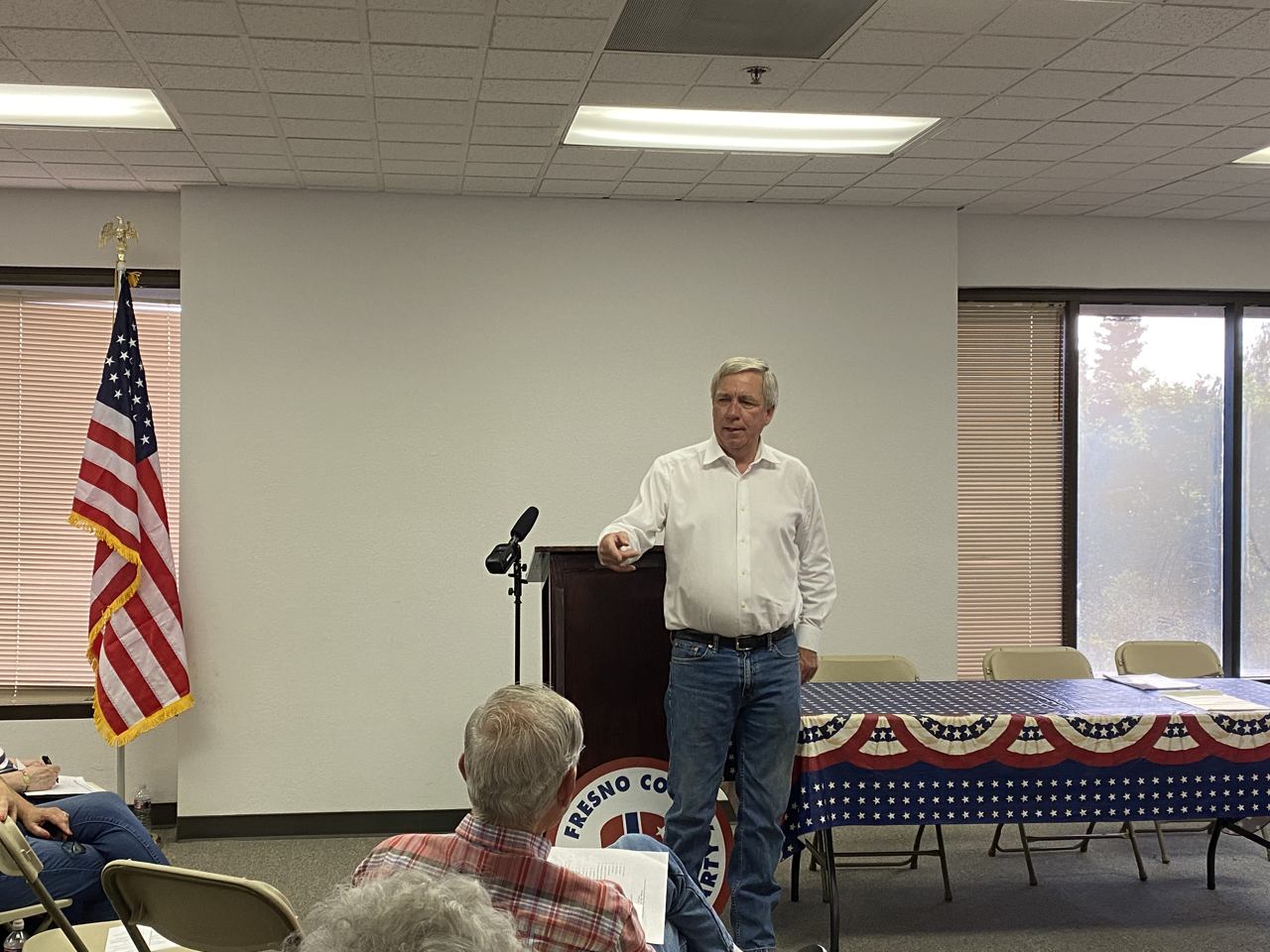 Last week, as part of his $5 million ad blitz, perennial candidate Cox made a bus stop tour in Fresno County (without the Kodiak bear that appeared at other events). The “Beauty and the Beast” candidate attracted his seven staff members and a handful of local media.

Ose says his experience as an elected official and a businessman — his background is a commercial real estate developer — makes him the best recall candidate.

According to a Berkeley Institute of Governmental Studies poll released Tuesday, none of the four leading Republicans seeking Newsom’s job is creating a buzz among voters.

“Why would we give money to foreign nationals? We have all these problems here domestically,” Ose said, talking about broken roads among other problems.

According to a Berkeley Institute of Governmental Studies poll released Tuesday, none of the four leading Republicans seeking Newsom’s job is creating a buzz among voters.

“When voters are asked whether they would be inclined or not inclined to vote for each candidate, fewer than one in four voters statewide say they are currently disposed to back them,” writes Mark DiCamillo, the poll’s director.

“Former San Diego Mayor Kevin Faulconer and former gubernatorial candidate John Cox receive the largest shares of voters inclined to support their candidacies (22%).  However, in each case, more than twice as many are not inclined to do so and about three in ten have no opinion. Former congressman Doug Ose receives the backing of 14% in this setting, although 48% of voters are not inclined to back his candidacy.”

The poll also indicated that 36% of voters want Newsom recalled. That mark is unchanged from January.

You check out the poll at this link. 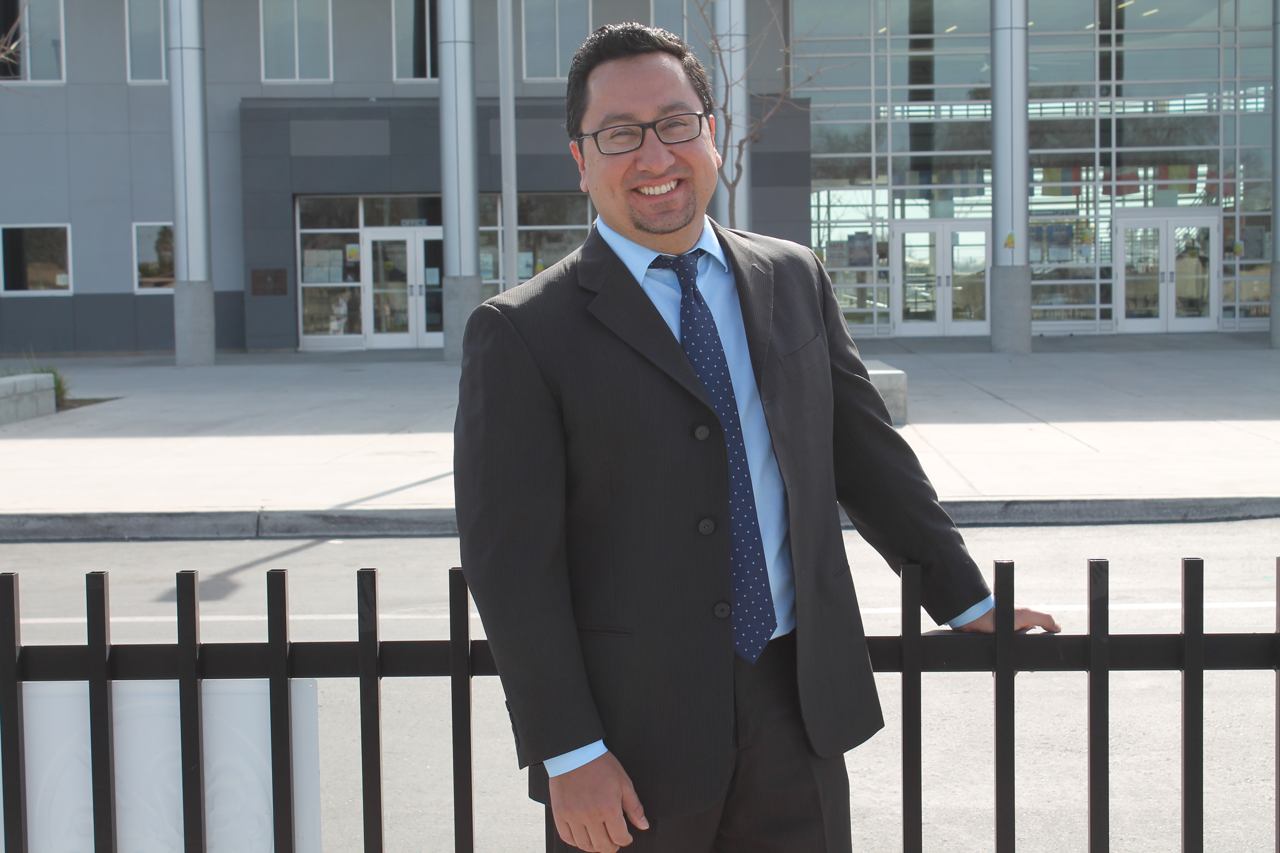 Fuentes, a staff attorney for the U.S. District Court in Fresno, would replace Debra McKenzie, whose term expires June 30.

If confirmed by the Fresno City Council, he would be the lone District 3 representative on the commission. He lives in downtown Fresno.

One of the most frequent issues the planning commission votes on is approving conditional use permits for stores that want to sell alcohol. The city council has recently cracked down on issuing such permits.

“I am generally opposed to issuing CUP for the sale of alcohol for off-site consumption in areas that are oversaturated with liquor stores, relative to other areas within and around the city. However, if confirmed, I would consider each application for a CUP on its own merits,” Fuentes said.

Fuentes ran unsuccessfully for the Fresno Unified school board in 2018. He serves on the city’s District 3 Project Review Committee as well as the Anti-Displacement Task Force.

Nominations Up for Vote on Thursday

The City Council is scheduled to vote on Fuentes’ nomination and the nomination of Haley Wagner-Drilling at Thursday’s meeting.

This is the second time the council has a chance to discuss Wagner-Drilling’s nomination. Her name appeared on the April 8 agenda, but did not come to a vote because councilmembers said they had not had a chance to speak with her.

Wagner-Drilling says she has since had councilmembers reach out to her. She would fill the vacant slot most recently occupied by Raj Sodhi-Layne. She resigned from the commission in March to pursue other goals.

Fuentes said he has not met with any councilmembers.

Dyer would have one other potential pick. Commission chairwoman Kathy Bray’s term expires June 30 as well. She could serve another term if nominated, or continue  in the seat until a new commissioner is confirmed.

Last month, Newsom announced that Salazar, 74, will continue his role on the Commission on Judicial Performance. He has served on the panel since 2020.

According to the state’s website, the commission is “responsible for investigating complaints of judicial misconduct and judicial incapacity and for disciplining judges.”

1.4B but No More? China’s Population Growth Closer to Zero