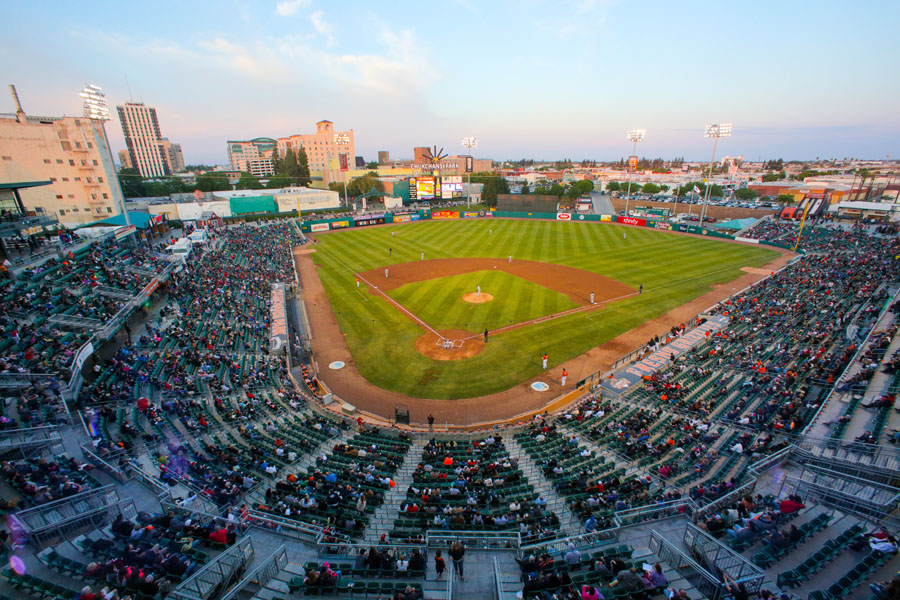 Parker will return to Chukchansi Park when the Fresno Grizzlies play their 24th season. But, things will be much different when the Grizzlies return from their 2020 pandemic-induced “hibernation.”

The yellow-furred mascot will be restricted to the stands with his dancing and goofiness. Only baseball personnel — such as players, coaches, batboys, and batgirls — will be allowed on the field.

At this stage of the pandemic, the Grizzlies can host 33% of capacity, or about 3,300 fans at each game.

Team president Derek Franks says that is just one of the many adjustments fans, players and staff will deal with. Changes on and off the field include a new level of play and a new parent club.

“It’s been a different challenge for our fans, for our staff to still create as much of that same experience with the limitations that are unique to this time,” Franks said.

The home opener is tonight. The Grizzlies started the season on May 4 at the San Jose Giants.

Thank you to all joining us tonight! https://t.co/iChYS7Olyc

A New Affiliation with the Rockies

The Grizzlies went from Triple-A to what’s called, at least for now, Low-A West. But they will play the teams that comprised the California League last year. Instead of a two-year deal with an MLB team, the Grizzlies entered into a 10-year agreement with the Colorado Rockies.

“Being closer to Major League Baseball in our new arrangement is going to mean a trickle-down of their resources, their technology, their media partnerships, their corporate partnerships,” Franks said. “So I think that Major League Baseball will have a different influence on the fan experience, too. And that may not be evident in year one, but I think that’s what our fans can look forward to seeing in the next 10 years.”

The season will be shorter, with 60 home dates instead of 72. 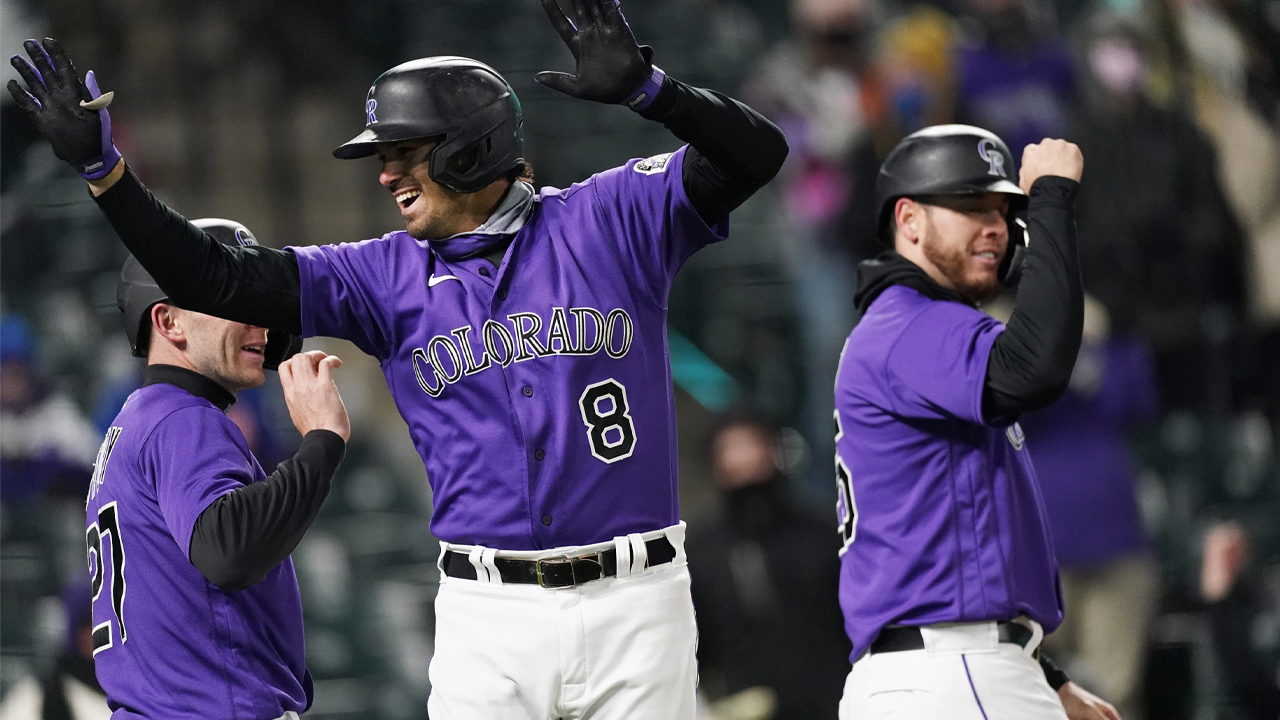 With Fresno County advancing to the orange tier on the state’s pandemic rating, the Grizzlies can host 33% of capacity, or about 3,300 fans.

Tickets, at least for the first month of the season, will be sold online only. The ticket window won’t be open.

“That will help us better prepare for the crowd that we expect to be there so we can make sure all of our protocols are in place,” Franks said.

Vaccinations not Required for Fans

Seating will be limited to six-person pods, with the first few rows empty to provide a buffer zone with players. Masks for fans and staff are required, but testing and vaccines are not.

Part of the allure of the minors is between-inning fun and games. That, along with ceremonial first pitches, will have to wait.

“There will be no first pitches and nobody on the field to start the season,” Franks said. “We will have alternatives that will still be entertaining. We do have a way to incorporate the special guests and folks into the game experience without taking them on the field.”

More games will be played through the video board.

Fourth of July Fireworks Are Back

Pandemic restrictions mean no autographs or player interaction. But, some baseball standards remain.

“We’re excited to expand on the Fourth of July in a way that we haven’t been able to do with the old schedule.” — Grizzlies President Derek Franks

“We’re planning to play the Seventh Inning Stretch and keep as many of the traditions as we can. We will find a way to make sure that we do all of this in accordance with recommendations,” Franks said.

The Grizzlies will host a July 4th game with fireworks. In fact, the team will play at home the entire week, a prospect that excites Franks.

“We’re excited to expand on the Fourth of July in a way that we haven’t been able to do with the old schedule,” Franks said. 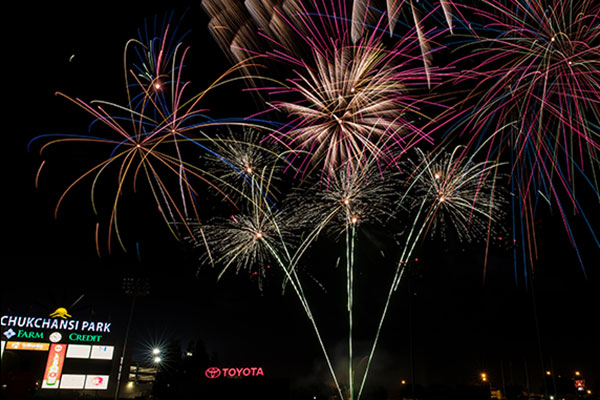 The Fresno Grizzlies will play at home the entire week of Fourth of July in 2021. (downtownfresno.org)

The Grizzlies will still have concessions open, but they may look different.

“You’ll see a streamlined menu for us to make sure that we’ve got a leaner menu that’s easier to pull off fast. We want to make sure that the service is quick. We’re looking into a mobile ordering system where you can order from your seat. We’ll still bring in food trucks and have some of the local offerings as well right now,” Franks said.

During May, Franks says the Cantina picnic area, Fresno Social (a bar/lounge along the left-field line), and the splash park will be closed.

But the luxury boxes and the Kodiak Club will be open.

“You’ll see prepackaged food versus buffets. But for the most part, you will still have indoor access to those areas,” Franks said.

And yes, beer and special deals will still be on tap.

Playing in the Pacific Coast League — as the Grizzlies did from 1998-2020 — meant early morning cross-country flights or long bus trips. With all their opponents in California, and several within 3-4 hour drives, travel will be easier.

“We’ll be traveling up and down the state of California by bus only. And so for our players, that’s going to mean a lot more rest time. They’re going to end up coming home right after games as opposed to staying on the road. No early report times to the airport. A lot easier travel schedule in our new league versus the PCL, which is arguably the hardest travel league in the entire minor league system,” Franks said.

Also, each series will be six games instead of the usual three or four games.

The Grizzlies also have a next-door rival in the Visalia Rawhide. Because of the close proximity, the teams have the option of commuting to each game. That could save costs on hotel rooms.

“The big saving really for us is on the air travel. So we will spend more on bussing than we did previously,” Franks said.

Broadcasters will have to make their own travel accommodations to road sites. That means long-time Grizzlies radio voice Doug Greenwald could have to drive his own vehicle to places like San Jose and Lake Elsinore. 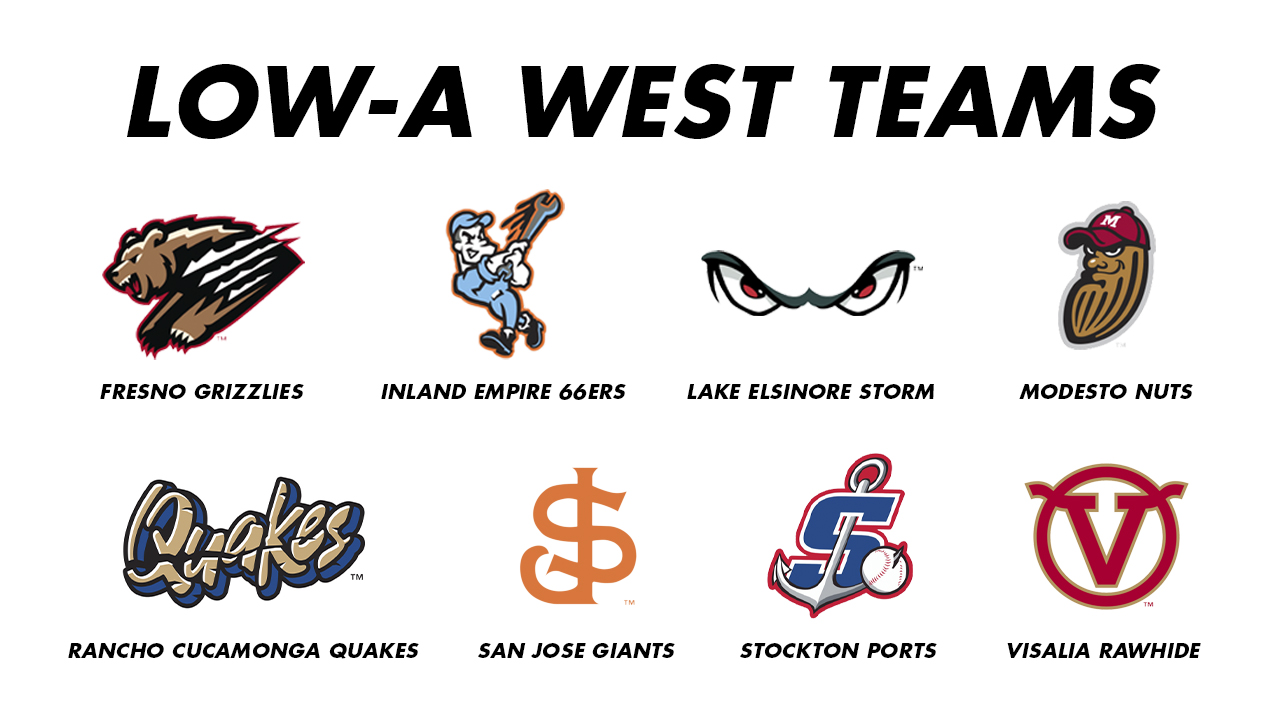 With the shift from Triple-A to Low-A, the players will be younger and have less experience. Some might come straight out of high school and college.

While in Fresno, players will stay at an apartment complex as they had when the team was in Triple-A.

“They help our players with a few of the apartment locations that they have, where they create flexible leases and furnished apartments so that guys that are getting called up and down have flexibility to plug and play, so to speak,” Franks said. “So we’re thankful for that arrangement. It really makes it easy for the players.”

Traditionally, players stay with host families at the lower levels. But that’s another casualty of the pandemic.

“We’ve asked our host families to sit tight until 2022. Our guys this year we’ll all be finding apartments in town,” Franks said.

But, what they can do in town will be restricted. That includes how long players can stay at restaurants and other off-field activities.

The Future of Chukchansi Park

As part of Fresno’s survival in the minor league system, the lease with the city was altered again. While the team will pay less rent, it ensures baseball will be played at the stadium for the long term. Both parties also contribute to a capital expense fund.

The team will expand safety netting around the seating areas. Franks said there are some long-term plans to upgrade “behind the scenes areas” to make them more compliant with MLB standards.

Franks also hopes to replace the outdated scoreboard in the next few years.

“Our video board is coming to the end of its life, so to speak. And that’s one of the many projects as we look ahead,” Franks said.

Also, the 15-year naming rights deal with the Chukcansi Gold Resort & Casino expires at the end of the year. The tribe behind the casino paid $1 million a year.

“You could say that baseball is here because of that partnership, because it’s meant so much to this franchise,” Franks said. “They’ve been awesome, too, in making adjustments this year with (the pandemic) restrictions.”

A New League, but Same History?

Technically, the name of the league is Low-A West, not the California League. When MLB took over the minor league system, it did not inherit the individual league’s names. Franks says they will figure out how to carry over the history, records, and traditions into the new venture.

At least for the first season, there will be no All-Star Game nor playoffs.

Amid Outcry, NBC Says It Will Not Air Golden Globes in 2022