1.4B but No More? China's Population Growth Closer to Zero 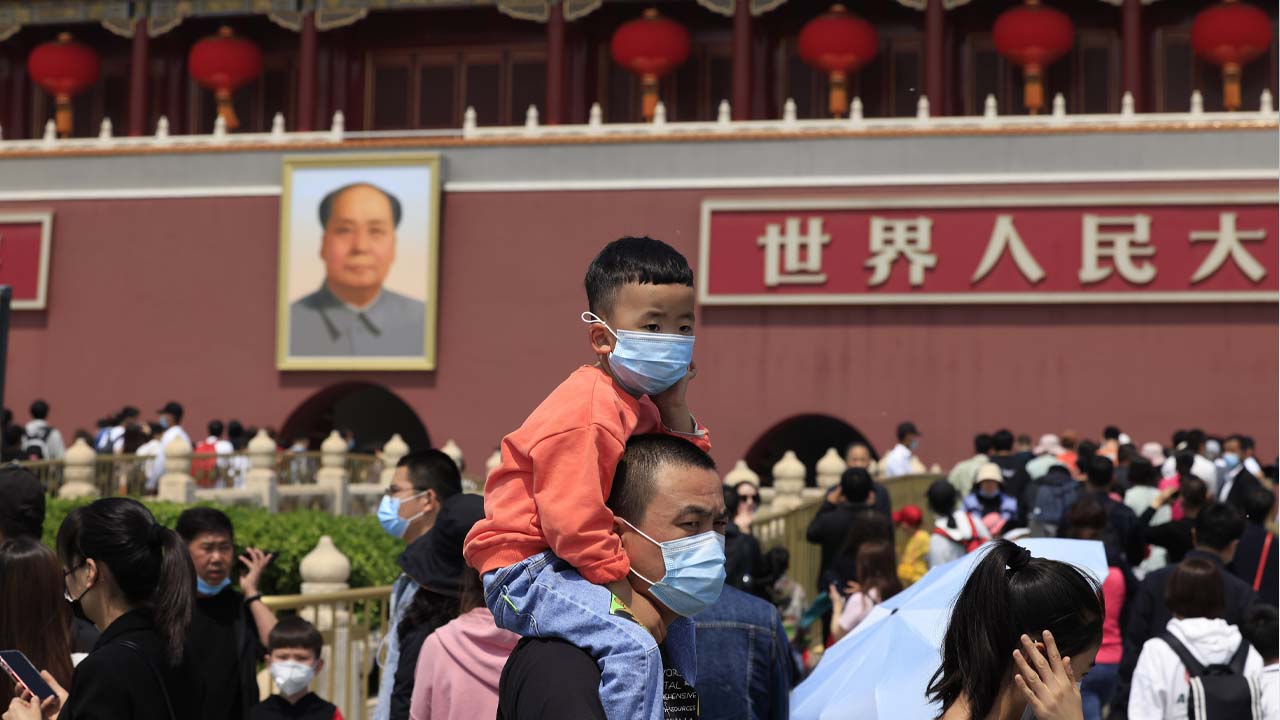 BEIJING — China’s weak population growth is falling closer to zero as fewer couples have children, government data showed Tuesday, adding to strains on an aging society with a shrinking workforce.

The population rose by 72 million people over the past 10 years to 1.411 billion in 2020, the National Bureau of Statistics announced after a once-a-decade census. It said annual growth averaged 0.53%, down by 0.04% from the previous decade.

Chinese leaders have enforced birth limits since 1980 to restrain population growth but worry the number of working-age people is falling too fast, disrupting efforts to create a prosperous economy. They have eased birth limits, but couples are put off by high costs, cramped housing and job discrimination against mothers.

The percentage of children in the population edged up compared with 2010, while the share 60 and older rose faster. The pool of potential workers aged 15 to 59 shrank to 894 million, down about 5% from a 2011 peak of 925 million.

Changes in birth limits and other policies “promoted a rebound in the birth population,” Ning said. However, he said there were 12 million babies born last year, which would be down 18% from 2019’s report of 14.6 million.

China, along with Thailand and some other developing Asian countries that are aging fast, faces what economists call the challenge of whether it can grow rich before it grows old. Some forecasters warn China faces a “demographic time bomb.”

Reflecting the issue’s sensitivity, the statistics agency took the unusual step last month of announcing the population grew in 2020 but gave no total. That looked like an effort to calm companies and investors after The Financial Times reported the census might have found a surprise decline.

“We are more concerned about the fast decline in the working-age population,” said Lu Jiehua, a professor of population studies at Peking University.

The population of potential workers aged 15 to 59 will fall from three-quarters of the total in 2011 to just above half by 2050, according to Lu.

“If the population gets too old, it will be impossible to solve the problem through immigration,” said Lu. “It needs to be dealt with at an early stage.”

Many share crowded apartments with their parents. Child care is expensive and maternity leave short. Most single mothers are excluded from medical insurance and social welfare payments.

Some women worry giving birth could hurt their careers.

“When you have a kid, you take pregnancy leave, but will you still have this position after you take the leave?” said He Yiwei, who is returning from the United States after obtaining a master’s degree. “Relative to men, when it comes to work, women have to sacrifice more.”

Japan, Germany and some other rich countries face the same challenge of supporting aging populations with fewer workers. But they can draw on investments in factories, technology and foreign assets. By contrast, China still is a middle-income country with labor-intensive farming and manufacturing.

The decline in the working-age population “will place a cap on China’s potential economic growth,” said Yue Su of the Economist Intelligence Unit in a report. That is a “powerful incentive to introduce productivity-enhancing reforms.”

The International Monetary Fund is forecasting Chinese economic growth of 8.4% this year following a rebound from the coronavirus pandemic. The ruling Communist Party wants to double output per person from 2020 levels by 2035, which would require annual growth of about 4.7%.

The numbers reported Thursday reflect a gain of 11.8 million people, or 0.8%, over the official estimate for 2019, when the government says the population edged above 1.4 billion for the first time.

The party took its biggest step in 2015 when rules that limited many couples to having only one child were eased to allow two.

However, China’s birth rate, paralleling trends in South Korea, Thailand and other Asian economies, already was falling before the one-child rule. The average number of children per mother tumbled from above six in the 1960s to below three by 1980, according to the World Bank.

Demographers say official birth limits concealed what would have been a further fall in the number of children per family.

The one-child limit, enforced with threats of fines or loss of jobs, led to abuses including forced abortions. A preference for sons led parents to kill baby girls, prompting warnings millions of men might be unable to find a wife, fueling social tension.

Thursday’s data showed China has 105.7 million men and boys for every 100 women and girls, or about 33 million more males.

The ruling party says the policy averted shortages of food and water by preventing as many as 400 million potential births. But demographers say if China followed Asian trends, the number of additional babies without controls might have been as low as a few million.

After limits were eased in 2015, many couples with one child had a second but total births fell because fewer had any at all.

India to Become Most Populous Country by 2025

Yi Fuxian, a senior scientist in obstetrics and gynecology at the University of Wisconsin-Madison, says the population started to fall in 2018. His book “Big Country With An Empty Nest” argued against the one-child limits.

Chinese regulators talk about raising the official retirement age of 55 to increase the pool of workers.

Female professionals welcome a chance to stay in satisfying careers. But others resent being forced to work more years. And keeping workers on the job, unable to help look after children, might discourage their daughters from having more.

The latest data put China closer to be overtaken by India as the most populous country, which is expected to happen by 2025.

India’s population last year was estimated by the U.N. Department of Economic and Social Affairs at 1.38 billion, or 1.5% behind China. The agency says India should grow by 0.9% annually through 2025.

Related Topics:Chinapopulation growth
Up Next