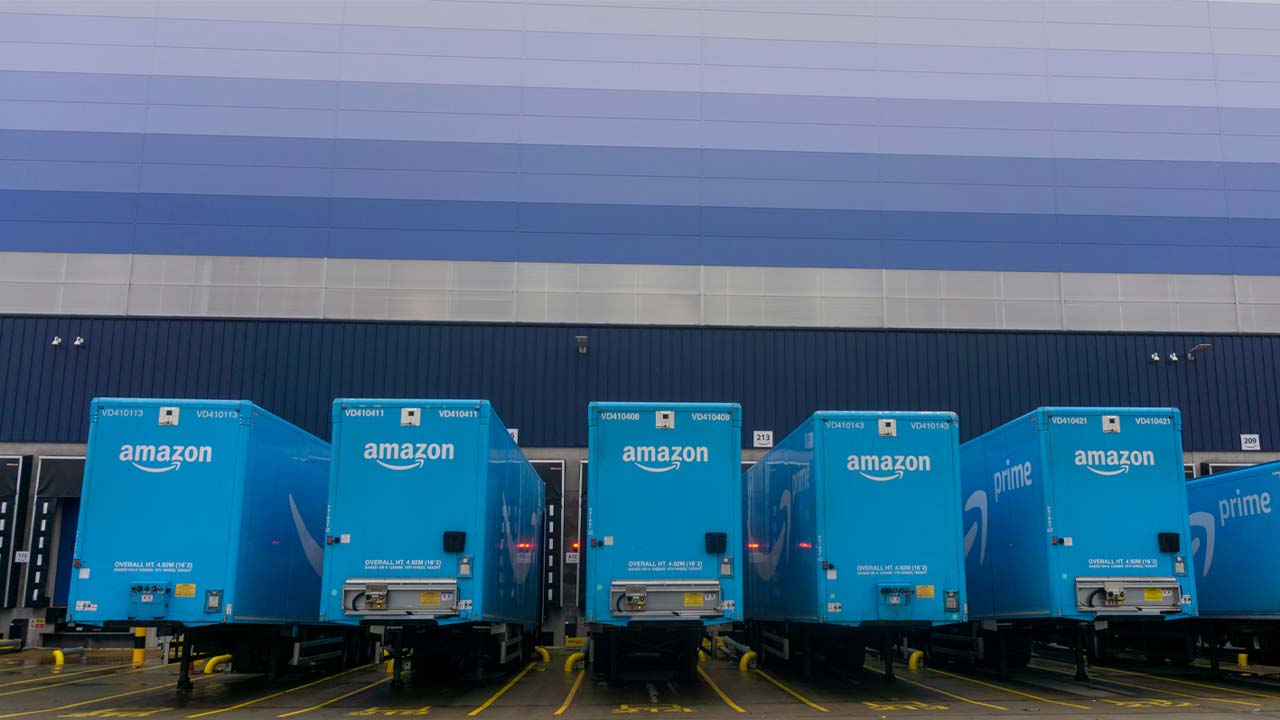 LOS ANGELES — Southern California air quality regulators on Friday were considering a rule that would curb diesel emissions from thousands of trucks that ferry goods from the growing number of massive warehouses in the region run by Amazon and other companies. Areas around the facilities have weathered increased pollution affecting their largely minority communities.

The so-called warehouse rule scheduled for a vote by the South Coast Air Quality Management District board would institute a points-based system requiring some 3,000 distribution centers to choose from a menu of options to reduce or offset emissions. It could include choices like replacing diesel trucks and other equipment with electric models, putting in rooftop solar panels or installing air filters at nearby schools or day cares.

“Warehouse operators could prepare and implement a custom plan specific to their site, or they could pay a mitigation fee,” according to the proposal before the board. The fees would go toward funding similar air quality improvements in surrounding neighborhoods.

Environmental and community groups have for years pushed tighter regulations to help neighborhoods inundated with smog-forming nitrogen oxides from trucks driving to and from sprawling warehouse complexes owned by Amazon and other distributors across the inland region east of Los Angeles.

“These communities are often disadvantaged and people of color. So it’s part of our ongoing commitment to address the environmental justice inequity, as well as addressing the overall regional air quality pollution,” Wayne Nastri, the South Coast district’s executive officer, said Thursday.

More than 2.4 million people live within half a mile of at least one large warehouse and those areas have higier rates of asthma and heart attacks, and are disproportionately Black and Latino, district officials said.

The agency’s 13-member board was expected to vote on the rule following an online public hearing. Presentation of the proposal began after board members honored clean-air trailblazer William A. Burke, who is retiring after 23 years as chairman.

“Today is historical. It couldn’t be a better day to go home,” Burke said.

The district said in a socioeconomic impact assessment report earlier this year that the regulations would provide public health benefits worth $2.7 billion from 2022 to 2031 — including 5,800 fewer asthma attacks and 300 fewer deaths.

“The health benefits will be immense,” said Adrian Martinez, an attorney for the environmental group Earthjustice. “The way we move goods in this country has got to be electric, for the sake of clean air and a breathable future.”

The goods-distribution industry is urging air quality regulators to reject the proposal, saying the rule amounts to a tax and is beyond the legal authority of the South Coast district.

B.J. Patterson, chief executive of Pacific Mountain Logistics, which employs more than 65 people at a 200,000-square-foot (18,580-square meter) warehouse in San Bernardino, said the rule would unfairly penalize his operation for pollution that is out of his control. Patterson told the Los Angeles Times he wants the air board to send the proposal “back to the drawing board.”

Patterson said he did not know which of the compliance options his company would select. Most of the forklifts used inside are already electric, he said, and he does not control which trucks come in and out.

Opting to pay the mitigation fees would cost his business close to $200,000 a year, he estimated.

Patterson said his clients, which include large retailers and food companies, “have made it very clear that they don’t think this is their issue and they don’t want to pay.”

South Coast district officials said they are acting in order to meet federal smog-reduction deadlines in 2023 and 2031.