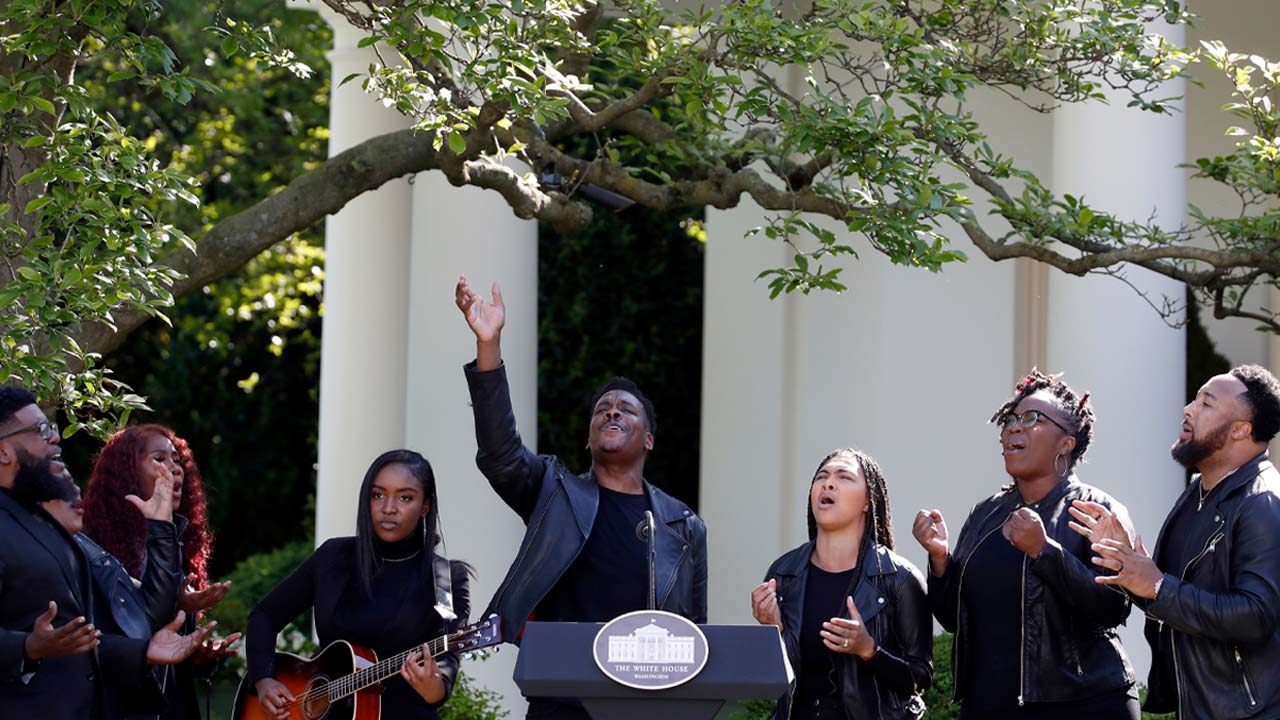 U.S. soldiers were fighting in Korea when President Harry S. Truman signed a congressional resolution calling for an annual National Day of Prayer. The purpose was for people to gather in houses of worship to pray for world peace, according to an Associated Press report from April 17, 1952.

Since 1988 the event has taken place on the first Thursday in May, diligently observed by some churches, ignored by others. The 70th edition this week comes after a year wracked by a devastating pandemic, political polarization and turmoil related to racial injustice.

President Joe Biden, in a proclamation declaring Thursday to be the National Day of Prayer, said prayers could help America overcome these adversities.

“As we continue to confront the crises and challenges of our time — from a deadly pandemic, to the loss of lives and livelihoods in its wake, to a reckoning on racial justice, to the existential threat of climate change — Americans of faith can call upon the power of prayer to provide hope and uplift us for the work ahead,” he said.

Several faith leaders spoke to the AP about lessons learned from the recent challenges and about their prayers for the days ahead.

The Rev. Jacqui Lewis, whose Middle Collegiate Church in New York City was gutted by fire Dec. 5, said she’ll share a prayer for the nation and the world with her multicultural congregation that goes beyond denominations and religion, what she called “a prayer to love, for love.”

She’s inviting people to pray for an end to the pandemic as well as the rebuilding of her historic church in lower Manhattan.

Lewis called it “a powerful symbol that the nation would pray on the same day at the same time.” Yet she said that despite the day’s nonpartisan nature, “it hasn’t felt free of partisan politics in the last few years.”

Citing the Jan. 6 insurrection at the Capitol as a low point, Lewis said, “My prayer is that we can bounce from that place to a place where the nation’s children belong to all of us … where policing and safe communities are issues that belong to all of us. That disrupting racism belongs to all of us. An economy in which everyone can eat and be well and safe and have housing.”

In Brazoria, Texas, about 50 miles southwest of Houston, John Elkins said he and most of his congregation at Sovereign Grace Fellowship pray daily, which colors his view of the National Day of Prayer.

“It’s when the rest of the nation gets on board with what we’re already doing,” the Southern Baptist pastor said. “We get excited. But we know that on Friday, much of the nation isn’t going to be praying.”

As for his own prayers, Elkins said a central aspiration is that people “begin to interact with each other with a love for humanity.”

Prayers for Political Divisiveness Caused by the Pandemic

Political divisiveness also was on the mind of Bishop Paul Egensteiner, who oversees 190 churches in the Metropolitan New York Synod of the Evangelical Lutheran Church in America.

“We need to pray for unity and the ability to come together around those things that matter,” he said. “After the year we’ve been through, praying for more commitment to that would be a worthy effort.”

Egensteiner lamented that even the pandemic and vaccinations are potential fodder for political differences and called for people to rediscover that “what binds us together is stronger and more important than what drives us apart.”

Also in his thoughts: the vital, often-overlooked duties performed by front-line workers: from hospital employees to people delivering groceries.

“We realize how much we need them,” Egensteiner said. “We need to show them our appreciation and care.”

The Rev. David Fleming of Our Savior Lutheran Church in Grand Rapids, Michigan, said much of his prayers and ministry for the past year have focused on older, homebound parishioners, and on fellow pastors nationwide.

The executive director for spiritual care with Doxology, a denomination-wide program providing spiritual care and counseling for clergy, Fleming said that during the pandemic about 280 pastors participated in socially distanced in-person retreats and dozens more received counseling by telephone.

“The pastors have done an incredible job — they’ve been available 24/7,” Fleming said. “The biggest problem: They work super-hard and they get wiped out.”

The interfaith group Religions for Peace USA has organized a national, virtual service reflecting on racism, as the country grapples with questions of racial injustice.

It’s “looking at the original sin of our country, which is racism,” executive director Tarunjit Singh Butalia said, pointing to last month’s mass shooting at a FedEx warehouse where a former employee killed eight people including four members of Indianapolis’ Sikh community.

As a Sikh, Butalia said he hopes the Day of Prayer can also follow in his faith’s view of “chardi kala,” which the Sikh Coalition defines as “resilience and boundless optimism, even in the face of adversity.”

“The National Day of Prayer is symbolic,” Butalia said, “but it represents a higher commitment for all of us.”

Zahid Bukhari, who will deliver the closing prayer for the interfaith service, said people need divine guidance more than ever amid the global coronavirus crisis.

The Day of Prayer also offers a chance to reflect on other issues such as “why the systemic racism, discrimination, poverty, hunger, inequality, hate and police brutality still exist in our societies,” said Bukhari, the executive director of the ICNA Council for Social Justice, a Muslim advocacy group.

He noted with delight that year it falls during Ramadan, the Muslim holy month of fasting, worship, charity and contemplation.

“It is a wonderful coincidence,” Bukhari said. “Ramadan is the month for reconnecting with God and sharing the blessings of God with other human beings.”

Related Topics:National Day of Prayer
Up Next

Caitlyn Jenner to Critics: ‘I Move on’ She Says in Interview