Caitlyn Jenner to Critics: 'I Move on' She Says in Interview 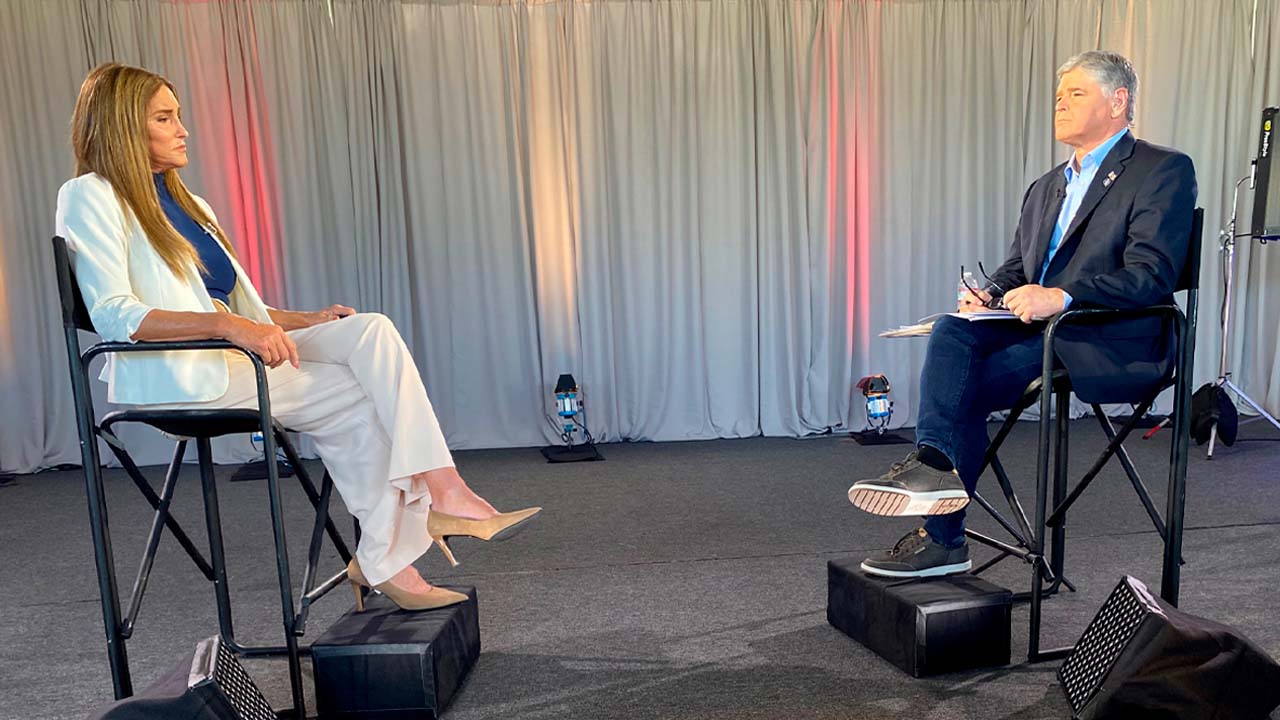 LOS ANGELES — Caitlyn Jenner, a Republican whose campaign for California governor has elicited angry reaction from some members of the LGBTQ community, said Wednesday that “I move on” when it comes to her critics.

Her comment came during a one-on-one interview with Fox News host Sean Hannity, which marked some of her first words in public since announcing her candidacy for the expected recall election that could remove Democratic Gov. Gavin Newsom.

In their wide-ranging chat, Jenner used the friendly platform of Hannity’s stage to stake out positions on issues from immigration to forest management. She said she would reopen the state immediately after more than a year of pandemic restrictions, opposed efforts to defund police departments and suggested that funds from the state’s troubled high-speed rail project should be channeled into desalination plants to provide more water in the drought-prone state.

But she also displayed signs of a first-time candidate, occasionally stumbling over answers, rambling or providing only generalities. At one point she said she supported illegal immigration, but corrected herself after Hannity spoke up. But she also made no disastrous blunders that might follow her throughout the campaign.

While discussing her place as a transgender role model, Jenner lamented the high suicide rate within the community and added, “For me to be a role model for them, to be out there. I am running for governor of the state of California, who would ever thunk that? We’ve never even had a woman governor.”

But Hannity queried back: “But some are mad at you.”

Jenner shook her head and stumbled over her initial response. “I move on,” Jenner said.

Last weekend, Jenner witnessed an outcry from many in the transgender community after she told TMZ that she opposes transgender girls competing in girls’ sports at school, calling it “a question of fairness.”

She hinted she would have more to say on the issue.

“I just said biological boys in sports. There’s more to it than that, and I think in the future I will explain more of that,” she added.

During the interview, which took place at Jenner’s private airplane hangar near Malibu, California, she also endorsed the border wall that was a signature project for former President Donald Trump.

And she also acknowledged the obvious: As someone coming from outside government, she’ll need advice from a brain trust of policy experts. In a Jenner administration, she said she would “surround myself with some of the smartest people out there.”

“I am an outsider,” Jenner said. “I understand that.”

The 71-year-old Jenner — who won the men’s Olympic decathlon in 1976 and decades later became a reality TV star and transgender woman — announced her candidacy about two weeks ago in a written statement on Twitter. Since then, her campaign has been slow to unfold.

Prior to the interview, she has posted on Twitter and released a video and other materials on her website that provided only a rough sketch of how she would manage the nation’s most populous state.

Jenner calls herself a “compassionate disrupter” but struggled when asked by Hannity to explain the phrase.

“I was thinking the other day, I think I’m more of a thoughtful disrupter,” she said. “I have common sense.”

When asked if she would eliminate so-called sanctuary status for people who entered the country illegally, her answer lacked specifics. Jenner said she would maintain a sanctuary state for small business to create jobs, but went on to indicate she would otherwise oppose it and never made clear how such a system would work.

At another point she talked of the value of immigration and told a story about a man who overstayed a visa. “He is the nicest, greatest guy,” Jenner said. “I would do everything for him to stay here.” Later, she said the state would work closely with federal immigration authorities to crack down on violations.

The taping took place in an exclusive area. Malibu is known as a playground for the wealthy, with sprawling mansions perched above the Pacific. It has about 12,000 mostly white residents, and the median value of homes is over $2 million, according to government statistics.

Her cautious steps into the campaign highlight the risks for a political newcomer who could be tripped up by a vast array of complex subjects, from immigration to tax policy to vaccine distribution.

The written statements and video released so far, which include shots of her Olympic competition and gold medal, appear intended to introduce Jenner’s story to voters who might know little about her.

Indeed, a significant portion of the interview involved Jenner recalling her personal history. She spoke movingly about the struggle with identity issues throughout much of her life that led to her decision to come out as a woman in 2015.

“I can be myself now. I couldn’t do it before, because I had too many secrets,” she said.

With the Olympics more than four decades behind her, she’s probably best known these days for reality TV shows, “Keeping Up with the Kardashians” and the spin-off, “I Am Cait.”

“For a candidate like Caitlyn Jenner to win, it has to be like a layered cake. The bottom layer has to be Trump supporters,” said Bill Whalen, a research fellow at Stanford University’s Hoover Institution who was a speechwriter for former GOP Republican Gov. Pete Wilson.

“Where do you go to get Trump supporters? Simple. Sean Hannity,” Whalen said.

Jenner made headlines in recent years with her ties to Trump, who lost to Joe Biden in the state by over 5 million votes.

Jenner supported Trump in 2016 but later criticized his administration’s reversal of a directive on transgender access to public school bathrooms. She also split with Trump after he said transgender people would not be allowed to serve in the U.S. military.

The challenge she faces is getting past what Whalen called the “giggle factor” that comes with being a reality TV figure looking to run the largest state government in the country and the fifth-largest economy in the world.

Newsom’s campaign sent out a fundraising appeal in advance of the interview, warning that “This is a huge event for the far right. It will introduce this recall attempt to people across the country. We have to be ready for what comes next.”