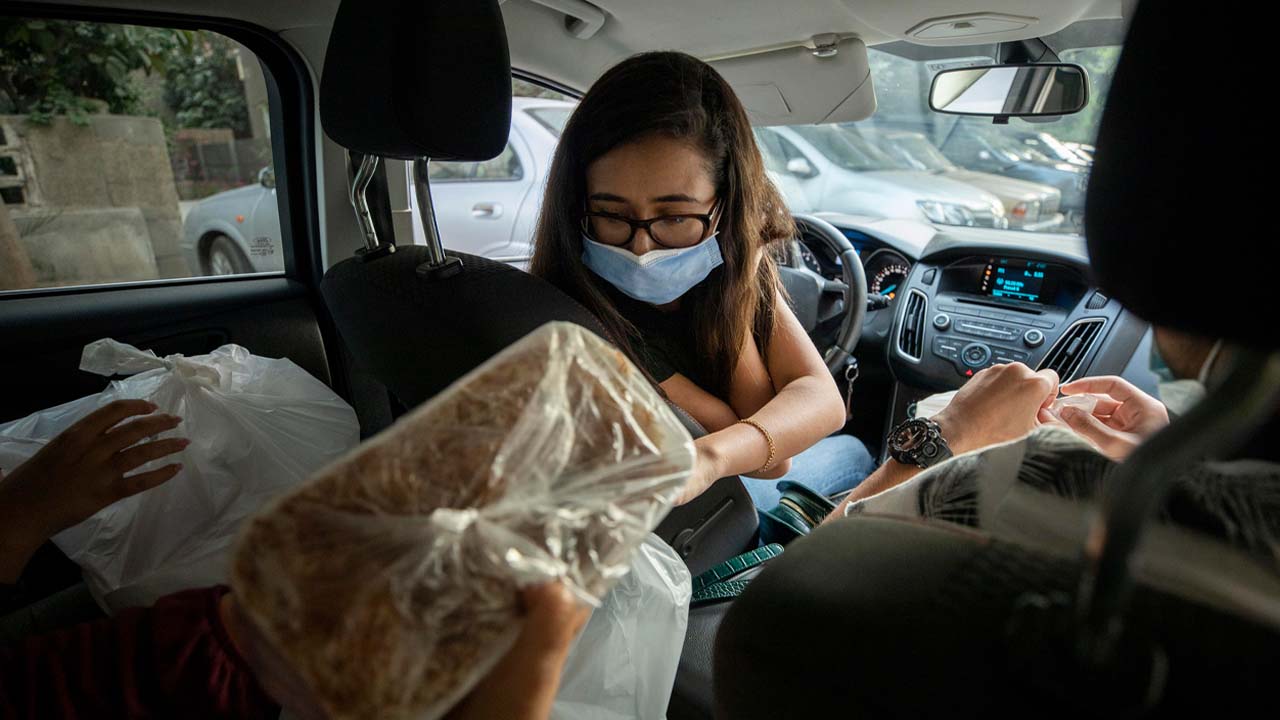 A few years ago, Mariam Yehia, her mom and a friend started a Ramadan tradition — they bought hot meals and handed them out to the needy in Cairo so they can break their fast during the Muslim holy month.

“We feel really good that we try as much as we can to help people,” Yehia said. But “we feel always that we’re not doing enough.”

This year, an online post gave the 26-year-old a way to do more.

Yehia Provides for the Hungry by Supporting Struggling Chef

A friend wrote on Facebook about Mahmoud Kamal, a chef who needed financial help. So instead of getting the iftar meals from a restaurant near her home, Yehia decided to buy them from Kamal.

She and her group placed a first order of 60 meals that included chicken, rice and vegetables. For a little extra money, Kamal added dates and juice.

Ramadan, when Muslims fast from sunrise to sunset, is a time for heightened giving and empathy. In Egypt, free communal iftar meals typically see strangers huddled around long tables on the street to break their fast together. But such tables were banned due to the coronavirus, and Yehia felt the need to give had been amplified.

“Some kids run to their parents when you tell them that you’re giving out meals, and they’re very excited and happy,” she said. “It breaks our hearts, but … at least seeing them happy and excited to just get a simple meal is really something.”

Others Encouraged to Pay it Forward

Yehia then decided to make a post of her own, recommending the meals and encouraging people to either order from Kamal or suggest other cooks who may also need more business. Her post ended up getting about a thousand shares.

“The idea of going an extra mile to do two good things instead of one in one simple act, I think this is what resonated with people,” she said. “It’s all about encouraging people to do good things.”

Jana El Daour is the friend who made the original post that inspired Yehia and others. El Daour had never met Kamal but heard from an acquaintance who knew him that he was in debt.

She was used to seeing her father give rides to strangers who needed them and, growing up, she and family members would pack meals to distribute in Ramadan or toys to give out during religious feasts. So she wanted to help.

“Often we get overwhelmed with everything we need to do and with work. … We’re in a bubble, so when I find a chance to break away from the bubble and help, I do what I can,” El Daour said. “It was just a post. I don’t feel like I did much.”

It didn’t feel that way to Kamal.

Since El Daour’s post, phone calls and orders have been streaming in. Some paid for the meals and requested he distribute them to the needy himself. He said he would send them a video showing him handing out the food. Others told him they just wanted to help him.

His wish now is to meet El Daour. “I really want to thank her,” he said.

“Often we have this negative outlook on life and on people,” El Daour said. “But this just proved that people are still good, still share, still support and still help each other.”

Caitlyn Jenner to Critics: ‘I Move on’ She Says in Interview