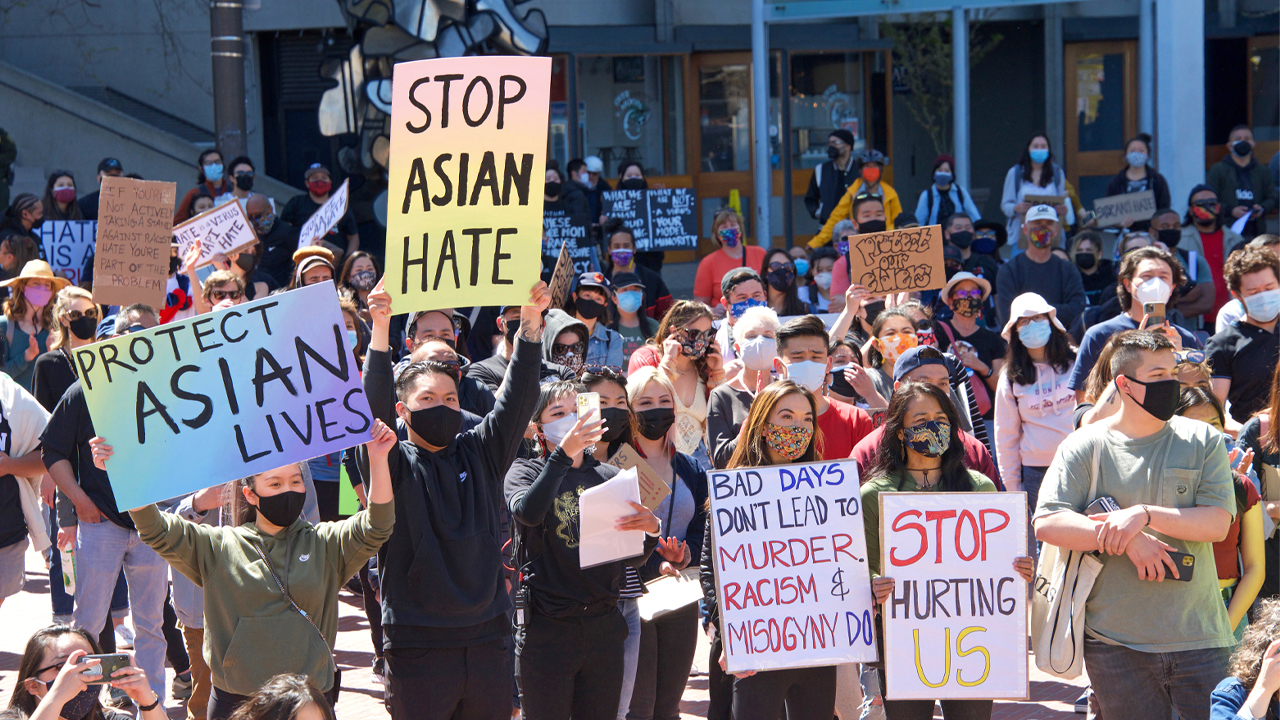 Officers sent to the scene shortly before 5 p.m. found the wounded women, who were taken to a hospital. There was no immediate word on the condition of the women, who were 65 and 85.

Witnesses told KPIX-TV that a man clutching a knife was walking down Market Street when he approached a bus stop, stabbed the women and then walked away.

A 54-year-old San Francisco man was arrested on suspicion of committing the attack several hours later, police told the station.

Police didn’t immediately indicate whether the women were specifically targeted or whether the attack might be a hate crime.

Hate Crimes on Asian Americans Continue Around the Nation

Asian Americans have been the targets of unprovoked attacks in the San Francisco Bay Area and elsewhere in the nation in recent months.

California prosecutors have filed assault and hate crime charges against a man accused of an attack last week in which he allegedly yelled racial slurs before knocking down Carl Chan, president of the Oakland Chinatown Chamber of Commerce.

In separate San Francisco attacks in March, an 83-year-old Vietnamese man was knocked down and broke his neck in the fall, and a 77-year-old woman was similarly attacked. Police arrested a man on charges of assault and elder abuse in both cases.

Another 83-year-old San Francisco Bay Area man was pushed down in February, broke a hip and spent weeks in the hospital and in rehabilitation.

In New York, a man was arrested last month on hate crimes charges in connection with last month’s attack on a Chinese immigrant in East Harlem.

The 61-year-old victim was collecting cans when he was attacked from behind, knocked to the ground and kicked in the head.

That attack echoed an earlier assault on a Filipina American woman near Times Square. A parolee who had been convicted of killing his mother two decades ago was arrested.