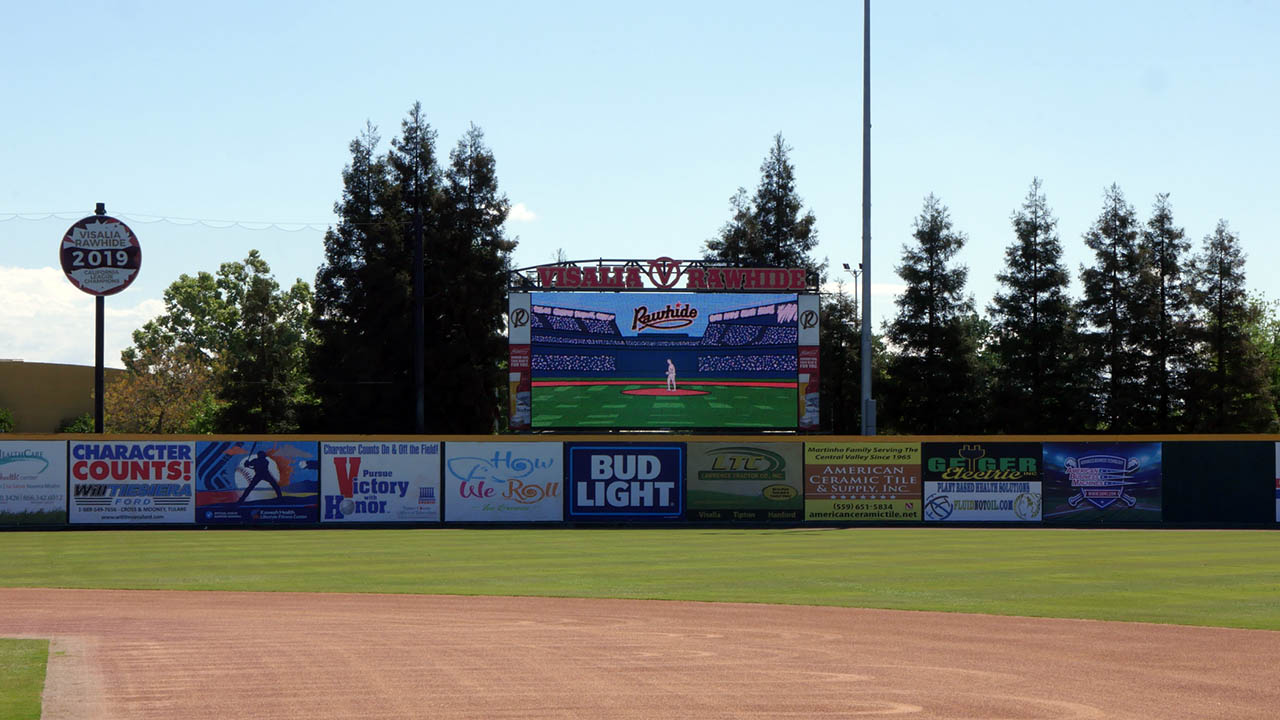 “We think that the name Valley Strong Ballpark just really brings out the strength and the resiliency that this Valley has had to go through during this pandemic.” — Visalia Rawhide spokeswoman and broadcaster Jill Gearin

Baseball returns Tuesday for the Visalia Rawhide, a 6 p.m. contest versus Lake Elsinore. Fans will experience a new stadium name — Valley Strong Ballpark — and a new scoreboard in left-center field.

With the 2020 season wiped out, the team had to push back its celebration of the 2019 Cal League championship. The banner is already hanging along with titles from 1971 and 1978.

Because of the pandemic, neither fans nor Tipper — the team’s bovine mascot — are allowed on the field for fun and games. But events will take place on the scoreboard.

“It came at a perfect time because of COVID-19, where we can’t have first pitches, we can’t have on-field game experiences. So instead, we’re going have a mobile camera going around where every single fan is  going to be able to see it, even though it’s not on the field,” team spokeswoman and broadcaster Jill Gearin said.

The full-color LED scoreboard is approximately 35 feet wide and 18 feet high. The city spent nearly $600,000 — through its lease with team owner First Pitch Entertainment — for the unit provided by Nevco.

Visalia enters its 15th year as an affiliate of the Arizona Diamondbacks. The contract was extended 10 years this past offseason. 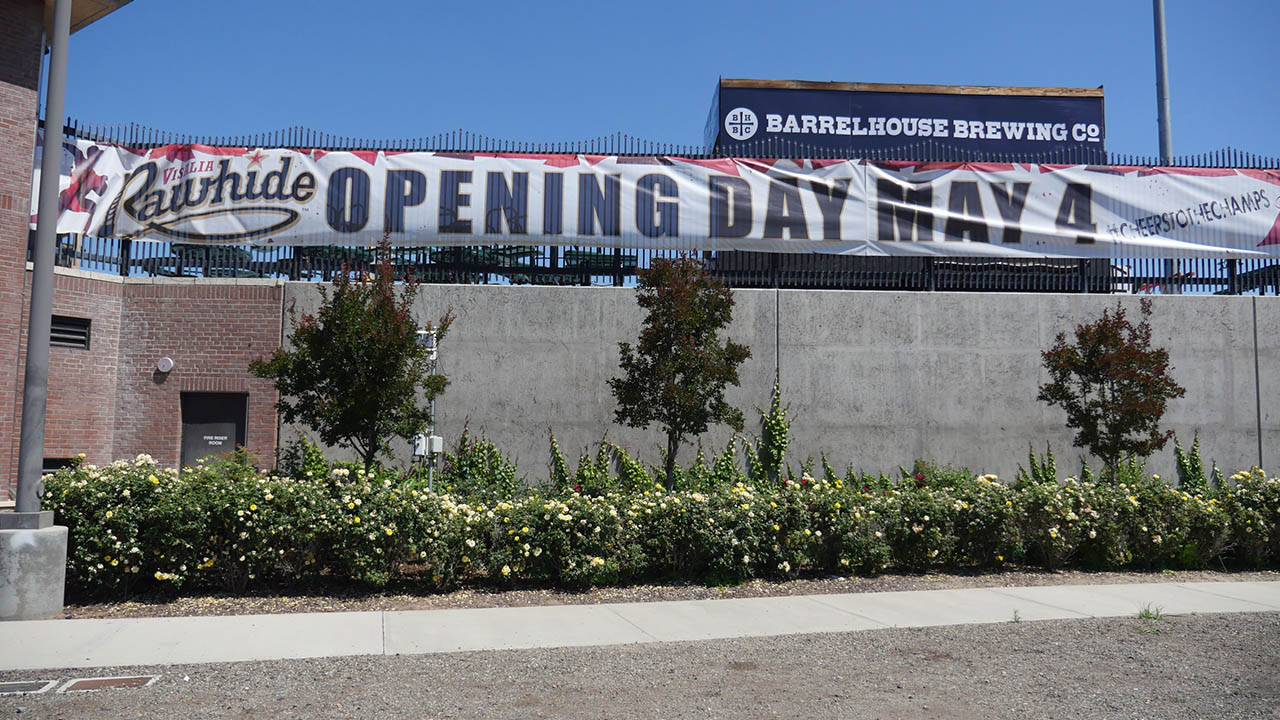 Capacity will be limited at Valley Strong Ballpark — capped at 800 fans — about a third of the total seating. Fans can sit in groups of up to six.

Some seating will be completely restricted, including general admission seating in the “pasture” area and the first three rows behind home plate.

“We’re not doing a lot of individual tickets this year because we had so many people want to buy full season tickets,” Gearin said.

Masks are required, but fans won’t have to present proof of testing or vaccination.

Food concessions will remain open, but season ticket holders have an option to bypass the line. 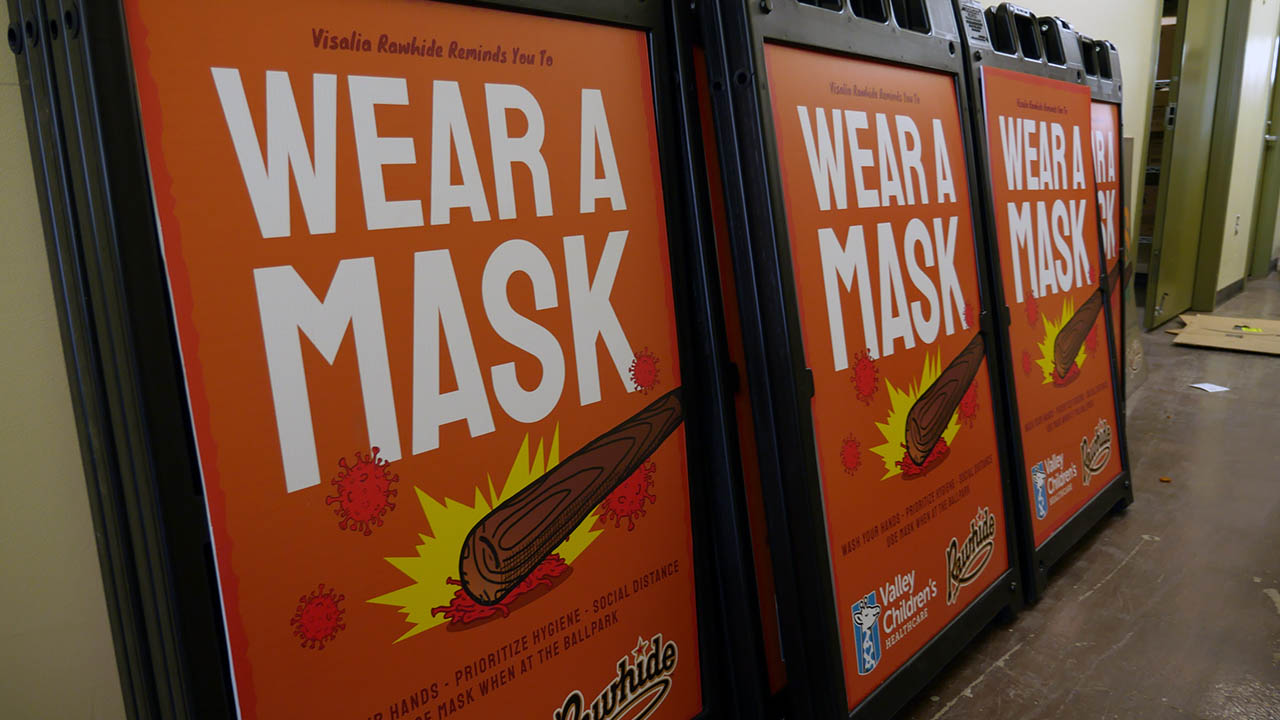 “We think that the name Valley Strong Ballpark just really brings out the strength and the resiliency that this Valley has had to go through during this pandemic,” Gearin said.

While the team would not reveal financial details, the name change did require the approval of MLB and the Visalia City Council.

The credit union’s name is relatively new as well. It used to be known as Kern Schools Federal Credit Union until last year. 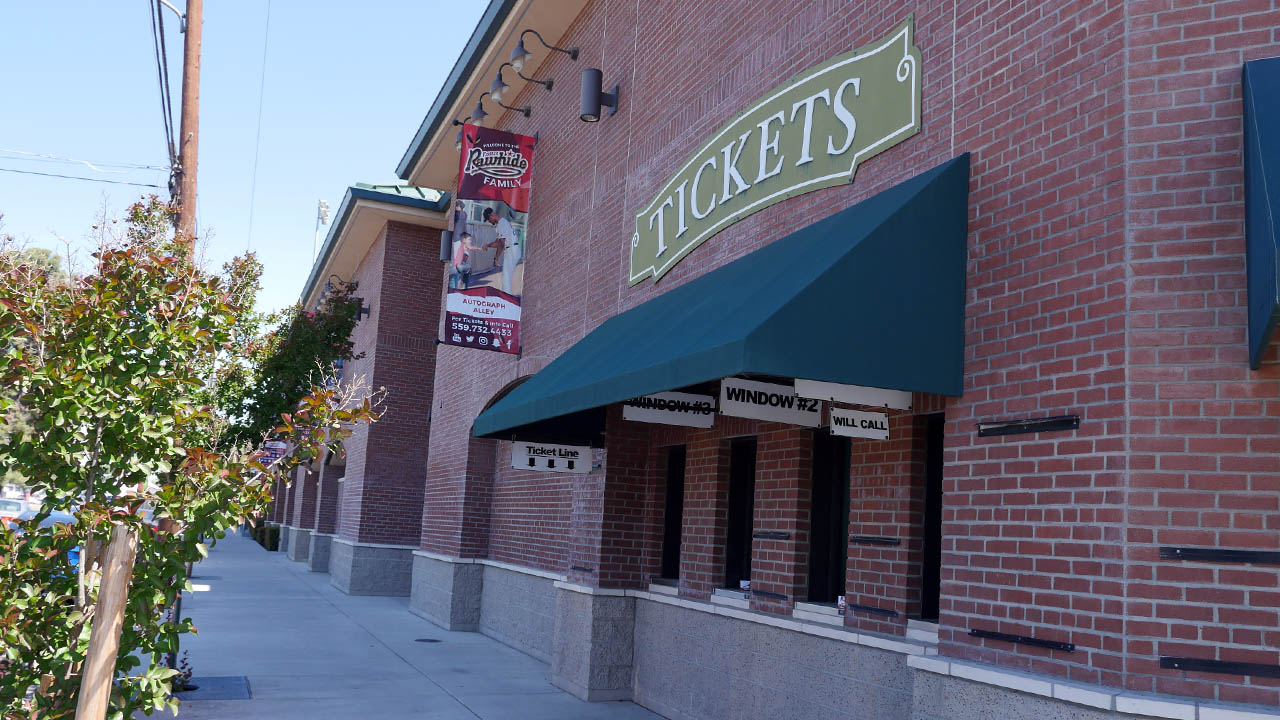 The ticket window may not be necessary because of COVID restrictions on seating. (GV Wire/Jahz Tello)

With the restructuring of the minor league system, the Rawhide will no longer play in the California League. Most of its opponents remain, but the league is now known as Low-A West.

There will be one new opponent, the Fresno Grizzlies — who shifted from Triple-A to Low-A in the realignment.

“This seems like the perfect fit. Fresno is so close. They’re now in our league. There’s always been a little bit of a Visalia versus Fresno feel in the Valley,” Gearin said.