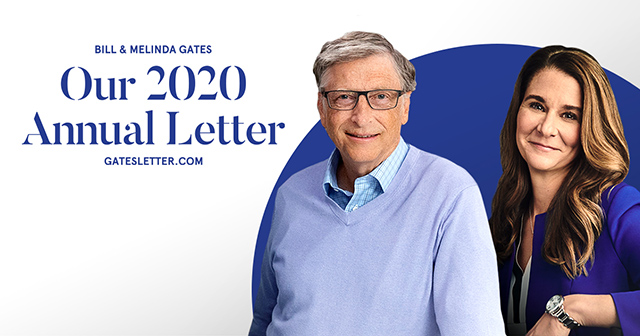 “After a great deal of thought and a lot of work on our relationship, we have made the decision to end our marriage,” a joint statement read. “Over the last 27 years, we have raised three incredible children and built a foundation that works all over the world to enable all people to lead healthy, productive lives.

“We continue to share a belief in that mission and will continue our work together at the foundation, but we can no longer believe we can grow together as a couple in this next phase of our lives.”

The Microsoft co-founder and his wife, who launched the world’s largest charitable foundation, said they would continue to work together at the Bill & Melinda Gates Foundation.

Bill Gates Pulling Back From Microsoft

Last year, Bill Gates, formerly the world’s richest person, said he was stepping down from Microsoft’s board to focus on philanthropy.

Gates was Microsoft’s CEO until 2000 and since then has gradually scaled back his involvement in the company he started with Paul Allen in 1975. He transitioned out of a day-to-day role in Microsoft in 2008 and served as chairman of the board until 2014.

The Bill & Melinda Gates Foundation states on its website that it distributed $5.1 billion in grants and had  1,602 employees in 2019

Booms in Idaho, Utah Buck the Curve of Slowing US Growth

Who Are Fresno State’s Award-Winning 2021 Professors?