Arizona Farmers to Bear Brunt of Cuts From Colorado River 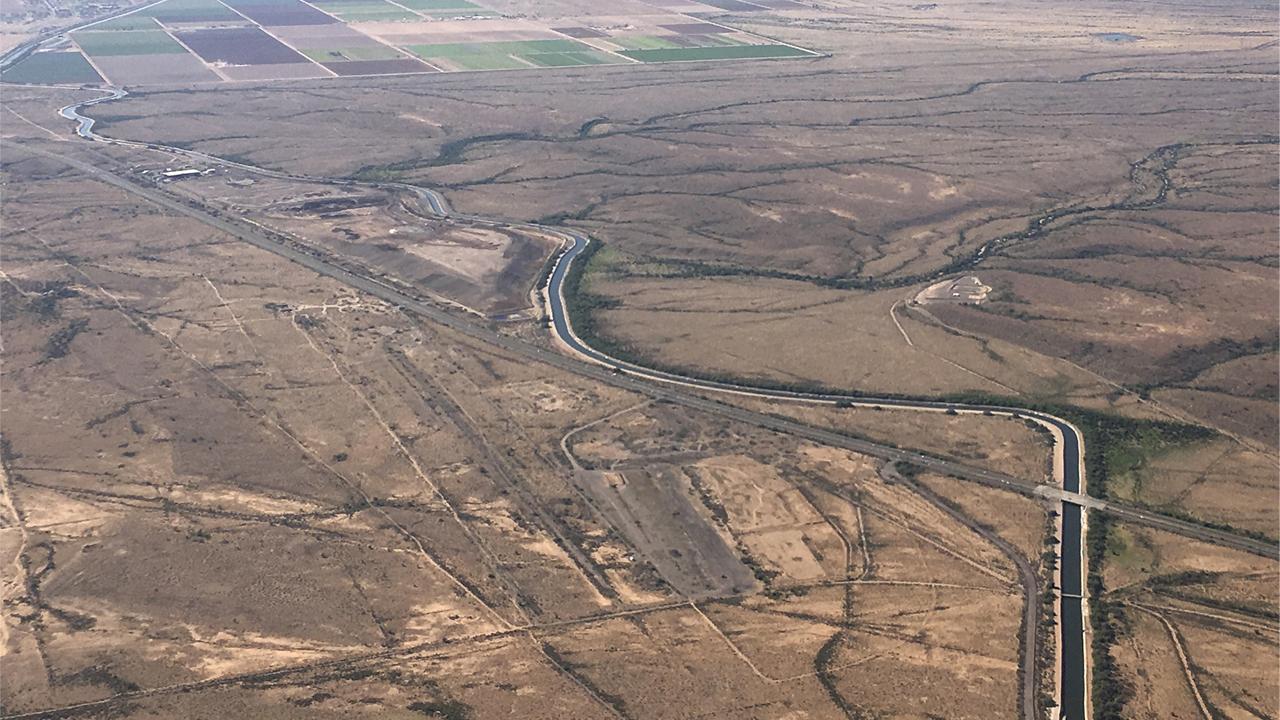 FLAGSTAFF, Ariz. — Arizona is prepared to lose about one-fifth of the water the state gets from the Colorado River in what could be the first federally declared shortage in the river that supplies millions of people in the U.S. West and Mexico, state officials said Thursday.

Arizona stands to lose more than any other state in the Colorado River basin that also takes in parts of Wyoming, New Mexico, Utah, Colorado, Nevada and California. That’s because Arizona agreed long ago to be the first in line for cuts in exchange for federal funding for a canal system to deliver the water to Arizona’s major metropolitan areas.

The Arizona Department of Water Resources and the Central Arizona Project, which manages the canal system, said the anticipated reductions will be painful, but the state has prepared for decades for a shortage through conservation, water banking, partnerships and other efforts.

“It doesn’t make it any less painful. But at least we know what is coming,” said Ted Cooke, general manager of the Central Arizona Project.

Farmers in central Arizona’s Pinal County, who already have been fallowing land amid the ongoing drought and improving wells to pump groundwater in anticipation of the reductions, will bear the brunt of the cuts. Most farms there are family farms that are among the state’s top producers of livestock, dairy, cotton, barley, wheat and alfalfa.

In Pinal County, up to 40% of farmland that relies on Colorado River water could be fallowed over the next few years, said Stefanie Smallhouse, president of the Arizona Farm Bureau Federation.

“That’s a big blow,” she said. “I can’t think of many other businesses that can take a 40% cut in their income within a few months and still be sustainable. When you farm, it’s not only a business, it’s your livelihood.”

Arizona and Nevada Would Be First to Lose Water

The U.S. Bureau of Reclamation projected earlier this month that Lake Mead, which delivers water to Arizona, Nevada, California and Mexico, will fall below 1,075 feet (328 meters) for the first time in June 2021. If the lake remains below that level in August when the bureau issues its official projection for 2022, Arizona and Nevada will lose water.

The two states already voluntarily have given up water under a separate drought contingency plan.

The voluntary and mandatory Tier 1 cuts mean Arizona will lose 18% of its Colorado River supply, or 512,000 acre-feet of water. The amount represents 30% of the water that goes to the Central Arizona Project and 8% of Arizona’s overall water supply.

Some of that water will be replaced through water exchanges, transfers from cities to irrigation districts or through water that was stored in Lake Mead in a sort of shell game. The state, tribes and others also contributed financially to help develop groundwater infrastructure.

“We like to think we find ways to take care of ourselves collectively,” said Tom Buschatzke, director of the Arizona Department of Water Resources.

People Encouraged to Think of Ways to Live with Less

Smallhouse said farmers are thankful for the help coming but believes there’s more flexibility in the system to further ease the reductions. While farmers regularly face criticism for the amount of water they use, Smallhouse said the coronavirus pandemic highlighted the importance of a local supply chain for meat, dairy and crops.

Some water users simply won’t get the water they once had if the Bureau of Reclamation’s projections pan out.

The cutbacks come at a time when temperatures are rising and drought has tightened its grip on the U.S. Southwest, increasingly draining Lake Mead and Lake Powell, the two largest man-made reservoirs in the U.S., to their lowest levels since they were filled.

Lake Mead along the Arizona-Nevada border has dropped by about 16 feet (4.88 meters) feet since this time last year. Lake Powell on the Arizona-Utah border has fallen by 35 feet (10.67 meters) feet, the Bureau of Reclamation said.

The reductions in Arizona won’t hit cities or people’s homes, or affect water delivered through the canal system for Native American tribes. Still, anyone living in the desert should be concerned — but not panic — about water and think ways to live with less, said Rhett Larson, an associate professor at Arizona State University and an expert on water law and policy.

“The fact that you’re not feeling it in your tap doesn’t mean you won’t feel it at the grocery store because Pinal County farmers are growing a lot of the things you eat and use,” he said.

Related Topics:Colorado River
Up Next