A man and woman from Tulare County are in an Indiana jail after state troopers say they found $2 million worth of narcotics in their vehicle following a traffic stop Monday.

Ester Osegueda, 32, of Porterville and Adam Lopez, 27, of Tulare were pulled over by an Indiana State Police trooper for “unsafe lane movement,” according to an agency news release.

“During the conversation with the two occupants, the trooper observed criminal indicators and a subsequent investigation led to a search of the vehicle,” the release said. Authorities said Osegueda was driving at the time of the stop.

The trooper reported finding 134 pounds of methamphetamine and 90 pounds of fentanyl hidden in a cargo space in the vehicle, described as a Chrysler van.

State police say the drugs originated in Memphis, Tennessee and were being transported to Indianapolis. Authorities estimated the value of the drugs at $2 million.

Osegueda and Lopez are being held on felony charges at the Hendricks County Jail, which is located in Danville about 20 miles west of Indianapolis. 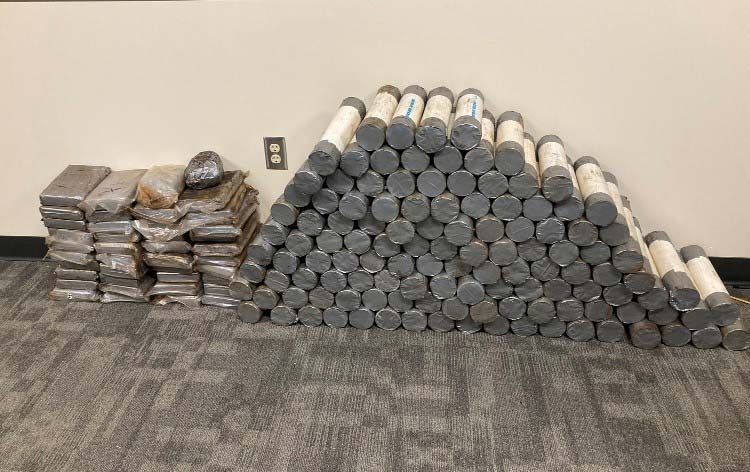