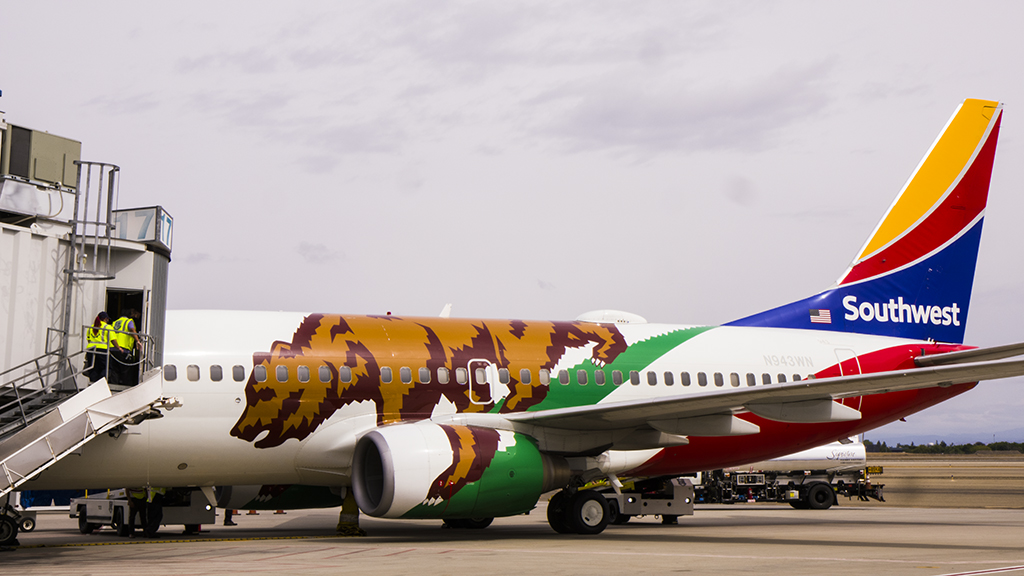 The inaugural Southwest Airlines flights out of Fresno Yosemite International Airport officially launched on Sunday. But, now that the balloons, cookies, pomp, and circumstance have subsided, what’s next? 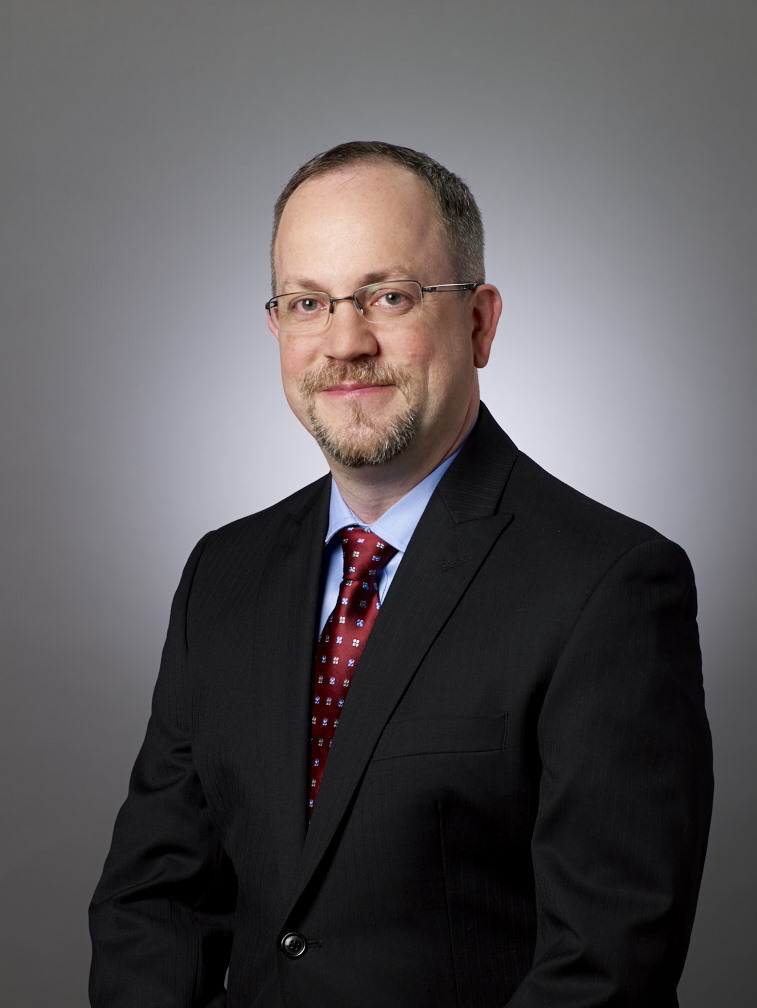 “As far as the future, if the customers choose to fly us, then we will continue to grow and prosper here in Fresno.” – Adam Decaire, vice president network planning, Southwest Airlines

“As far as the future, if the customers choose to fly us, then we will continue to grow and prosper here in Fresno,” Adam Decaire, the airline’s vice president for network planning, told GVWire.

“We’re currently connecting our nonstop flights (from Fresno) to Las Vegas that we fly three times a day. Denver once a day. (That gives travelers) access to over 50 destinations that we serve through connections via those points.”

A good example of the potential routes is just up the road in Sacramento. The company’s nonstop flight from Sacramento International Airport to Honolulu officially began service on Nov. 10. Southwest had served Sacramento for many years prior to that expansion.

Earlier this month, Reuters reported that Southwest is recalling over 2,700 flight attendants from leave to support its summer schedule, ending a voluntary furlough program introduced because of the pandemic.  The low-cost airline said it had also recalled 209 pilots (and an additional 382 on April 15) from a similar voluntary leave program. Both recalls take effect on June 1. 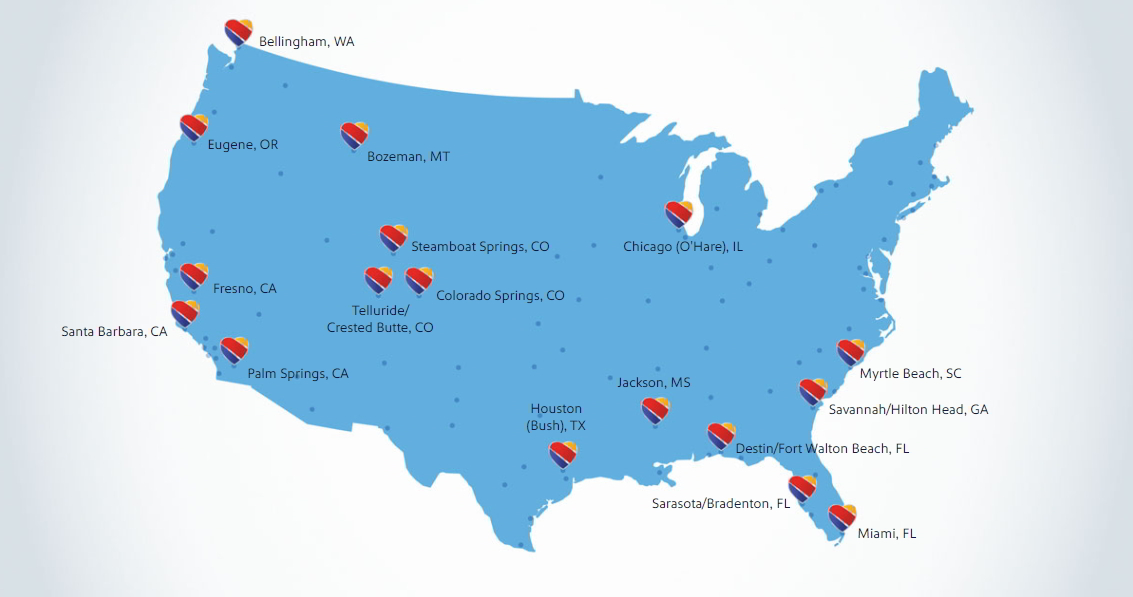 Southwest Airlines posted a map of all the recently added new destinations in their portfolio. (southwest.com)

Southwest Is Part of the Fresno Community Now

Decaire says even before the big Sunday festivities surrounding the airline’s foray into Fresno, he and other Southwest Airlines employees took part in one of Mayor Jerry Dyer’s trash cleanup events on Saturday.

“We’re part of the community now. We have our employees here,” said Decaire. “We were part of the ‘Beautify Fresno’. We were planting trees.”

He says Fresno has been on Southwest Airline’s radar for quite a long time.

“We’ve always wanted to get the opportunity to serve Fresno and now’s a great time,” says Decaire. “The community really showed up very well and it was a great time to be able to start service here.” 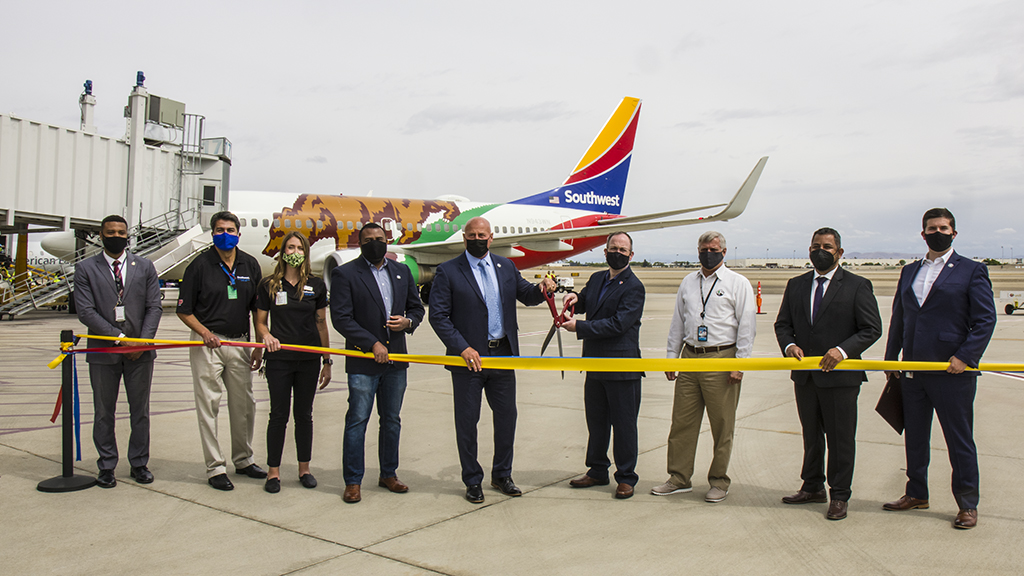 And the Census Says, Sorry California, You Lose a Congressional Seat