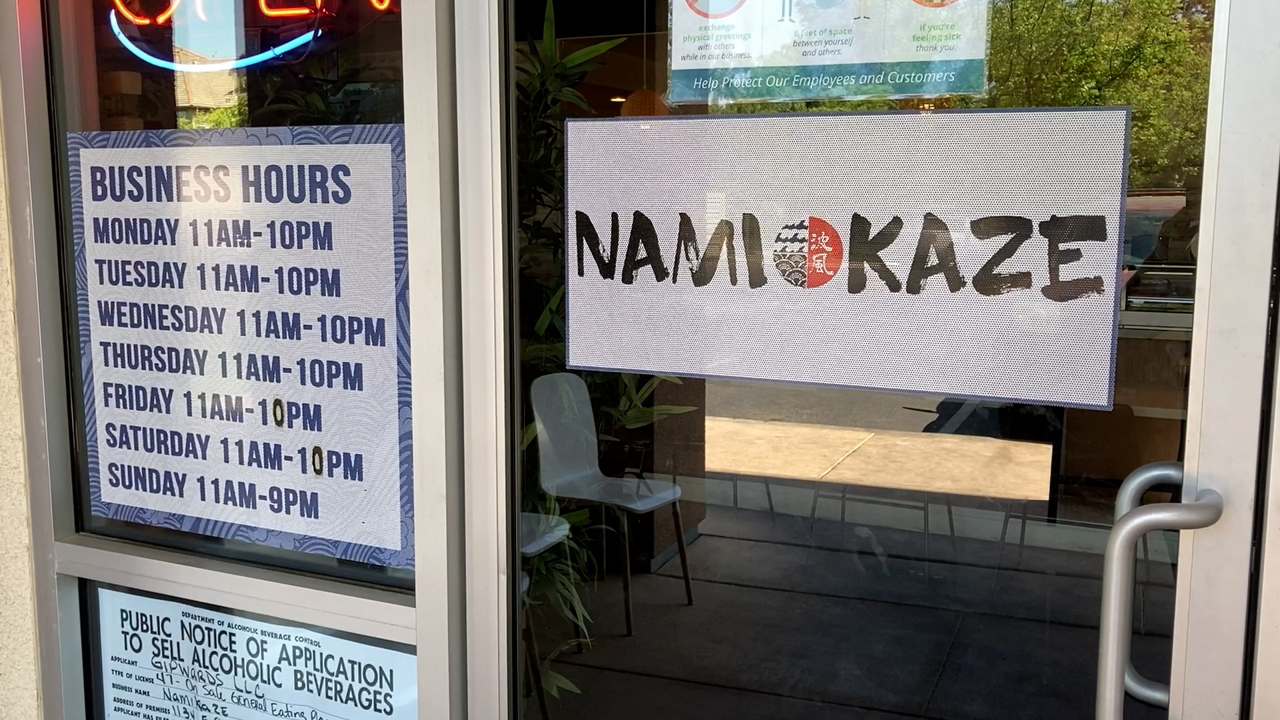 Namikaze means waves and wind in Japanese. The northeast Fresno restaurant of that same name battled the pandemic waves but now has the wind at its back.

However, it faces a new challenge as it expands. The restaurant is having a hard time finding qualified people to hire.

“We have to hire a whole new bunch of new staff,” owner James Edwards tells GVWire while standing outside his restaurant at Champlain and Perrin avenues.

Edwards is not alone.

The Sacramento Bee reports that job applicants are rare, and back-of-house employees are particularly hard to find for restaurants there. Among the reasons: some potential hires are reluctant to get vaccinated and studies have linked indoor dining to increased risk of COVID-19.

The Bee also reports that unemployment benefits have been relatively generous, if inefficiently distributed. And, after what’s felt like an endless wave of shutdowns and changing restrictions over the last year, many former industry employees are opting for more stable careers with more consistent pay and hours.

Edwards says he’s feeling that pinch and having to personally pick up a lot of extra shifts himself, plus his management responsibilities.

“It’s myself, my wife, and our good friend Mike Gibb and we’re all wearing multiple hats,” says Edwards. “I’m a server today. Sunday, I’ll be a cook.” 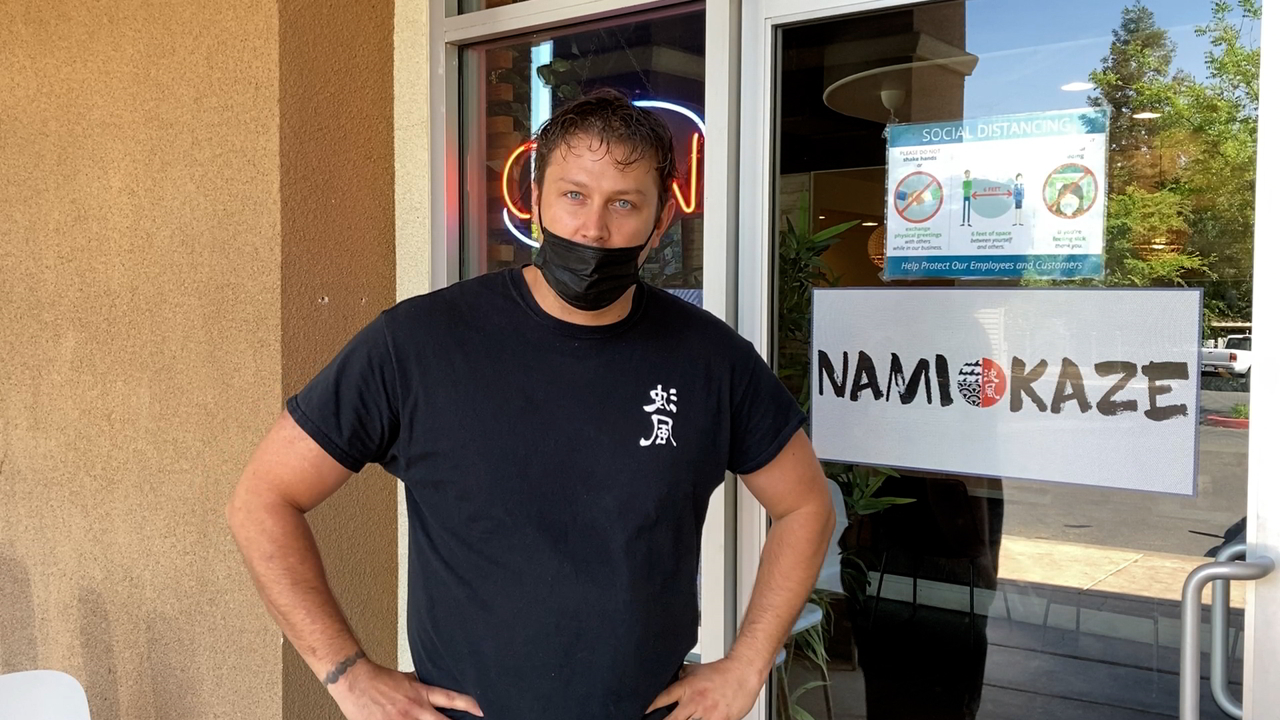 Edwards says there were points during the pandemic when he wasn’t sure if his business would survive. But takeout orders via DoorDash and Uber helped weather the storm.

“We did what we could do to survive,” explains Edwards.

He said little by little things got better. Then, a new opportunity presented itself.

“The space next door to us became available,” says Edwards. He says the plan is to use that space for part of their kitchen and complete the expansion in early summert. 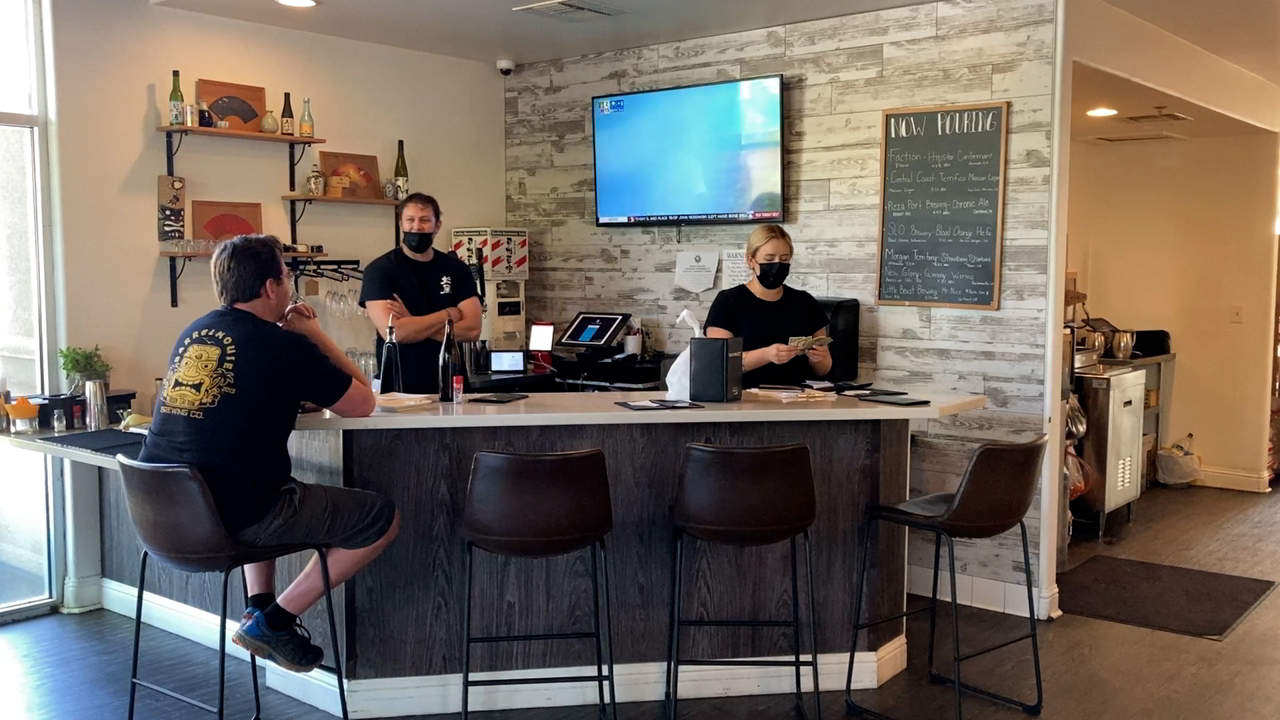 The bar at Namikaze restaurant in northeast Fresno will expand. It’s one of the reasons the owner needs to hire more bartenders. (GVWire/Jim Jakobs)

Edwards says he’s looking to hire for all positions including more bartenders to help with an expanded bar.

Related Topics:California unemploymentFresno economy
Up Next