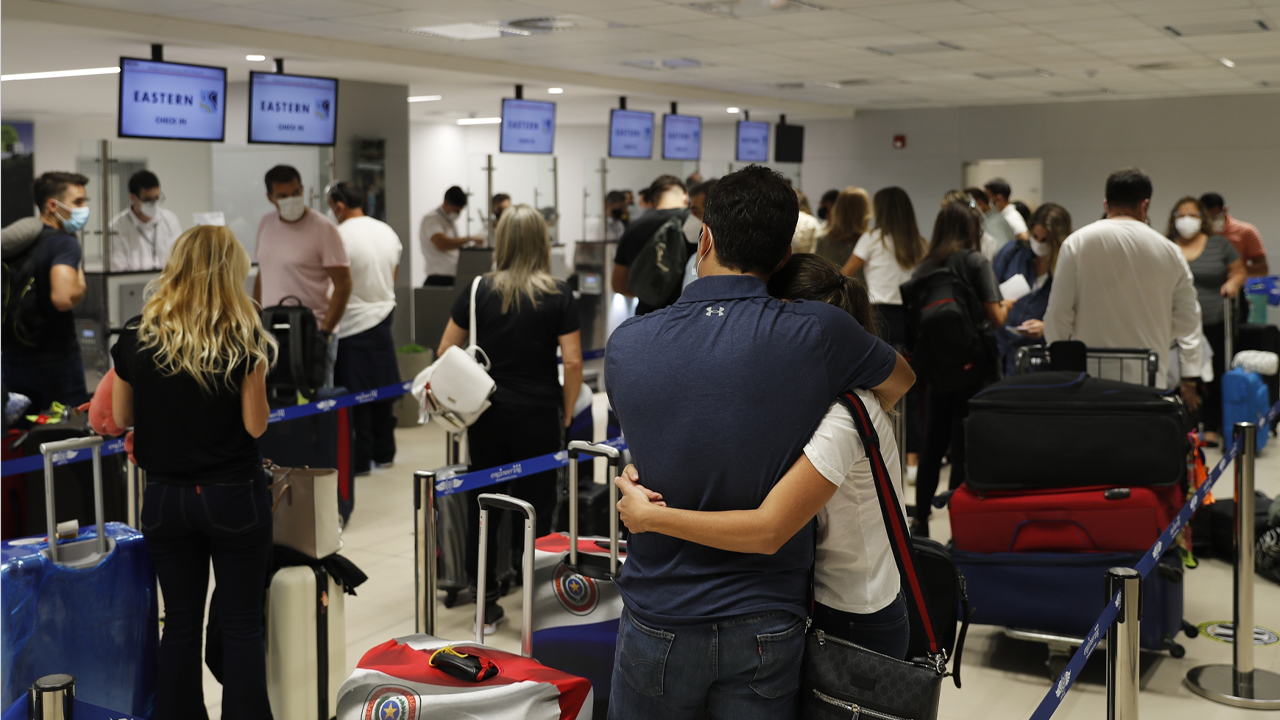 MONTERREY, Mexico — They travel thousands of miles by plane from Latin America to the U.S., in some places taking a shuttle directly from the airport to COVID-19 vaccine sites. Their ranks include politicians, TV personalities, business executives and a soccer team.

People of means from Latin America are chartering planes, booking commercial flights, buying bus tickets and renting cars to get the vaccine in the United States due to lack of supply at home.

Not Enough Vaccinations to go Around

Virginia Gónzalez and her husband flew from Mexico to Texas and then boarded a bus to a vaccination site. They made the trip again for a second dose. The couple from Monterrey, Mexico, acted on the advice of the doctor treating the husband for prostate cancer. In all, they logged 1,400 miles (2,200 kilometers) for two round trips.

“It’s a matter of survival,” Gónzalez said of getting a COVID-19 vaccine in the United States. “In Mexico, officials didn’t buy enough vaccines. It’s like they don’t care about their citizens.”

With a population of nearly 130 million people, Mexico has secured more vaccines than many Latin American nations — about 18 million doses as of Monday from the U.S., China, Russia and India. Most of those have been given to health care workers, people over 60 and some teachers, who so far are the only ones eligible. Most other Latin American countries, except for Chile, are in the same situation or worse.

So vaccine seekers who can afford to travel are coming to the United States to avoid the long wait, including people from as far as Paraguay. Those who make the trip must obtain a tourist visa and have enough money to pay for required coronavirus tests, plane tickets, hotel rooms, rental cars and other expenses.

In Mexico, business is booming for chartered flights to Texas.

Gónzalez and her husband were inoculated in Edinburg, Texas, a city about 160 miles (254 kilometers) from their home. But with land entry points closed to nonessential travel, the couple decided to take a commercial flight to Houston and then travel by bus.

Earlier this month, 19 players with Monterrey’s professional soccer team known as Rayados flew to Dallas to get the vaccine, local media reported. In Peru, Hernando De Soto, an economist running for president, faced a backlash after he admitted he traveled to the U.S. to get vaccinated.

Television personalities have posted on social media about their trips, attracting the scorn of many viewers who accused them of flaunting their privilege. Juan José Origel, a Mexican television host, tweeted a photo of himself receiving the shot in January in Miami. Argentinian TV personality Yanina Latorre also traveled to Miami for her elderly mother to receive a vaccine and posted a video to Instagram. Shortly after, Florida officials began requiring proof of residency for those seeking a vaccine.

But about half of U.S. states, including Texas, Arizona, and California, have no such requirement and will accept any official form of identification with a photograph.

Many Receive Assistance from Connections in the U.S.

Many of those traveling have friends or relatives who live in the U.S. and can help them navigate the appointments system or seek a leftover shot. Some have second homes in the U.S., but others borrow a U.S. address. Some said they have read that many Americans do not plan to get vaccinated.

Alejandra, a dentist who also lives in Monterrey, said she decided to seek a vaccine in the U.S. shortly after losing her mother to COVID-19 in February. She registered online at a CVS pharmacy in Texas by using the address of a friend who lives there.

This past weekend, she flew to Houston and on Monday drove to receive her second Moderna shot in Pasadena, Texas. She asked that her full name not be published because she is afraid of retribution after seeing reports that those who traveled to get vaccines in the U.S. could lose their visas.

Alejandra said she felt a sense of calm after receiving the booster shot and thought of her mom.

‘Seeking the Common Good of Society’

“What would have been if only my mom had had the opportunity to get the vaccine in the U.S.,” she said.

She knows there is criticism that foreigners like her are taking advantage of American taxpayers by getting inoculated in the United States, but she said she is trying to protect herself and her family.

“The pharmacies are saying that it doesn’t matter if you don’t have documents … and they are saying it because they are seeking the common good of society,” she said.

Chris Van Deusen, a spokesman for the Texas Department of Health Services, said the vaccine in Texas is “intended for people who live in, work in or spend a significant amount of time in Texas,” and that more than 99% of people vaccinated were state residents.

Wealthy countries around the globe have been able to acquire the largest vaccine supplies, including the U.S., which has been criticized for not doing more to help poorer countries.

Inequality of the Distribution of Vaccines Worldwide

“I don’t blame them at all, they are desperate,” the Peruvian-American scientist said in an email.

Geovanny Vazquez said he and a friend plan to take a commercial flight on May 3 from Guatemala City to Dallas, where another friend offered to help them find a coronavirus shot.

They were seeking the immunization to feel safe while working in their home country, where they manage apartment buildings that they rent out to visitors, Vazquez said.

He said he can spend up to 20 days in the United States to try to get a shot. If he cannot get inoculated in Texas, he plans travel to other states such as Louisiana or Arizona.

If he were to get infected with COVID-19, Vazquez is confident that he would recover. “But I also work with people, and that is the main reason why I would like to seek the chance” to get the vaccine in the U.S., he said.

Crowds React with Joy, Wariness to Verdict in Floyd’s Death