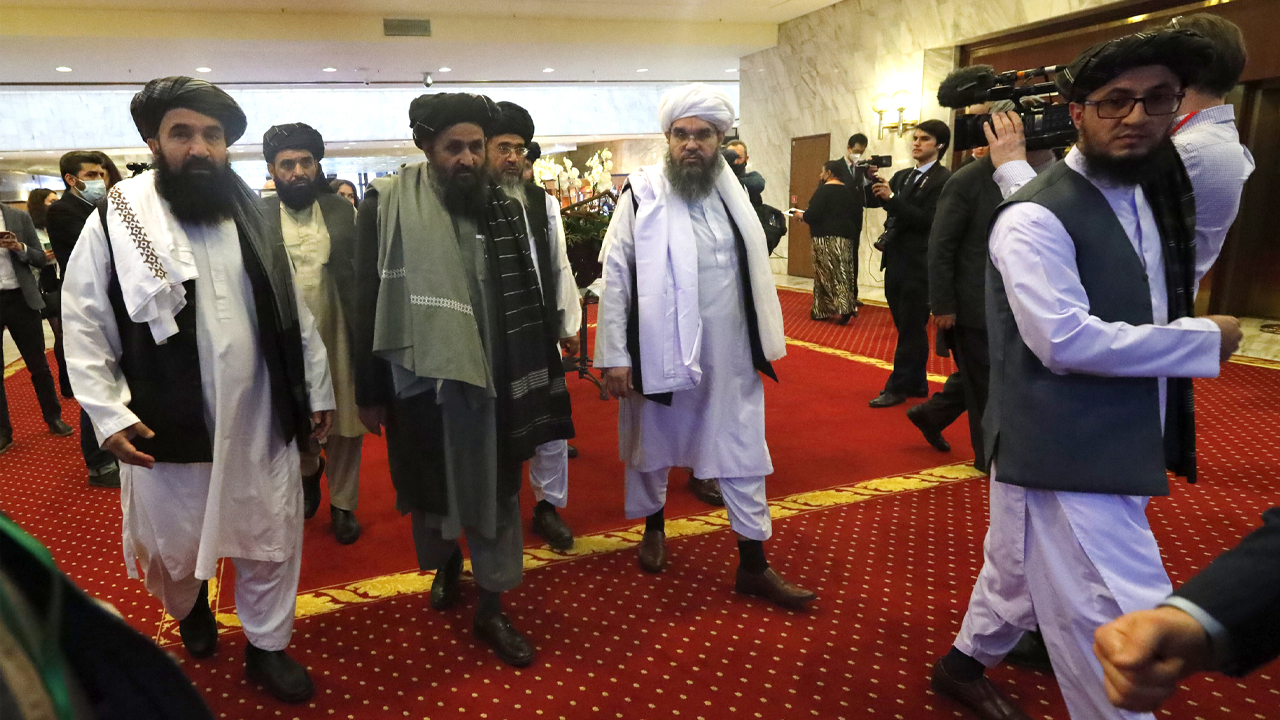 KABUL, Afghanistan — An upcoming international peace conference that was meant to move Afghanistan’s warring sides to a power-sharing deal and ensure an orderly U.S. exit from the country has been postponed, its sponsors announced Wednesday. They cited a lack of prospects for meaningful progress.

“The Resolute Support headquarters in Kabul are currently considering whether to shorten the withdrawal period,” said German Defense Ministry spokesman David Helmbold. “The 4th of July is now being considered as a pullout date. The ministry informed the (German parliament’s) defense committee about this today.”

Still, the latest delay in getting Afghanistan’s warring sides to hammer out a peace deal underscored the difficulties the Biden administration and NATO are facing in orchestrating an orderly exit from conflict-scarred Afghanistan.

Both have said they would begin withdrawing their remaining troops — a total of close to 13,000 — from the country on May 1 and complete the pullout by Sept. 11, no matter what.

The decision to delay the conference came several days after Taliban insurgents, who are key to peace efforts, dismissed the U.S.-promoted conference in Istanbul as a political spectacle serving American interests.

No new date was given for the conference, which was to have started Saturday under the sponsorship of the United Nations, Turkey and Qatar. Turkey’s foreign minister said the conference was delayed until after the Muslim fasting month of Ramadan, which ends in mid-May.

Just hours before the announcement of the postponement, a suicide bomber attacked a convoy of Afghan security personnel, wounding seven people in the capital Kabul. The Interior Ministry said civilians and security personnel were among the wounded.

The attack was the first in weeks in the capital, even as targeted killings have escalated and Afghanistan’s security personnel have come under relentless attacks by Taliban insurgents. Recent months have also seen an increase in government bombing raids on suspected Taliban positions and increased raids by Afghan special forces.

Residents fear the attack could be a harbinger of what’s to come as foreign troops prepare to begin their final withdrawal from Afghanistan. No one took immediate responsibility for the attack.

Postponed Due to ‘Lack of Clarity’

Turkish Foreign Minister Mevlut Cavusoglu said the conference was postponed because of “lack of clarity” by the participants, without elaborating.

The U.N. Assistance Mission in Afghanistan said in a statement Wednesday that the conference will be held at “a later date when conditions for making meaningful progress would be more favorable.”

Until now, the Taliban have refused to sign on to the conference even as Pakistan, where their leadership council resides, has been pressing the hardline Islamic militia to attend.

In Kabul on Wednesday, the Council for National Reconciliation tasked with negotiating a peace deal with the Taliban, blamed the Islamic insurgents’ “lack of cooperation and readiness” for the delay, saying they would meet in the coming days to plot their way forward.

In Islamabad, Pakistan’s Foreign Ministry reaffirmed its support for the peace conference in Turkey saying “there is no military solution to the conflict in Afghanistan.”

Biden to Makes Efforts to Reach a Peace Deal

The Taliban have accused Washington of breaching an agreement signed last year under which the U.S. was to have withdrawn the last of its troops by May 1.

But President Joe Biden, who inherited that deal with the Taliban from his predecessor, last week said the remaining estimated 2,500 troops would begin leaving on May 1. All American and NATO soldiers would be gone by Sept. 11, the 20th anniversary of the terrorist assault on the U.S. that launched the U.S.-led invasion to hunt down al Qaida’s leader Osama bin Laden.

On Sunday, the Taliban issued an English-language statement on their Al Emara site, indicating they were not ready to attend the conference. They claimed that a powerful propaganda campaign had been launched, hyping expectations that a peace deal would be reached at the end of the planned 10-day meeting.

The statement said this was an attempt “to push the Taliban, willingly or unwillingly, to a rushed decision which was needed by America.” It alleged that the aim of the conference was to “complete a for-show road map before the withdrawal of foreign forces.”

In Kabul, Afghan government-allied negotiators had anticipated a delay as none had received an invitation to the conference and several were without visas to Turkey.

In Washington, U.S. State Department spokesman Ned Price would not confirm the postponement but said the U.S. would continue diplomatic efforts to reach a peace deal.

“When it comes to the talks in Istanbul, this gets to the point that, from the very earliest days of the Biden administration, we have recognized … that there is no military solution to the conflict in Afghanistan, and only through a political settlement and a comprehensive ceasefire will we be able to support a resolution that brings a security, stability, and prosperity to the people of Afghanistan,” Price said in a statement.