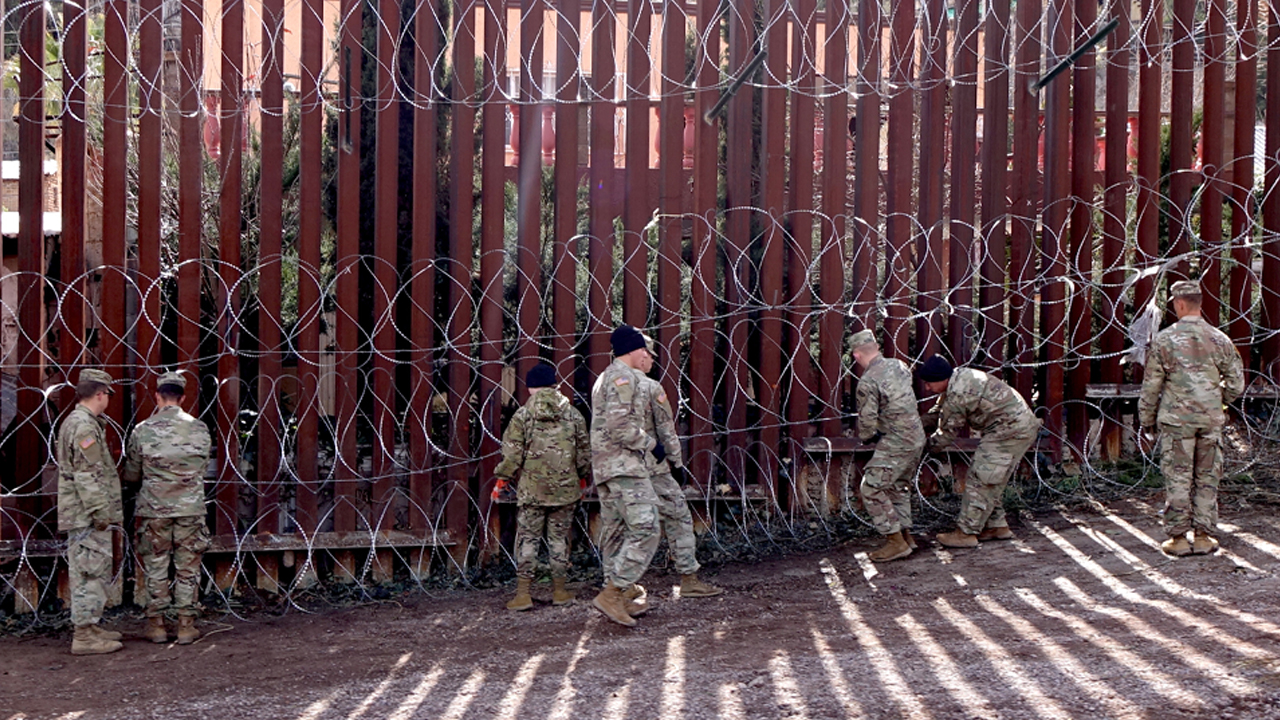 The announcement came the day Customs and Border Protection held an open house at a new tent-like migrant processing center in the border community of Yuma. It is the first of two planned in Arizona to help agents process and temporarily shelter a growing number of asylum seekers arriving at the border. A similar structure is opening later this month in Tucson.

The Republican governor has quarreled with the administration of President Joe Biden over immigration policies, and he calls the situation on the border a “crisis.”

“If this administration isn’t going to do anything, then we will,” Ducey said.

There was no immediate response from Customs and Border Protection officials.

The American Civil Liberties Union in Arizona said Ducey’s actions “do nothing more than further militarize our border communities and stoke unnecessary and unjustified fear.”

U.S. Rep. Raul Grijalva, a Democrat whose district includes Arizona’s southern border, said the deployment was purely political and will do nothing to resolve backlogs, improve care of unaccompanied minors, or help border communities.

The governor’s office said $25 million will initially be set aside to help local and state law enforcement officers such as state troopers.

Texas Gov. Greg Abbott, who also is a Republican, last month deployed about 500 members of his state’s National Guard to the border in Texas, which is seeing the largest share of current arrivals

Ducey said in his announcement he will travel Wednesday to Yuma to meet with local officials and law enforcement agencies.

Officials in small Arizona border towns including Yuma, Ajo and Gila Bend have called on the federal government to help them manage small groups of asylum seekers being suddenly released in their communities by CBP officials who say they don’t have capacity to hold them. The towns don’t have the resources to transport the migrants to larger cities where they can get temporary shelter and logistical help reuniting with relatives elsewhere in the U.S.

An earlier statement from Customs and Border Protection said the Yuma and Tucson shelters will be similar to a soft-sided, 90,000-square-foot (about 8,360-square-meter) processing center for migrants that recently opened in Eagle Pass, Texas. One like it was temporarily erected in Yuma in 2019, when a large number of migrant arrived during the Trump administration.

The soft-sided processing centers are separate from shelters that Health and Human Services operates for unaccompanied children, who are housed separately from other migrants after processing.

CBP is turning away most adult migrants attempting to enter the U.S. under a public health order issued at the start of the COVID-19 pandemic. But the Biden administration is allowing unaccompanied minors and some families to remain, at least temporarily, while authorities determine whether they can stay through the asylum process or under another legal category.