First Woman Ever Applies to Run for President of Syria 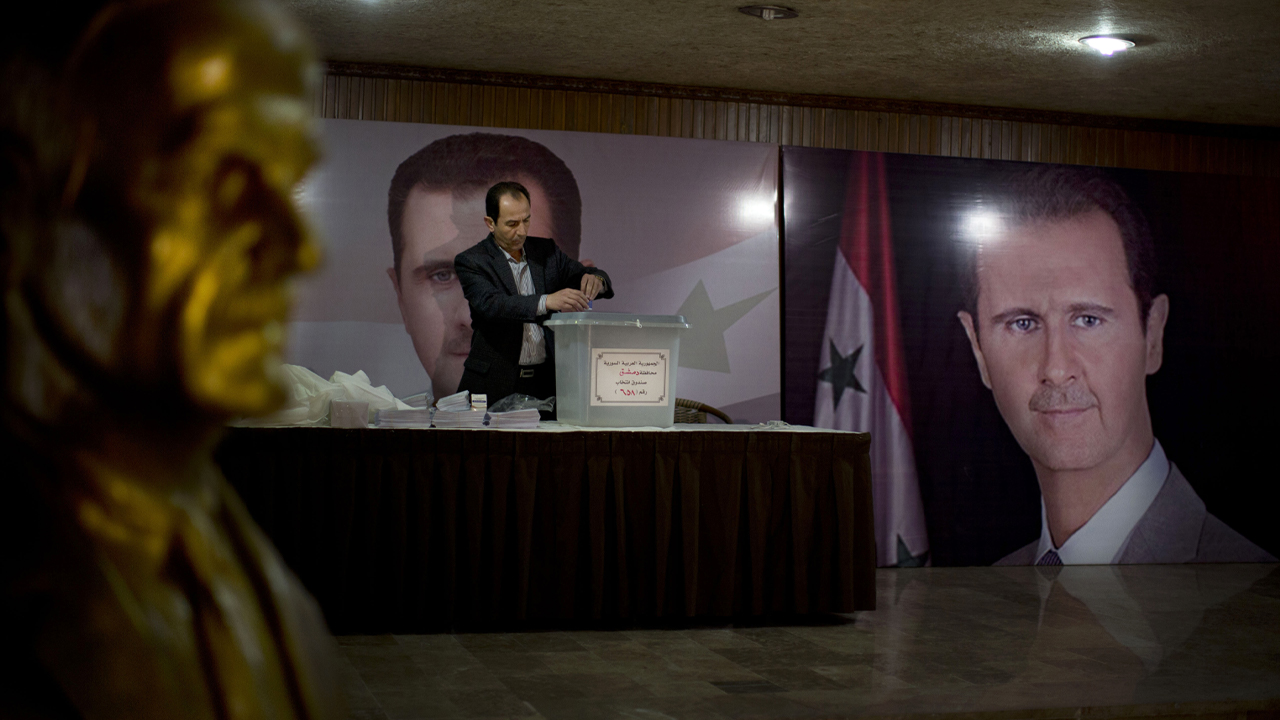 BEIRUT — A woman from the capital Damascus has applied to run for president of Syria, the parliament speaker said Tuesday, making her the first female to make a bid for the country’s top job. The largely symbolic election is certain to be won by President Bashar Assad.

The presidential election, the second since the country’s civil war broke out 10 years ago, is to be held May 26. Syrians abroad will vote on May 20.

Little is Known of Faten Ali Nahar who Nominated Herself

Speaker Hammoud Sabbagh said Faten Ali Nahar, a 50-year-old Damascus resident, has nominated herself for the post. Little is known about her. The parliament speaker provided her age, place of birth and her mother’s name in the announcement. There were no reports on who she is on social media.

Two other candidates have submitted their names, including a businessman who ran against Assad in 2014. Assad won nearly 90% of the votes in that contest.

Although Assad has not yet applied, he is widely expected to run and win a fourth seven-year term. He has held power since 2000, when he took over after the death of his father, who ran the country for 30 years.

Legitimacy of Election in Question

Syria only began allowing multi-candidate voting in the 2014 elections. Competition with Assad was symbolic and seen by opposition and Western countries as a sham aimed to give the incumbent president a veneer of legitimacy.

The international community is unlikely to recognize the legitimacy of the upcoming elections. According to the U.N. resolution for a political resolution of the conflict in Syria, a new constitution is supposed to be drafted and approved in a public referendum before U.N.-monitored presidential elections are to take place. But little progress has been made on the drafting committee and Assad continues to have the backing of Russia and Iran.

Last month, the Biden administration said it will not recognize the result of Syria’s presidential election unless the voting is free, fair, supervised by the United Nations and represents all of Syrian society.

Syria has been in the throes of civil war since 2011, when Arab Spring-inspired protests against the Assad family rule turned into an armed insurgence in response to a brutal military crackdown.

Separately, Assad appointed a new governor to the Central Bank on Tuesday days after sacking his predecessor amid a crushing currency crisis.

Mohammad Issam Hazimeh was named the bank’s new governor, replacing Hazem Qarfoul, who has been in the post since 2018. Hazimeh was Qarfoul’s deputy and is a graduate of economic law from a French university.

The Syrian pound set a record in March trading on the black market at 4,600 pounds to the dollar. At the start of the conflict, the U.S. dollar was worth 47 Syrian pounds. Last week, the central back set the official rate at 2,512 pounds, down from 1,256 since June, to the dollar.

Years of corruption and mismanagement, followed by a decade of war and escalating Western sanctions against Assad’s government have deepened the hardship for Syrians. The U.N. estimates that 80% of Syrians live in poverty.

Ted Nugent, Who Once Dismissed COVID-19, Sickened by Virus