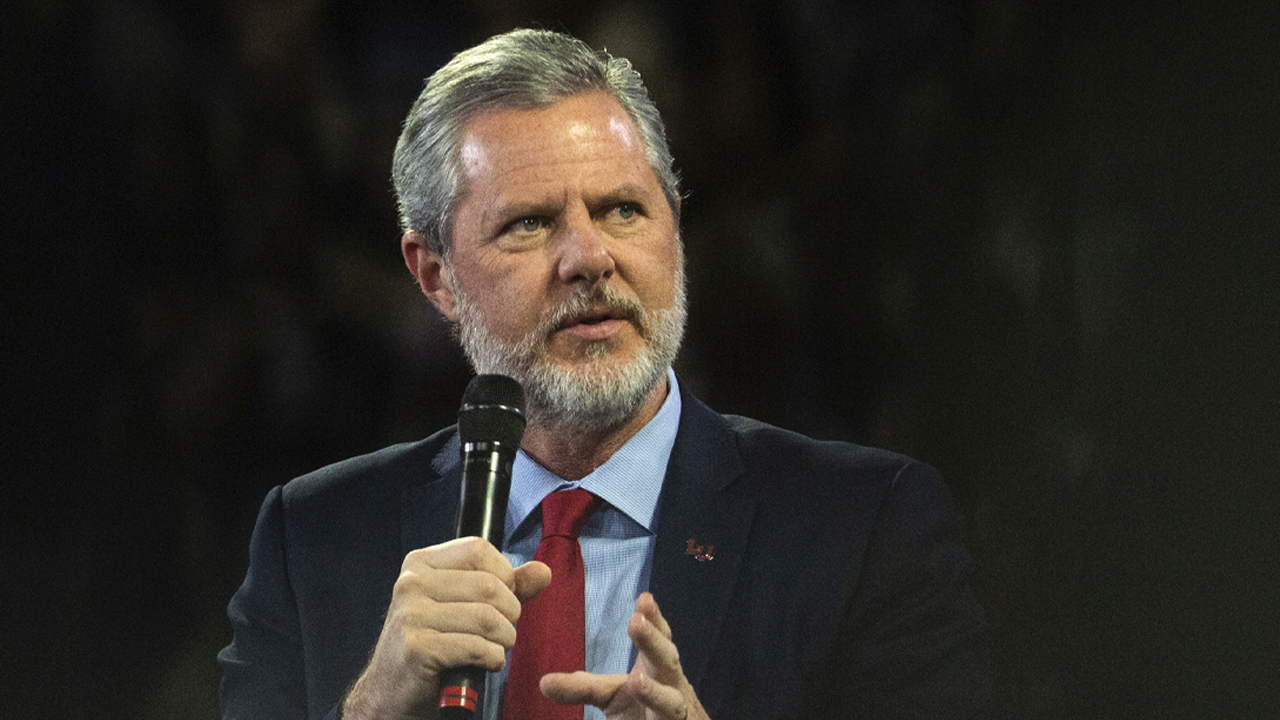 The complaint, filed Thursday in Lynchburg Circuit Court, alleges Falwell crafted a “well-resourced exit strategy” from his role as president and chancellor in the form of a lucrative 2019 employment agreement while withholding damaging information from the evangelical school about a personal scandal that would explode into public view the following year.

“Despite his clear duties as an executive and officer at Liberty, Falwell Jr. chose personal protection,” the lawsuit says.

It also alleges that Falwell failed to disclose and address “the issue of his personal impairment by alcohol” and has refused to fully return confidential information and other personal property belonging to Liberty.

In a statement, Falwell said the lawsuit was full of “lies and half truths” and called it an attempt to defame him and discredit his record.

“I assure you that I will defend myself against it with conviction,” he said.

Falwell’s departure from the Virginia university in August 2020 came soon after Giancarlo Granda, a younger business partner of the Falwell family, said he had a yearslong sexual relationship with Falwell’s wife, Becki Falwell, and that Jerry Falwell participated in some of the liaisons as a voyeur.

Although the Falwells acknowledged that Granda and Becki Falwell had an affair, Jerry Falwell denied any participation. The couple alleged that Granda sought to extort them by threatening to reveal the relationship.

The lawsuit says that Falwell had a “fiduciary duty to disclose Granda’s extortive actions, and to disclose the potential for serious harm to Liberty.”

Instead, Falwell “furthered the conspiracy of silence and negotiated a 2019 Employment Agreement that contained a higher salary from Liberty,” the suit says.

The lawsuit argues that Falwell and Granda’s actions have injured Liberty’s enrollment, hurt fundraising, disrupted faculty, resulted in the 2019 agreement that proved “detrimental to Liberty’s interests” and damaged the school’s reputation. Granda is not named as a defendant in the suit.

University spokesman Scott Lamb said Liberty’s “only word on the subject is the lawsuit itself.”

Before the Granda scandal exploded, Falwell had already been on leave after posting a photo on social media that sparked an uproar. It showed Falwell on a yacht with a drink in his hand and his arm around a young woman who was not his wife, their pants unzipped and his underwear exposed.

The complaint, written with a flourish, offers new details reflecting the university’s perspective on its rift with Falwell both before and after the photo scandal.

“The time for Falwell Jr. to cash in on Liberty’s prodigious success had arrived,” it says of the contract negotiations. The lengthy treatise includes subsections with titles such as “Falwell’s Auspicious Acts of August of 2020” and “Falwell Jr.’s Hard Fall,” referencing a tumble down the stairs that prompted a 911 call.

According to the lawsuit, after Falwell gave a radio interview about the yacht photo in which he offered a “slurred” explanation, Becki Falwell “stepped in.”

Becki Falwell Alerts Board of Husband’s ‘Excessive Use of Alchohol’

The lawsuit says Becki Falwell contacted three members of the executive committee of Liberty’s board to alert them to what “she described as her husband’s excessive use of alcohol.”

The lawsuit also alleges there were concerns at Liberty that Falwell “smelled of alcohol during work interactions.”

It was agreed that Falwell would go on leave and Liberty would pay for his “rehab,” but a dispute later emerged between Falwell and school leaders over the type of treatment, according to the lawsuit.

On the second count, the lawsuit says it seeks damages in excess of $10 million. On the conspiracy charge, it seeks $10 million in compensatory damages and argues that sum should be tripled, as allowed by state law under limited circumstances, plus $350,000 in punitive damages. Liberty is also seeking other costs and fees.

Falwell, an attorney and real estate developer, had led Liberty since the 2007 death of his televangelist father, the Rev. Jerry Falwell, who also founded the Moral Majority, making evangelicals a key force in the Republican party.

In early 2016, Falwell become one of the first conservative Christians to endorse Donald Trump for the presidency. He went on to court controversy and stay in the news, vigorously criticizing Democrats online.

In late August, shortly after Falwell’s resignation, Liberty announced that it was opening an independent investigation into Falwell’s tenure as president. The inquiry remains ongoing, and the school has not released any preliminary information from it.

Falwell sued Liberty for defamation in October, alleging the school had damaged his reputation, but dropped the case in December without explanation.

Related Topics:Jerry Falwell Jr.
Up Next

Signs of Recovery as California Adds Jobs for 2nd Month