Official: Iran to Enrich Uranium to 60%, Highest Level Ever 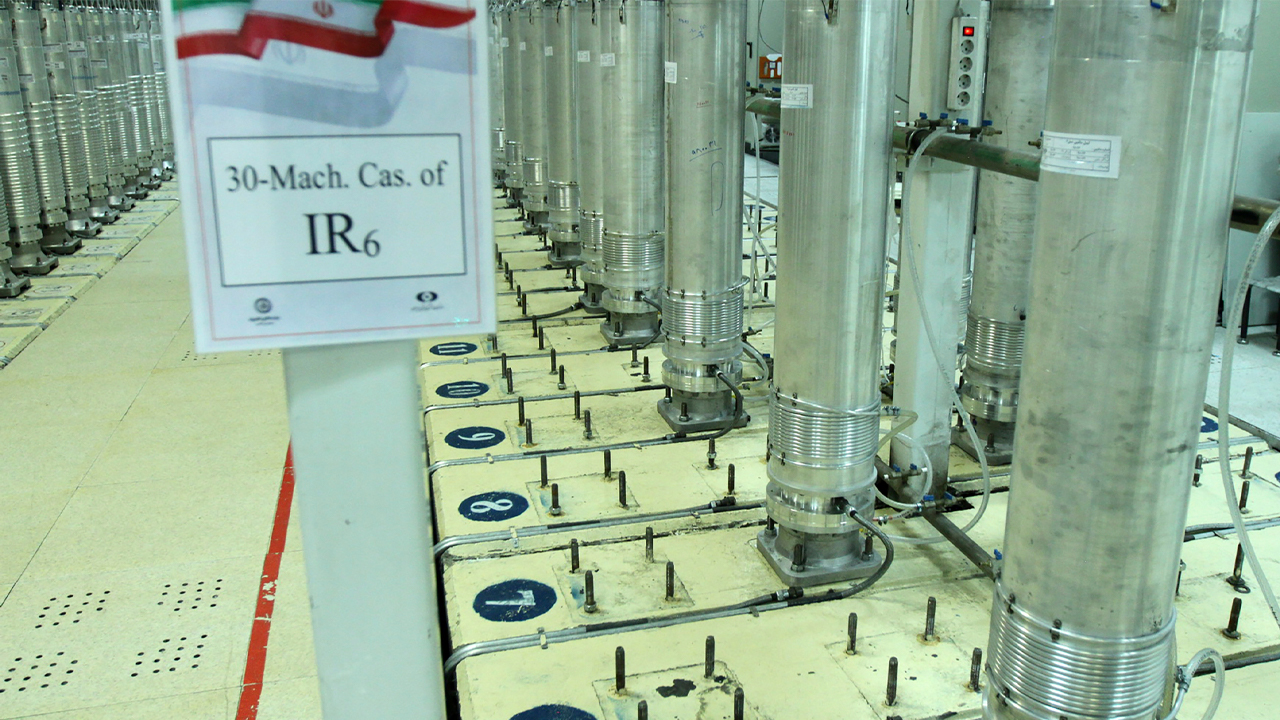 DUBAI, United Arab Emirates — Iran will begin enriching uranium up to 60% purity after an attack on its Natanz nuclear facility, a negotiator said Tuesday, pushing its program to higher levels than ever before though still remaining short of weapons-grade.

The announcement marks a significant escalation after the sabotage that damaged centrifuges, suspected of having been carried out by Israel — and could inspire a further response from Israel amid a long-running shadow war between the nations. Israeli Prime Minister Benjamin Netanyahu has vowed never to allow Tehran to obtain a nuclear weapon and his country has twice preemptively bombed Mideast nations to stop their atomic programs.

Talks to Include the U.S. in Atomic Deal Could be Affected

Already earlier in the day, Iran’s foreign minister had warned that the weekend assault at Natanz could hurt ongoing negotiations over its tattered atomic deal with world powers. Those talks are aimed at finding a way for the United States to re-enter the agreement, the goal of which is to limit Iran’s uranium enrichment in exchange for relief on sanctions.

Nuclear negotiator Abbas Araghchi, in Vienna to begin informal talks Tuesday night, made a point to make his announcement in English.

“We believe this round of negotiations is the time for the U.S. to present a list and I hope that I can go back to Tehran with the list of sanctions which should be lifted,” Araghchi told Iranian state television’s English-language arm Press TV. “Otherwise, I don’t believe we can continue like this. Otherwise, it would be a waste of time.”

He said authorities would add another 1,000 centrifuges to Natanz as well.

“The damaged centrifuges in Natanz … would be replaced with more-advanced centrifuges and more-capable centrifuges,” he said. “We insist on what we have asked. All sanctions should be lifted, we verify and then we go back to full compliance if we are satisfied with the verification process.”

Iran had been enriching up to 20% — even that was a short technical step to weapons-grade levels of 90%.

Iran insists its nuclear program is peaceful, though the West and the International Atomic Energy Agency say Tehran had an organized military nuclear program up until the end of 2003. However, the nuclear deal prevents it from having enough of a uranium stockpile to be able to pursue a nuclear weapon.

The talks in Vienna are aimed at reviving America’s role in that agreement, which former President Donald Trump abandoned, and lifting the sanctions he imposed.

The Vienna-base IAEA said it was aware of Araghchi’s comments, but had no immediate comment. The negotiator said that a full letter explaining Iran’s position already had been given to the agency, whose inspectors have been closely monitoring Tehran’s program since the 2015 nuclear deal.

Mikhail Ulyanov, Russia’s ambassador to the IAEA, said that “those who undertook an act of sabotage against the nuclear facility in Natanz probably wanted to undermine the process of” reviving the nuclear accord.

“They underestimated the possibility of significant ‘side effects,’” he tweeted. Russia is a member of the nuclear deal.

The move to 60% had been hinted at in the past. Iran’s Supreme Leader Ayatollah Ali Khamenei had threatened to go to that level in February if the country needed.

“We are determined to develop our nuclear capabilities in line with the needs of the country,” Khamenei said then, according to a transcript of his speech published by his website. “For this reason, Iran’s enrichment will not be limited to 20%, and we will take whatever action is necessary for the country.”

Iran previously had said it could use uranium enriched up to 60% for nuclear-powered ships. However, the Islamic Republic currently has no such ships in its navy.

Details of the Attack on Natanz Still Unclear

Details remained scarce about the weekend attack at Natanz. The event was initially described only as a blackout in the electrical grid feeding above-ground workshops and underground enrichment halls — but later Iranian officials began referring to it as an attack.

The U.S. has insisted it had nothing to do with Sunday’s sabotage. Instead, Israel is widely believed to have carried out the assault that damaged centrifuges, though it has not claimed it.

Iran Threatens Israel; Unlikely to Withdraw from Talks with the U.S.

Zarif separately renewed his earlier warning to Israel over the sabotage, saying that if Iran determines its archenemy was behind it, “then Israel will get its response and will see what a stupid thing it has done.”

Kayhan, the hard-line Tehran newspaper, urged Iran to “walk out of the Vienna talks, suspend all nuclear commitments, retaliate against Israel and identify and dismantle the domestic infiltration network behind the sabotage.”

“Despite evidence that shows the role of the U.S. as main instigator of nuclear sabotage against Iran, unfortunately some statesmen, by purging the U.S. of responsibility, (aid) Washington’s crimes against the people of Iran,” the paper said in Tuesday’s editions.

While Kayhan is a small-circulation newspaper, its editor-in-chief, Hossein Shariatmadari, was appointed by Supreme Leader Ayatollah Ali Khamenei and has been described as an adviser to him in the past.

Iran’s withdrawal from the talks remains unlikely as the administration of President Hassan Rouhani, whose main diplomatic achievement was the 2015 accord, hopes to get the U.S. to rejoin it and provide desperately needed sanctions relief. But the announcement that it would enrich uranium further shows how pressure has been growing within Iran’s theocracy over how to respond to the attack.

Rouhani met later Tuesday with Lavrov and stressed the importance of all parties returning to the deal.

“We are neither ready to accept less than that, nor are we after achieving more than that,” he said.

US Recommends ‘Pause’ for J&J Vaccine Over Clot Reports