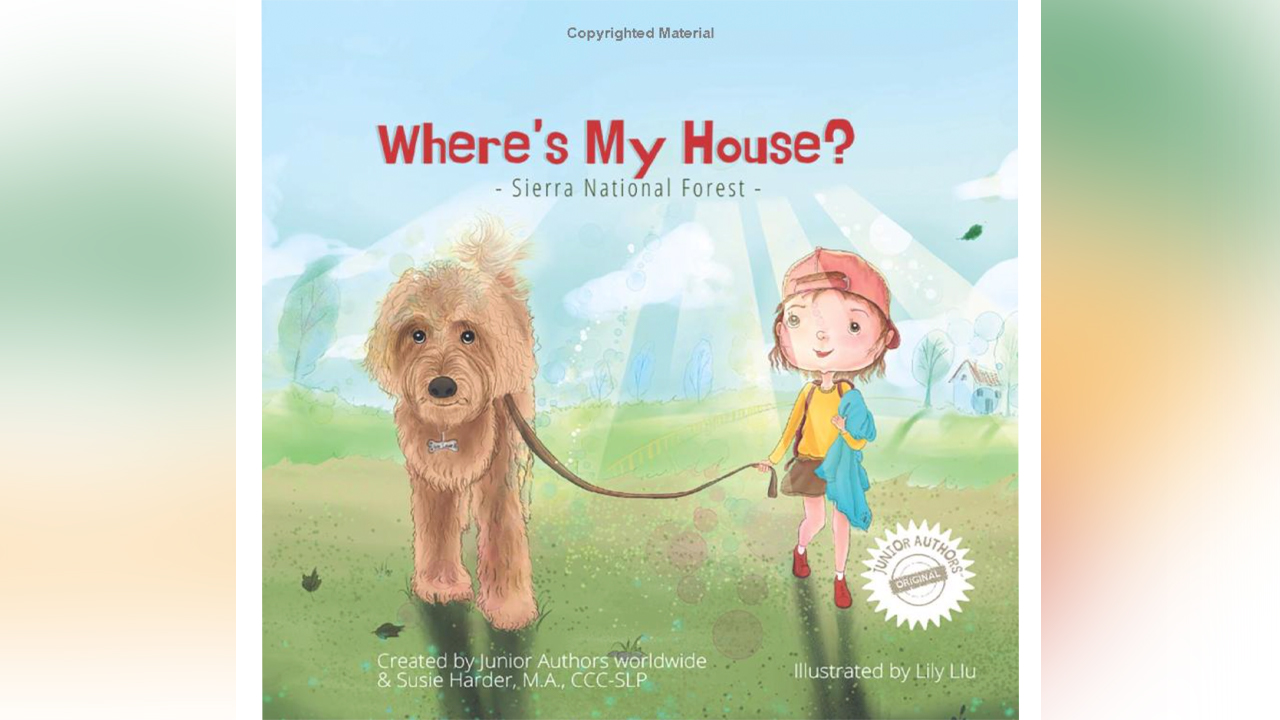 After the Creek Fire ripped through neighborhoods in Big Creek, Auberry, and other nearby Sierra locations, Susie Harder thought immediately of the kids who had lost their homes and possessions and decided to write a book. That book project soon blossomed into an interactive publishing activity, with children from around the world joining kids from the Creek Fire areas in voting on the illustrations and other book details.

Harder, a speech-language pathologist in Clovis who grew up in Tollhouse, said the book, “Where’s My House?”, will debut on Amazon on Earth Day (April 22). Two days later, several of the “junior” authors will be featured at a family-friendly community celebration Harder is organizing in Auberry.

Proceeds from the $15 book and other contributions are going into funds to help families who lost everything in the devastating fire in September 2020.

To RSVP for the event, which will start at 3 p.m. April 24 at the Rocktree Center, click here.

Harder said she envisioned the book as a way for younger kids to process their losses through the story of Ava and her dog Charlie, who loses his doghouse and all his possessions in a fire. Kids would get the chance to weigh in on what the characters and scenery looked like and how the story would be told. 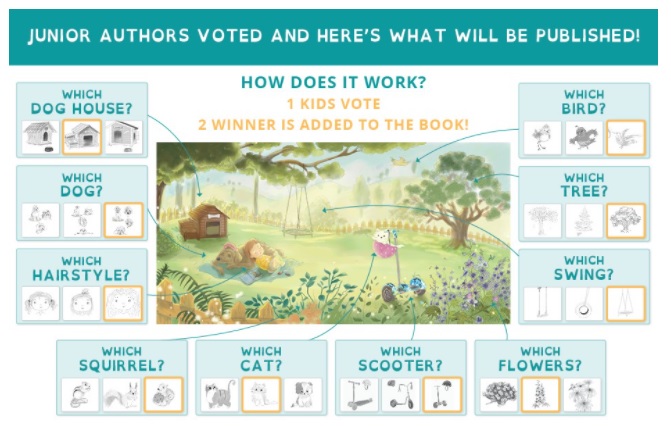 Kids could vote on illustrations for “Where’s My House?” (Illustration provided by Susie Harder)

Because of the pandemic, the kids’ gathered in online Zoom sessions and registered their votes, which Harder realized made it possible for other children to get involved. Thousands across the U.S. and around the world — including Australia, Ethiopia, Japan, and Ireland — have contributed in live sessions, she said.

The success of “Where’s My House?” as a book-writing exercise sparked the Junior Author’s project, which will continue with new books that youngsters will help write and design, with Harder’s assistance.

The Creek Fire book project’s sponsors include the United Way, which has been assisting fire victims in rebuilding their lives and communities. The United produced a video that helps explain the project.

Getting tapped to march in the Macy’s Thanksgiving Day Parade is a real honor for high school marching bands. So it’s not surprising that Clovis North and Clovis Unified officials were beyond excited this week to announce that the Clovis North band is one of nine selected for the 2022 parade out of more than 100 applicants.

David Lesser, the Clovis North band director, told trustees at Wednesday’s board meeting that he actually learned about the band’s selection on Valentine’s Day of 2020, but he had to keep it a secret for over a year. Only four other California bands have marched in the parade during its long history, he said. Among them: the Clovis West marching band, which appeared in the 1988, 1995, and 2000 parades.

“We’re ecstatic,” he told trustees. “We’re looking forward to getting back and making some music.”

Students will have their work cut out for them. In addition to perfecting the routines that they will perform on the parade route, they will need to raise funds to cover the costs of the trip. Macy’s gave them a head start with a $10,000 check. 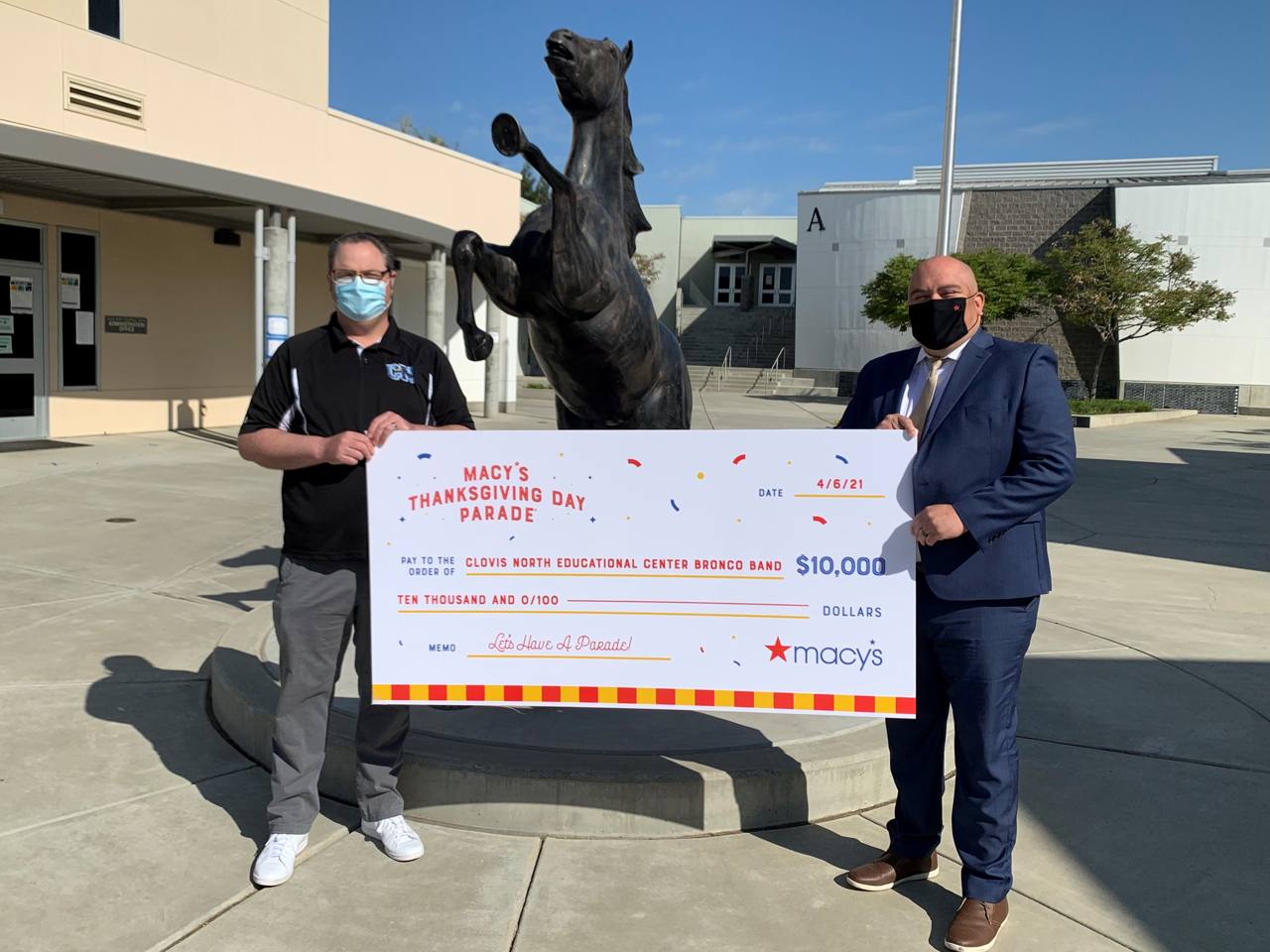 Westside High Schoolers Can Get College $$

If you’re attending a high school on the west side of the Valley — or you know someone who is — you’ll want to check out the scholarships from the Westlands Water District.

“Westlands’ expanded scholarship program is a small gesture of appreciation for the people who live on the westside of the San Joaquin Valley and play a pivotal role in feeding our nation,” Tom Birmingham, Westlands’ general manager, said in a news release. “With the compounding challenges presented by the COVID pandemic and this year’s drought conditions, Westlands hopes the scholarships will help ease some of the financial burden of higher education for the recipients and that each recipient continues to contribute to their community and the region.”

Applications and all supporting documents must be received by the district by 5 p.m. May 21, and may be submitted by email to pubaffairs@wwd.ca.gov with the subject line “Scholarship Application 2021” or by mail to Westlands Public Affairs, P.O. Box 6056, Fresno, CA 93703.

What’s in a Name?

Fresno Unified School District needs your help to name the new alternative education campus now under construction at Ventura and 10th streets, and you can use this survey link to register your nomination.

According to board policy, schools may be named for individuals, living or dead, who have made outstanding contributions to the county or community or of significance on a state, national, or worldwide basis, or the geographic area in which the school is located.

The deadline to submit a nomination is May 7.

The $60 million V-10 campus, which will centralize the district’s alternative education campuses now at Cambridge Continuation High School and J.E. Young Academic Center, plus the eLearn Center. The center will include career technology classrooms, dual enrollment programs, and a child care facility.