Biden Seems Ready to Extend US Troop Presence in Afghanistan 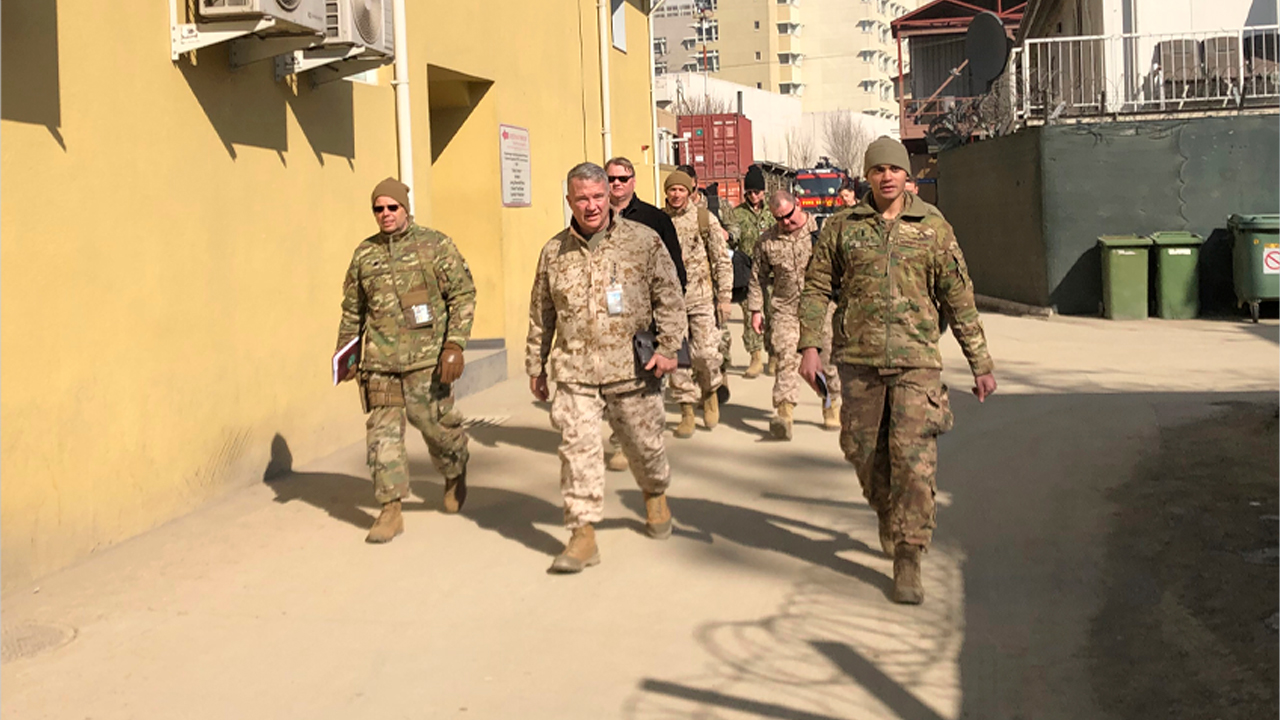 WASHINGTON — Without coming right out and saying it, President Joe Biden seems ready to let lapse a May 1 deadline for completing a withdrawal of U.S. troops from Afghanistan. Orderly withdrawals take time, and Biden is running out of it.

Biden has inched so close to the deadline that his indecision amounts almost to a decision to put off, at least for a number of months, a pullout of the remaining 2,500 troops and continue supporting the Afghan military at the risk of a Taliban backlash. Removing all of the troops and their equipment in the next three weeks — along with coalition partners that cannot get out on their own — would be difficult logistically, as Biden himself suggested in late March.

“It’s going to be hard to meet the May 1 deadline,” he said. “Just in terms of tactical reasons, it’s hard to get those troops out.” Tellingly, he added, “And if we leave, we’re going to do so in a safe and orderly way.”

James Stavridis, a retired Navy admiral who served as NATO’s top commander from 2009 to 2013, says it would be unwise at this point to get out quickly.

“Sometimes not making a decision becomes a decision, which seems the case with the May 1 deadline,” Stavridis said in an email exchange Wednesday. “The most prudent course of action feels like a six-month extension and an attempt to get the Taliban truly meeting their promises — essentially permitting a legitimate ‘conditions based’ withdrawal in the fall.”

There are crosscurrents of pressure on Biden. On the one hand, he has argued for years, including during his time as vice president, when President Barack Obama ordered a huge buildup of U.S. forces, that Afghanistan is better handled as a smaller-scale counterterrorism mission. Countering Russia and China has since emerged as a higher priority.

On the other hand, current and former military officers have argued that leaving now, with the Taliban in a position of relative strength and the Afghan government in a fragile state, would risk losing what has been gained in 20 years of fighting.

“A withdrawal would not only leave America more vulnerable to terrorist threats; it would also have catastrophic effects in Afghanistan and the region that would not be in the interest of any of the key actors, including the Taliban,” a bipartisan experts group known as the Afghan Study Group concluded in a February report. The group, whose co-chair, retired Gen. Joseph Dunford, is a former commander of U.S. forces in Afghanistan and former chairman of the Joint Chiefs, recommended Biden extend the deadline beyond May, preferably with some sort of agreement by the Taliban.

If the troops stay, Afghanistan will become Biden’s war. His decisions, now and in coming months, could determine the legacy of a 2001 U.S. invasion that was designed as a response to al-Qaida’s Sept. 11 attacks, for which the extremist group led by Osama bin Laden used Afghanistan as a haven.

Biden said during the 2020 campaign that if elected he might keep a counterterrorism force in Afghanistan but also would “end the war responsibly” to ensure U.S. forces never have to return. The peace talks that began last fall between the Taliban and the Afghan government are seen as the best hope, but they have produced little so far.

Biden Consulting at Length Inside his Administration and with Allies

Postponing the U.S. withdrawal carries the risk of the Taliban resuming attacks on U.S. and coalition forces, possibly escalating the war. In a February 2020 agreement with the administration of President Donald Trump, the Taliban agreed to halt such attacks and hold peace talks with the Afghan government, in exchange for a U.S. commitment to a complete withdrawal by May 2021.

When he entered the White House in January, Biden knew of the looming deadline and had time to meet it if he had chosen to do so. It became a steep logistical hurdle only because he put off a decision in favor of consulting at length inside his administration and with allies. Flying thousands of troops and their equipment out of Afghanistan in the next three weeks under the potential threat of Taliban resistance is not technically impossible, although it would appear to violate Biden’s promise not to rush.

Biden undertook a review of the February 2020 agreement shortly after taking office, and as recently as Tuesday aides said he was still contemplating a way ahead in Afghanistan. White House press secretary Jen Psaki stressed that May 1 was a deadline set by the prior administration and that a decision was complicated.

“But it’s also an important decision — one he needs to make in close consultation with our allies and also with our national security team here in this administration,” Psaki said. “And we want to give him the time to do that.”

In briefings on Afghanistan, Biden would have heard from military commanders such as Gen. Frank McKenzie, head of U.S. Central Command, who have said publicly and repeatedly that the Taliban have not fully lived up to the commitments they made in the February 2020 agreement. McKenzie and others have said violence levels are too high for a durable political settlement to be made.

Congress has been cautious about reducing the U.S. military presence in Afghanistan. Last year it expressly forbade the Pentagon from using funds to reduce below 4,000 troops, but the Pentagon went ahead anyway after Trump ordered a reduction to 2,500 after he lost the election. Trump got around the legal prohibition by signing a waiver.

Related Topics:AfghanistanPresident Joe Biden
Up Next