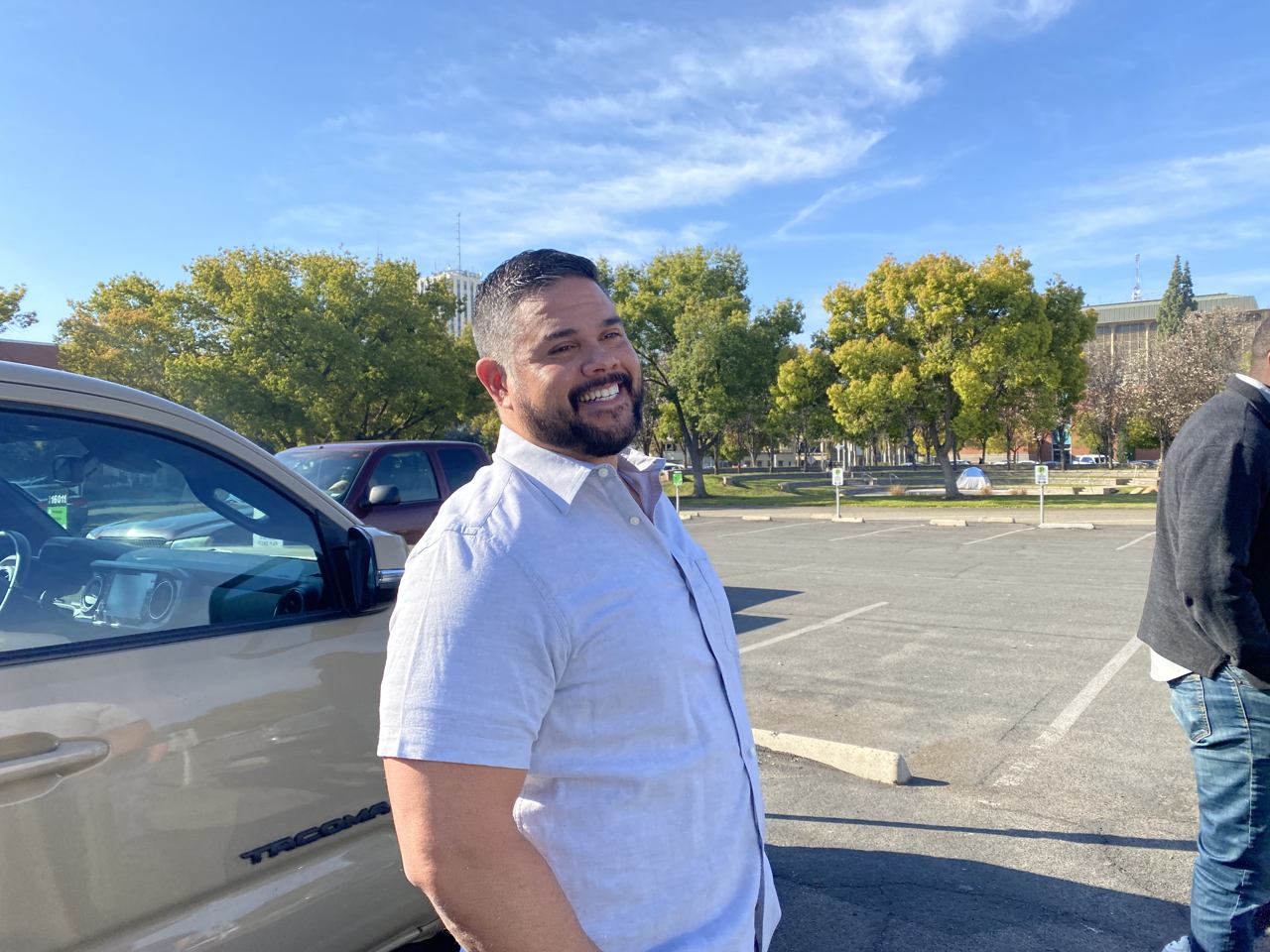 Pastor Anthony Flores wants to work with his soon-to-be neighbors in the Tower District.

The leader of Adventure Church says he expects to close escrow on the iconic Tower Theatre property on March 31. On Thursday, Judge Rosemary McGuire declined to grant an injunction sought by a tenant, paving way for completion of the sale.

“I would say when this is all done, let’s sit down and have a conversation. Let’s talk. Let me hear your heart. Let’s get to know each other. I think there’s just been some stuff on both sides and some miscommunication. And, you know, I think it’s a great conversation and we’ll go from there,” Flores said.

The Tower property includes the historic theater and other buildings on the block, several of which are leased by restaurants .

Sequoia Brewing Company sued the owners of the Tower Theatre and Adventure Church, claiming their lease gives them the right to buy their building first. They also sought an injunction that would halt the entire sale until a trial could be held.

Mayor Jerry Dyer had no comment Friday about the case. His prior offer to lease the Fresno Memorial Auditorium to the church as an alternative to the Tower Theatre purchase was rejected by the church.

“I am deeply concerned about the ongoing dispute over the future of Tower Theatre,” Councilwoman Esmeralda Soria told ABC 30. “The city is working tirelessly to find a resolution that is satisfactory for everyone through our attorneys and negotiations. I urge everyone to remain calm while the legal case involving Tower Theatre is decided and while our attorneys continue to work towards a satisfactory resolution.”

Attorneys representing Sequoia said they would file an emergency writ to the appeal court by Tuesday. The Superior Court hearing on the merits of the case resumes in July. Opponents of the Tower Theatre sale wave flags at a protest on March 14, 2021. (GV Wire/David Taub)

The Tower Theatre is known for hosting concerts and films. It is home to the Reel Pride Film Festival, an LGBT event that screens at the theater.

Flores is willing to meet with groups like Reel Pride and another Tower event, the Rogue Festival.

“I would just hear from them. I would ask questions, how are they doing? What’s their heart? What do they see? You know, how are they feeling? We’re just having a conversation. I think what’s needed is just to get to know each other. And that sounds like a good first step to me,” Flores said.

Flores would also ask “do they want to work with me?” He does not have a definitive answer if such well-known Tower events would continue, pandemic permitting.

“I think we’re looking for an immediate answer, a definitive answer. I think we’re in a very fluid situation. So I think it would do an injustice to both sides,” Flores said.

Kathleen Arambula-Reyna, the Reel Pride executive director, says they’ve been working on a yearly contract with the theater. They held the 2020 event online and our likely to hold 2021 online as well.

They have contingency plans if they do not screen at the Tower Theatre again to hold it at other venues.

“We can even set up our own tent, Arambula-Reyna said. “Reel Pride is resilient. We are about our members.” 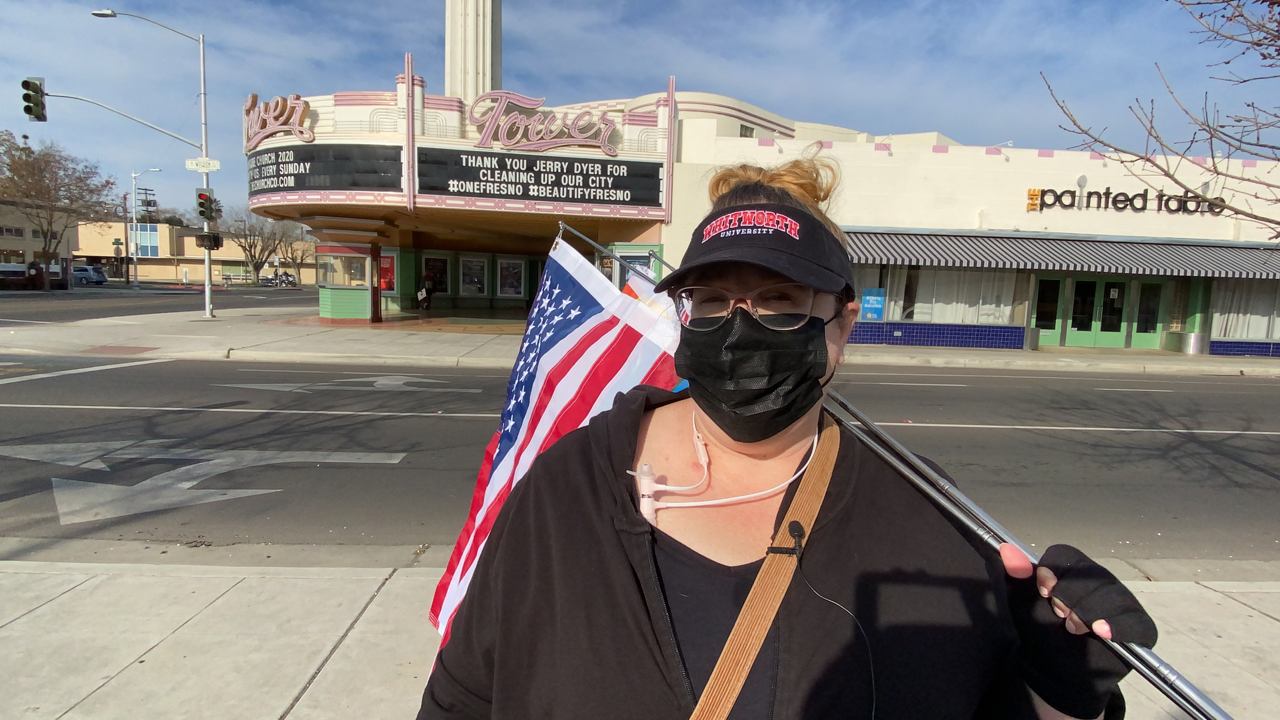 “We will fight a rezone every step of the way.” — Heather Parish

When the church informed the city its intent to purchase the Tower Theatre in December, it sent a letter to the city asking about zoning regulations. Initially the city said services were a permissible use. A few weeks later, the city reversed its position saying church assembly is only allowed if a property is less than 2,000 square feet. The theater is larger.

Flores said the church does not need a rezone to hold services, which he calls an incidental use of the property.

“We would like to continue shows. We would love to continue doing the things that Tower Entertainment was doing before. So we’re hoping to work with the city and let them know that they can and just keep them at their word of the original document,” Flores said.

One of the main opponents of the sale, the Save the Tower Theatre Demonstration Committee, believes a rezone would be required.

“Adventure Church may own the parcel, but it does not have unilateral say in its use or in the zoning processes of this neighborhood or the city of Fresno,” committee member Heather Parish said. “We will fight a rezone every step of the way.”

Another concern from neighbors is whether a church in the area could affect the future of licenses for selling alcohol and marijuana, or allow for dance clubs.

“We will not put any businesses at harm or, out of business, I should say,” Flores said.

Also in play is a federal law known as the Religious Land Use and Institutionalized Persons Act that prevents the government from unfair land use laws against religious institutions.

Legal experts have told GV Wire℠ that preventing the church from using a space zoned for other types of public assembly — such as movies and concerts — but not a religious service, may be unconstitutional.

Flores says the church will fight any attempt of a rezone.

“We’ll go through this again. We are holding firm to our position once again. We know that on the rezone is something that we visited with them already. And we’ve made our stance clear what we would like to do according to the original paperwork they’ve given us,” Flores said.

Church No Longer Meeting in Person

Before starting the process to buy the theater, Adventure Church was a tenant. It held in-person services twice a week until January, even though such actions were prohibited by state and local stay-at-home measures.

Flores doubts they will return in foreseeable future — even though state health regulations now allow indoor services with safety precautions.

“I’m working with the current owner on that. And with all the protesting going on and then some other stuff going on, we thought it best that we’d stay at our (other) location for right now. Until him and I continue to have conversations and figure out a plan,” Flores said.

Protesters have been demonstrating for 11 consecutive Sundays outside the Tower Theatre location. While it has been mostly peaceful, things did get heated this past Sunday when individuals claiming affiliation with the Brown Berets and Proud Boys verbally clashed.

Flores said he was not initially aware of the confrontations, or of allegations that the Proud Boys are a hate group.

“We’re not affiliated with anything of that nature. We’re a church. We looked up the name of Jesus,” Flores said. “We’re holding church services while they’re holding a protest. So I don’t drive by. I don’t know. I didn’t even see it in the news.”

“We all need to get along and this is our First Amendment right to protest, but we need to do it amicably,” Flores said. “God hasn’t called us to do that (protest) at this specific time. He hasn’t called us to protest. We’re not doing it. We’re just going to continue to have church on Sunday.”