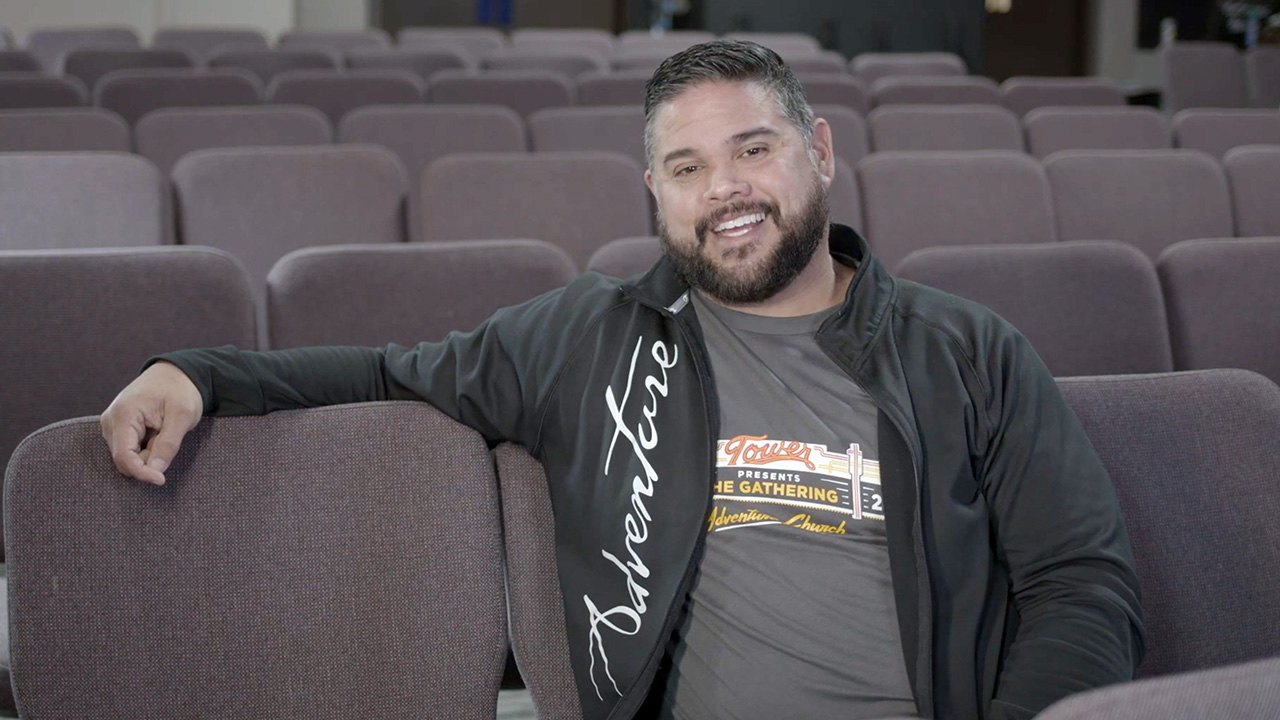 The pastor for the church purchasing the Tower Theatre is threatening litigation if services are not allowed to be held at the iconic venue.

In a 12-minute YouTube message, Pastor Anthony Flores of Adventure Church expressed his love for the community, but blamed the city of Fresno for the controversy over the sale and future use of the theater.

“Unfortunately, we had to get lawyers involved now because this is way past my pay grade,” Flores said. “Well, it looks like we’re going to be in a lawsuit. We don’t have very many options at this point.”

The church is in the final steps of purchasing the eclectic neighborhood’s namesake and anchor, the Tower Theatre. It has met with backlash from the Tower community. The city says zoning changes are needed if Adventure wants to continue using the venue as a church.

In a Dec. 7 letter to the city, the church revealed its plans to purchase the theater and continue holding events there. Escrow is scheduled to close at the end of the month.

Flores blamed the city for ill feelings, saying officials never publicly released the letter once word got out that Adventure was buying the theater.

“(The hostilities are) there because this city, the city council, did not put out the letter that says we’re going to have shows. So everybody is demonizing us, saying that, hey, they were going to shut down shows,” Flores said.

In his video, Flores said the church has never protested any events, including an annual gay pride parade and Mardi Gras festivities that are held annually in the Tower District.

“We don’t know why the city attorney, we don’t know why (councilmembers) Miguel (Arias), Esmeralda (Soria) did not read off the letter that said we are going to have events,” Flores said.

Last week, the Fresno city attorney’s office sent the theater and the church a letter informing them that the Tower Theatre is not zoned for church services, ordering them to stop. The letter also stated that the church services violate state and regional stay-at-home orders.

“Let me get this straight. You can have a jazz concert on Thursday. You could have a choir on Friday, you could have someone showing a movie on Saturday, but you can’t have church on Sunday? Wow, that seems a little harsh,” Flores said.

The church, in a subsequent news release, said they have not requested any zoning changes and called them “unnecessary.”

Last week at a news conference, Mayor Jerry Dyer acknowledged the miscommunication and spoke with the church.

“I do support a person’s ability to to worship freely,” Dyer said. However, Dyer said the mayor does not have the power to override city council land use decisions. 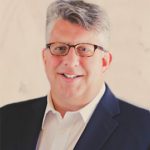 “If you’re allowing a secular assembly use like a theater, then you have to allow for a religious use.” — Attorney and RLUIPA expert Daniel Dalton

A 2000 federal law may protect the church from unfair zoning laws.

Known as the Religious Land Use and Institutionalized Persons Act, it generally allows church use if other public assembly uses are approved.

Daniel Dalton, a Detroit-based attorney who is an expert in the federal law, says the city has limited options.

“If you’re allowing a secular assembly use like a theater, then you have to allow for a religious use,” Dalton, who is not involved, said.

The city could issue a conditional use permit, which would restrict things like hours of use, parking and sound.

Surrounding businesses have expressed concern that their liquor or cannabis license could be in jeopardy. Generally, such licenses are restricted near a house of worship.

Dalton says that zoning or permits should not be affected, as long as it is the same business type, such as a restaurant remaining a restaurant after a sale.

“If they’re already there, then those uses continue. It’s called a preexisting use and they don’t have to shut down. They don’t have to modify their services or anything like that,” Dalton said.

The church could also waive such restrictions.

Dalton agreed that the city could be in trouble if it forces church services out.

“It’s a big legal problem for the city,” Dalton said. “It’s everybody’s best interest is not to litigate this.”

The Tower District is zoned Commercial Main Street, which allows most business activities, but restricts religious use to a space no more than 2,000 square feet — far less than what the Tower Theatre provides.

The law, in part says “No government shall impose or implement a land use regulation in a manner that imposes a substantial burden on the religious exercise of a person, including a religious assembly or institution, unless the government demonstrates that imposition of the burden on that person, assembly, or institution — (A) is in furtherance of a compelling governmental interest;  and (B) is the least restrictive means of furthering that compelling governmental interest.”

Flores said the plan for the theater is to use it for church on Sunday mornings and occasional Wednesday evenings. The rest of the dates would be available for concerts and films.

“The current owner of the theater was going to stay on and kind of help us because shows we even talked about hosting Miss Fresno at the Tower Theater,” Flores said.

Flores estimates that for every church event at the theater, there would be three non-church events.

Although the exact nature of the sale is unknown, a flyer from a commercial broker offered the Tower Theatre and other adjacent properties for $6.5 million. That includes the theater office and space leased by other restaurants on the block.

Flores said the church received a bank loan, and a “generous financial angel investor” helped with the purchase.

“When we were approached about purchasing the Tower Theatre, we didn’t think it would be this soon,” Flores said.

The church’s main building and offices are on Palm Avenue, south of Olive — blocks away from the theater. Flores says the church has outgrown that location and has held some services at the Tower Theatre for the last five years. Weekly services have been ongoing since March.

Arias: A Matter of Zoning Laws

The Tower District falls between two City Council districts — District 1 represented by Esmeralda Soria to the north of Olive Avenue; and District 3 represented by Miguel Arias to the south.

Arias said the issue comes down to zoning laws.

“It’s a very simple issue. It’s one of land use. We have zoning laws in this country, in the state, in the city for a reason.  I would never … (authorize) a nightclub next to any church in Fresno or any school. That’s the intent of the zoning laws,” Arias said.

Arias said it is a question for attorneys as to what public assembly activities can be restricted, such as services, when others are acceptable.

“If Laurence wants to make sure that the community isn’t too upset, he will consider all options and we will see what happens through the process,” Soria said. “I want to be able to work with him so that whatever that change is, it is a positive change for the community and that there is a smooth transition and that the economic vitality that is the Tower … will be there post-pandemic.”

That was followed up with a protest at the theater on Sunday, with demonstrators advocating to maintain the theater as an arts and cultural hub.

“It’s always been a neighborhood of interesting people,” longtime resident Jennifer White said. “I don’t understand why the Adventure Church wants to come here when none of the residents and businesses want them here. They are not welcome.”

In his video, Flores encouraged his flock to patronize Tower District businesses.

“We want to reinvest in the community that we always belong to,” Flores said.

Others were more skeptical.

“As a member of the LGBT community, I know what this means to us,” James Martinez — a Tower resident and elected member of the Fresno County Board of Education said during the meeting. “That was one of the first safe places for me to go.”

The Painted Table is a tenant of the Tower Theatre, and their building is included in the sale. Managing partner Jeromie Hansen was critical of the move and concerned about his business’ future.

“It blows my mind as a business owner and a community member that he would decide to do this to our district. It truly disgusts me,” Hansen said. “His mother … must be rolling in her grave right now.”

The Business Journal reported today that The Painted Table plans to move to a new location.

The Church and LGBT Community

During the Friday online meeting and in prior social media comments, Adventure Church has been labeled anti-LGBT.

Flores says his church is welcoming.

“I know there’s been a lot of talk out there, how we feel about the LGBTQ community. We love you. We love God and we love people. And everybody always says, well, do you affirm them and will you affirm them? We love you and you are welcome to any of the church services we have and we welcome you,” Flores said.

That applies to non-church events as well.

“If you are part of the Tower Theater production rental side of it, we welcome you. We have nothing against anybody. And I think there’s so much positivity out there and castigation and it’s so quick to demonize,” Flores said.

US Shifts to Speed COVID Shots as Cases and Deaths Rise