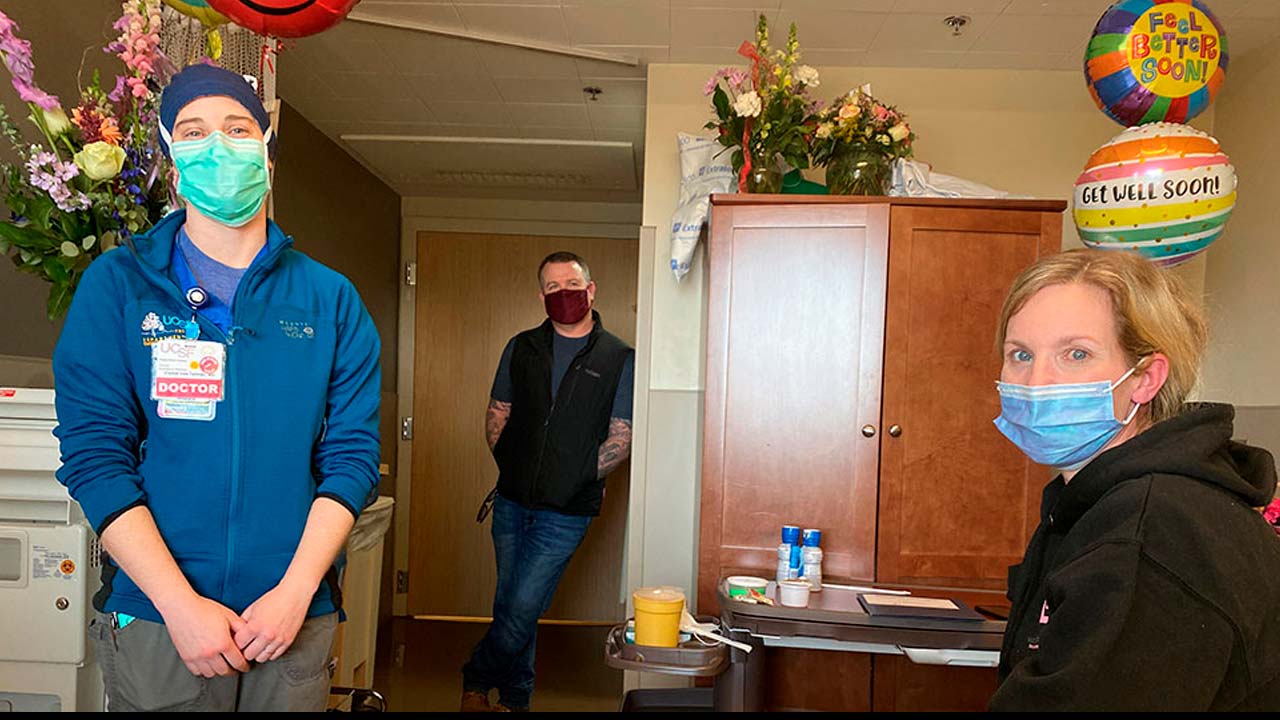 A few days after Thanksgiving, Dallas Selling — 19-weeks pregnant with twins — started feeling sick with a fever and had difficulty breathing. For days she tried to “tough” it out, but she finally gave in on Dec. 2 and called an ambulance. She was taken to Clovis Community Medical Center’s emergency department.

“Obviously no one wants to go to the hospital, but you have to listen to your body,” Selling said. “I’ve always been the type to push myself really hard … but you know when something is wrong.”

Because of her coronavirus infection, Selling’s lungs just weren’t able to take in enough oxygen for her and the babies, so the next day she was transferred to Community Regional Medical Center for a higher level of care. The team from the Valley’s only high risk antepartum center was standing by to help the intensive care team.

At Community Regional, Selling was put on a ventilator when her oxygen levels continued to drop. For almost three weeks she continued to decline. Fearing the worst, her physicians and husband decided she needed extracorporeal membrane oxygenation (ECMO) treatment in order to save her and the babies.