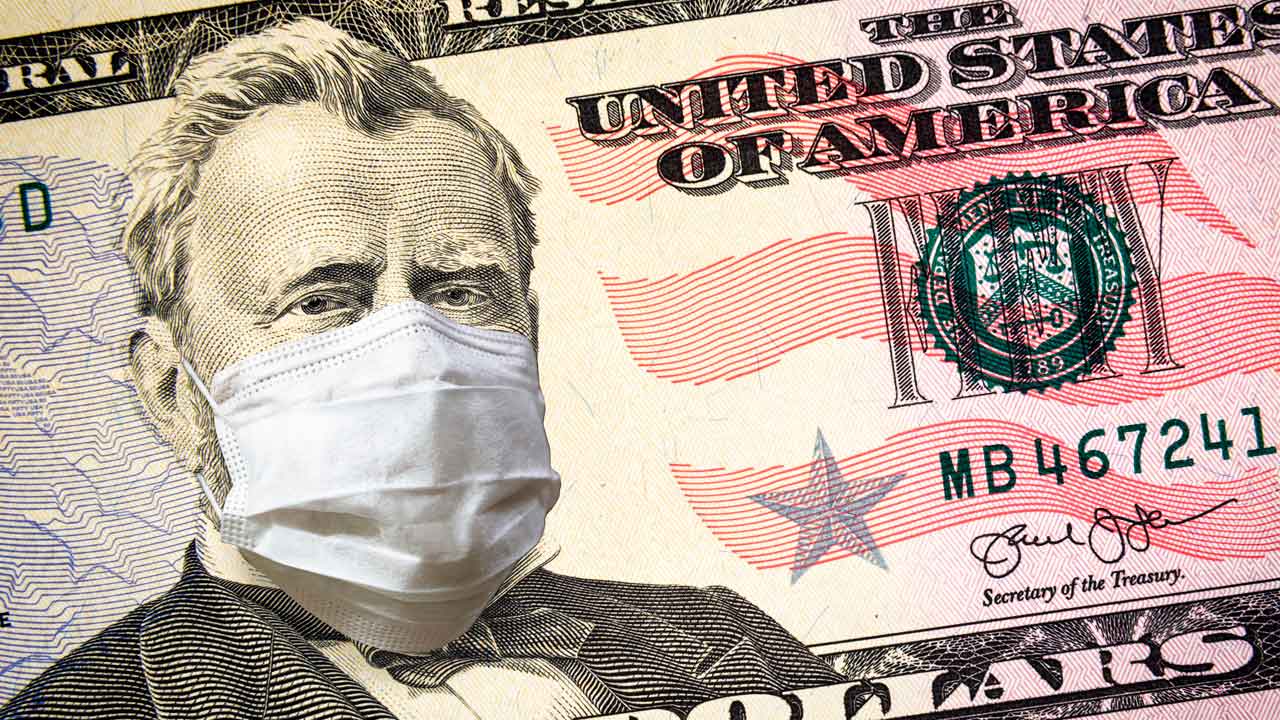 At the end of 2020, California had lost a record 1.6 million jobs during the pandemic. Nearly a half-million people stopped even trying to look for work. Business properties saw their value plummet more than 30%.

But California’s bank account is overflowing. As of January, the state’s tax collections were $10.5 billion ahead of projections. By the end of the fiscal year on July 1, Gov. Gavin Newsom and the state Legislature could have a $19 billion surplus to spend.

It’s so much money that, for just the second time ever, the state is projected to trigger a state law requiring the government to send refunds to taxpayers.

Economic downturns usually put state governments in a bind, forcing them to cut services at a time when people need them most. That’s what happened a decade ago during the Great Recession when the housing market collapsed and the stock market tanked, creating a cascade of losses from the wealthy on down.

But this time, with the pandemic forcing the closure of bars, restaurants, theme parks, sporting events and small businesses, lower-wage workers bore the brunt of the losses while the wealthier worked from home. The economic losses started at the bottom of the income ladder and so far they haven’t made their way up to the top.

That’s put states like California, with a tax code that relies heavily on the rich, in a strange place. A year ago, state lawmakers thought this downturn would behave like other downturns. They cut spending, raised taxes on some businesses, borrowed money and pulled from the state’s savings account — all to prepare for having less money.

1% of Taxpayers Account for Half of California Income Tax Revenue

But the state’s revenues went up. And billions of dollars from the federal government, which paid for things like hotel rooms for the homeless and home-delivered meals for seniors, also softened the blow.

“This isn’t a recession that was driven by economic failures, this is a recession driven by a global pandemic,” said Chris Hoene, executive director of the California Budget and Policy Center. “It just has different structural elements to it.”

Unlike most states, California taxes capital gains — mostly money made from investments and stocks — the same as money made from wages and salaries. The result is 1% of the population accounts for nearly half of the state’s income tax collections.

That 1% had a pretty good year in 2020, financially speaking. The stock market is 16% above its pre-pandemic high in February 2020. A slew of California tech companies, led by Airbnb and DoorDash, debuted on the stock market last year, adding to the state’s population of millionaires and billionaires.

The Newsom administration projects Californians will earn $185 billion from capital gains — the most ever — resulting in $18.5 billion in tax revenue for the state.

“It does point to an overreliance of a very small population of taxpayers,” said David Kline, spokesman for the California Taxpayers Association, which favors limited taxation. “In general, you want a broad base of taxpayers at the lowest rate possible.”

But California’s windfall means it can increase spending at a time when many people can’t. Last week, Newsom signed off on $7.6 billion in new spending, including more than $2 billion in grants for struggling small businesses and $3.6 billion to send $600 one-time payments to nearly 5.7 million people.

Legislative leaders say they plan to pass another $2.3 billion in tax breaks for businesses in the coming weeks, bringing the state’s aid package to nearly $10 billion.

While California has more money, the pandemic has brought more expenses. Schools need more money to reopen after months of distance learning, a thorny subject that has split Newsom from the Democrat-controlled Legislature.

While employment has increased slightly in California for people who earn $60,000 a year or more, employment has dropped nearly 30% for people earning less than $27,000 per year, according to Opportunity Insights, an economic tracker based at Harvard University.

California’s economy has been buoyed by unemployment benefits, which Congress has expanded and extended multiple times. As of December, nearly 90% of people either unemployed or underemployed were receiving jobless benefits in California, according to new research from the California Policy Lab. That’s an increase from earlier in the pandemic, when only about half such people were getting benefits.

“The rather recent spurt in revenue growth that we’ve seen should in no way be taken to mean that California’s economy overall has recovered from the COVID-19 recession,” said H.D. Palmer, spokesman for the California Department of Finance. “Unfortunately, we’ve got a long way to go.”

Other states are also seeing revenue increases. Data from the U.S. Bureau of Economic Analysis shows state and local government revenue increased slightly in the third quarter of 2020 compared to the same time period in 2019. In addition to California, leaders in Maryland, New Mexico, Pennsylvania and North Carolina have either approved or are considering state-level coronavirus aid packages.

Some Republicans in Congress have used those numbers to argue against sending more aid to state and local governments. While states are doing better than expected, they still have less money overall than they would have had without the pandemic, according to Brian Sigritz, director of state and fiscal studies at the National Association of State Budget officers.

“We’ve seen states still have negative impacts on their revenues, but not to the extent that was predicted,” he said. “States aren’t out of the woods yet.”