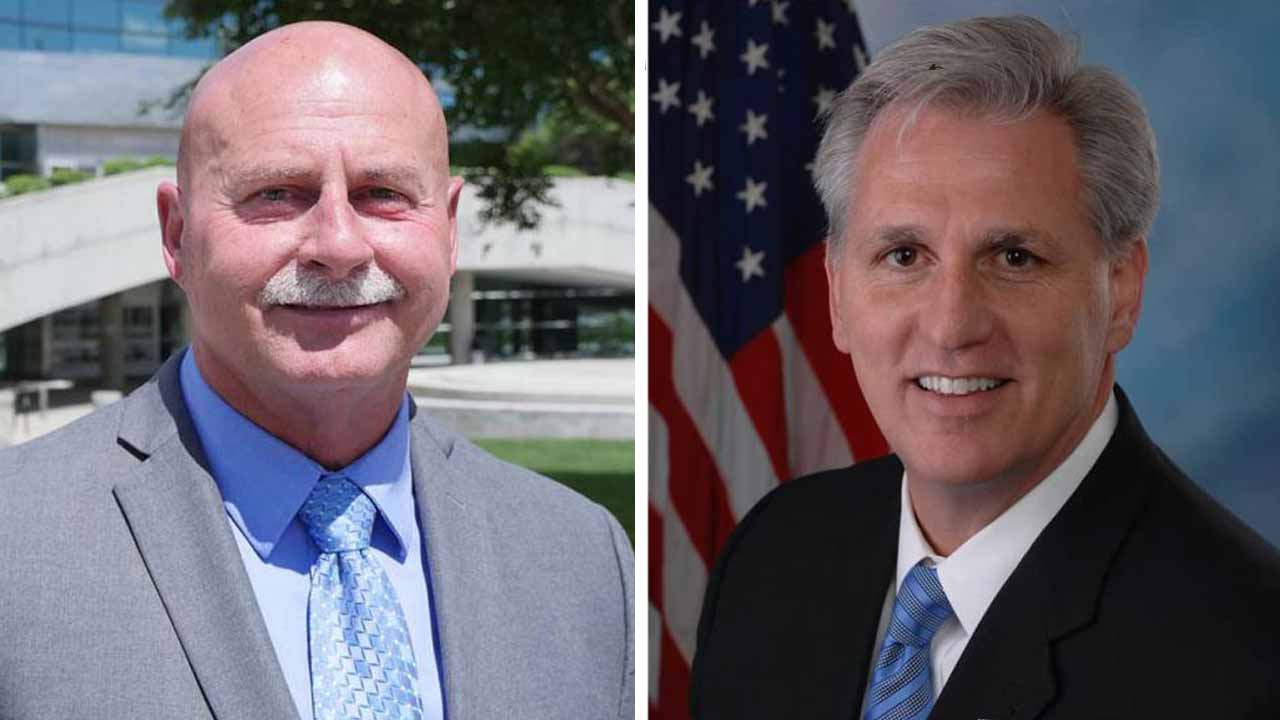 Republicans are closing ranks against Democrats’ proposed $1.9 trillion COVID-19 relief bill as the House moves to push the sweeping package through the chamber on Friday. They are hoping the Senate will follow quickly enough to have legislation on President Joe Biden’s desk by mid-March.

Fresno Mayor Jerry Dyer backs the plan, warning last week that the city could face public safety cuts and other budget impacts if the bill does not pass.

“We have a lot of needs that are unmet right now and we owe it to our people to be able to meet those needs,” Dyer said on Feb. 17. “That relief package is something that’s going to help us.”

“I haven’t seen a Republican yet that’s found something in there that they agree with,” McCarthy said.

“I think all Republicans believe in three simple things: They want a bill that puts us back to work, back to school and back to health. This bill is too costly, too corrupt and too liberal.”

By early Thursday, not one Republican in either chamber had publicly said he or she would back the legislation. GOP leaders were honing attacks on the package as a job killer that does too little to reopen schools or businesses shuttered for the coronavirus pandemic and that was not only wasteful but also even unscrupulous.

The hardening opposition suggested that Biden’s first major legislative initiative could encounter unanimous GOP opposition. That was a counterpoint to his refrain during his campaign about bringing the country together and a replay of the Republican wall that new President Barack Obama encountered in 2009 and most of his administration.

Democrats Show No Signs of Backing Down

Democrats showed no signs of backing down against Republican claims that the bill was wasteful, too expensive and not focused enough on key needs like reopening schools.

“This kind of reflexive partisan opposition is not going to wash with the American people. It wouldn’t wash at any time, but it especially doesn’t wash during this time of crisis,” Senate Majority Leader Chuck Schumer, D-N.Y., said Thursday.

Dyer is among a group of Republican mayors and governors across the U.S. who have come out in support of the latest federal relief package. He was featured prominently in a Feb. 14 Washington Post article examining the apparent disconnect between GOP politicians in Washington and their counterparts closer to home.

Dyer: Not a Republican or Democrat Issue

“It’s not a Republican issue or a Democrat issue,” Dyer told The Post. “It’s a public health issue. It’s an economic issue. And it’s a public safety issue.”

Dyer later said in an interview with KSEE24 News, “I wasn’t elected in this city to serve a party. I was elected to serve the people of Fresno and I’m going to do what I believe is best for them.”

“I think people are really tired of people being divided based on party,” Dyer added. “And we need to come together and do what’s best for the people we serve.”

The overall bill would provide millions of Americans with $1,400 direct payments to help them weather the pandemic that’s stalled much of the economy for a year and killed half a million people. It contains billions of dollars for vaccines and COVID-19 testing, schools, state and local governments and emergency jobless benefits while providing tax cuts or payments for many families with children.

In a sign of hardball politics ahead, top Republicans suggested that transportation spending for California and New York had been squeezed into the bill to benefit House Speaker Nancy Pelosi, D-Calif., who represents San Francisco, and Schumer.

A proposed federal minimum wage hike is another serious point of contention.

By mid-day Thursday, suspense was building over an anticipated opinion from Elizabeth MacDonough, the Senate’s nonpartisan parliamentarian, that could either bolster or potentially kill Democrats’ hopes of using the package to gradually raise the minimum wage to $15 hourly by 2025.

The minimum wage has stood at $7.25 since 2009. Winning the increase is a top priority for progressives at a time when Democrats control Congress and the White House.

If MacDonough decides the minimum wage provision must come out of the relief package, it would all but kill it because on its own it lacks enough support to overcome a Republican filibuster. It takes 60 votes to halt that tactic and the Senate is divided 50-50, with Vice President Kamala Harris allowed to cast only tie-breaking votes.

Another alternative would be for Democrats to bust through decades of Senate precedent, ignore the parliamentarian’s view and keep the wage provision in the bill with their 51 votes.

But it is unclear if Democrats could achieve that. Some of their moderates oppose the minimum wage boost or want it dialed back, and others could be reluctant to defy Senate precedents that way.

White House chief of staff Ron Klain seemed to rule that option out when asked directly about that scenario.

“Certainly, that’s not something we would do,” he told MSNBC host Joy Reid on Wednesday night. “We’re going to honor the rules of the Senate and work within that system to get this bill passed.”