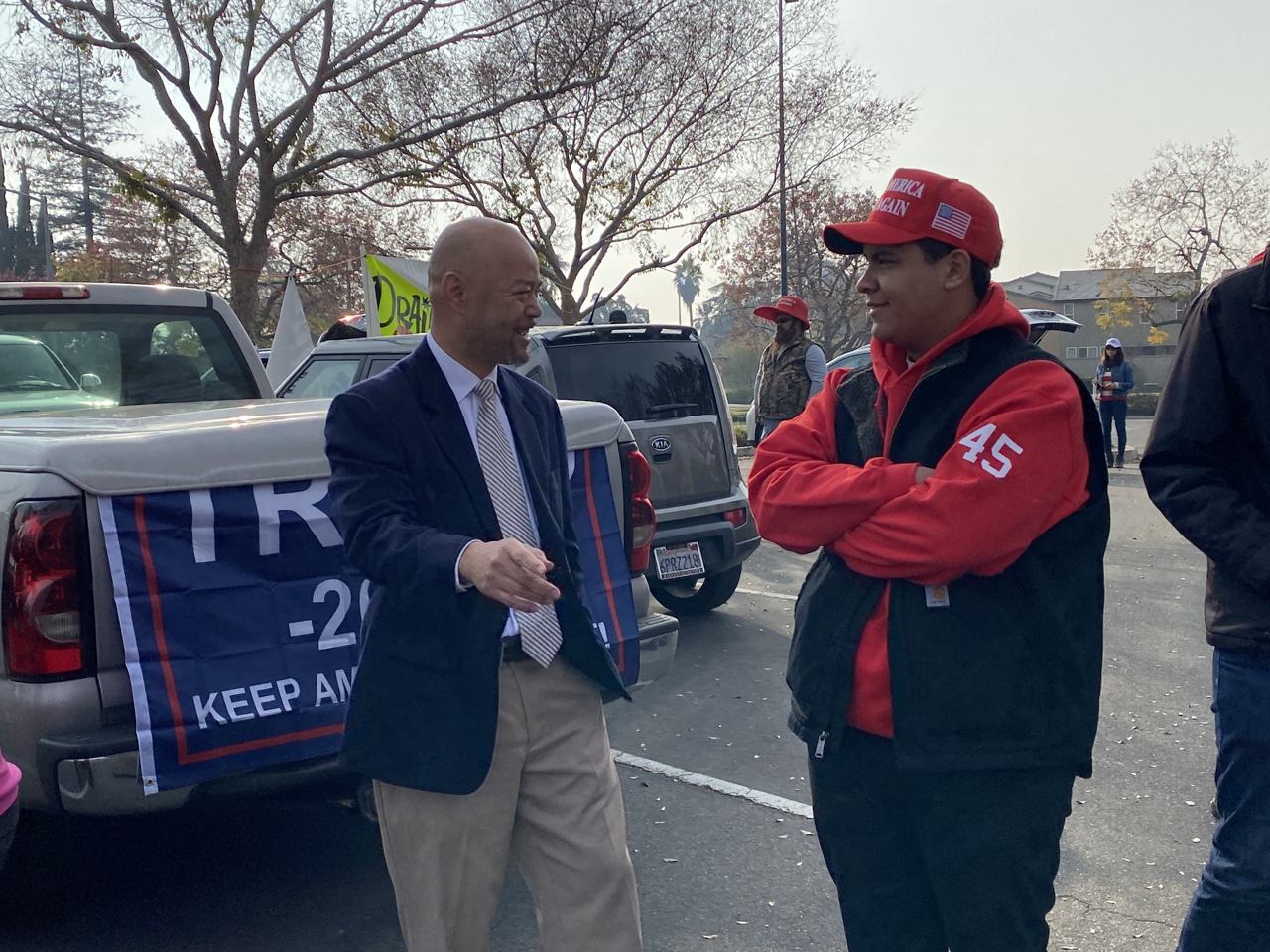 Clovis City Councilman Vong Mouanoutoua says he is not offering prizes for a get out the vote rally happening Saturday.

Despite a message posted on Facebook indicating prizes for ballots, Mouanoutoua says that is not the case.

“This is a rally to get out the vote. And so there will be a raffle, but it’s nothing to do with ballots,” Vong Mouanoutoua said. Anyone who attends will receive a raffle ticket, the councilman added.

Mouanoutoua’s brother, Mouaber Mouanoutoua, posted a message on Facebook Thursday “Clovis residents, BRING YOUR BALLOTS to the rally for a chance to win prizes! Over thousands of dollars worth in prizes to be given away.” The message is no longer visible.

Offering incentives to vote is a violation of federal law. Several on social media questioned the legality of the rally.

The election for two council seats is next Tuesday. Voting is ongoing. Diane Pearce, one of five candidates for the Clovis City Council, criticized the rally.

“I’ve been knocking on doors since September; talking with voters and earning their support. I didn’t realize we could have a carnival and buy votes with prizes,” Pearce said.

Mouanoutoua responded to his critics.

“They can call me directly ask me what we’re doing, or they can come (Saturday) and see what’s going on,” Mouanoutoua said.

The goal is to reach out to the Hmong community. The rally takes place at Regency Hall in Clovis (1600 Willow Avenue) starting at 11 a.m. on Saturday.

“The Hmong doesn’t turn out to vote much looking at the numbers,” Mouanoutoua said. “My long term goal ever since I got on (council) is just let’s register and let’s educate. That way, we have a stronger presence and a stronger civic duty to to vote.”

A flyer also posted by Mouaber Mouanoutoua advertises political figures such as Fresno Mayor Jerry Dyer and other members of the Clovis City Council. Hmong entertainers are scheduled to perform as well including the Phong Yang Paradise Band. A flyer for a Vong Mouanoutoua rally (Image: Facebook)