Opinion: Some Sober Advice on Homelessness 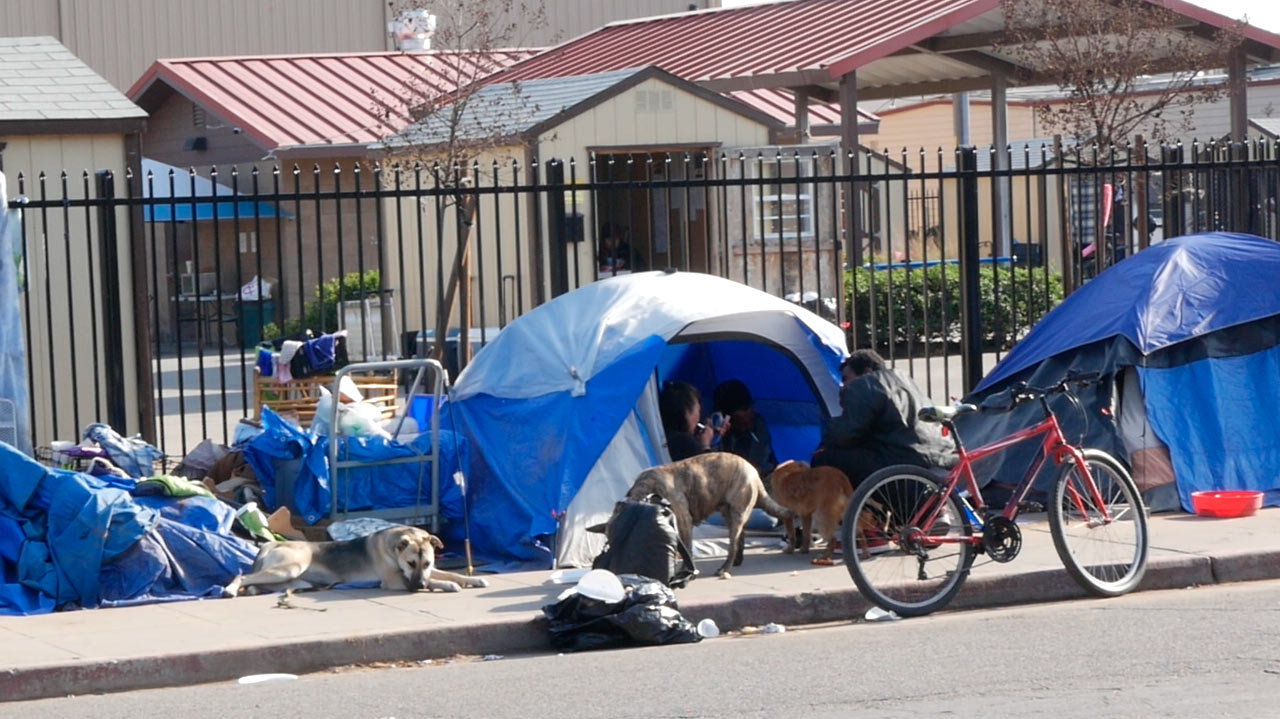 A year ago, before COVID-19 changed everything, Gov. Gavin Newsom dedicated almost all of his State of the State address to one issue: homelessness.

“As Californians, we pride ourselves on our unwavering sense of compassion and justice for humankind,” Newsom told legislators, “but there’s nothing compassionate about allowing fellow Californians to live on the streets, huddled in cars or makeshift encampments. And there’s nothing just about sidewalks and street corners that aren’t safe and clean for everybody.

“The problem has persisted for decades — caused by massive failures in our mental health system and disinvestment in our social safety net — exacerbated by widening income inequality and California’s housing shortage. The hard truth is we ignored the problem.”

‘Out of Tents and Into Treatment’

Newsom pledged to attack the issue with money and “replace California’s scattershot approach with a coordinated crisis-level response.”

“We will be laser-focused on getting the mentally ill out of tents and into treatment,” Newsom promised. “We will provide stable funding to get sustainable results. We will tackle the underproduction of affordable housing in California. And we will do all of this with real accountability and consequences.”

A few weeks later, Newsom declared an emergency as COVID-19 attacked the state but with federal relief funds, he launched two programs, RoomKey to move a relative handful of street dwellers into hotel rooms, and HomeKey to provide some with more permanent housing. He often made personal appearances to tout their virtues.

With the state’s revenue picture much brighter than previously feared, Newsom’s 2021-22 budget proposes to expand services and facilities for the homeless.

Taking a look at the past, Howle’s report declares:

“With more than 151,000 Californians who experienced homelessness in 2019, the state has the largest homeless population in the nation, but its approach to addressing homelessness is disjointed. At least nine state agencies administer and oversee 41 different programs that provide funding to mitigate homelessness, yet no single entity oversees the state’s efforts or is responsible for developing a statewide strategic plan.”

“As a result,” she adds, “the state continues to lack a comprehensive understanding of its spending to address homelessness, the specific services the programs provide, or the individuals who receive those services.”

“While the governor’s budget reflects his commitment to curbing homelessness by once again proposing significant state resources toward these issues, the governor’s response continues to focus on one-time solutions. As we have said previously, a clear, long-term strategy would make it more likely that the state’s investments would have a meaningful, ongoing impact on its housing and homelessness challenges.”

The similarity of the two critiques is obvious — a continuation of the “scattershot approach” Newsom promised to fix.

Proliferation of State Agencies and Programs Dealing With Homelessness

When issues such as homelessness arise in the public consciousness, politicians often offer shiny new proposals to signify concern. Over time, the state becomes overloaded with agencies and programs that purport to deal with the same problem, but often overlap and compete for financing.

That’s how California wound up with nine agencies and 41 programs created to deal with homelessness while the underlying problem still festers.

The syndrome is visible in other areas as well, with job training and child care two very obvious examples. To politicians, doing something new may polish their images while fixing something old lacks political sex appeal.