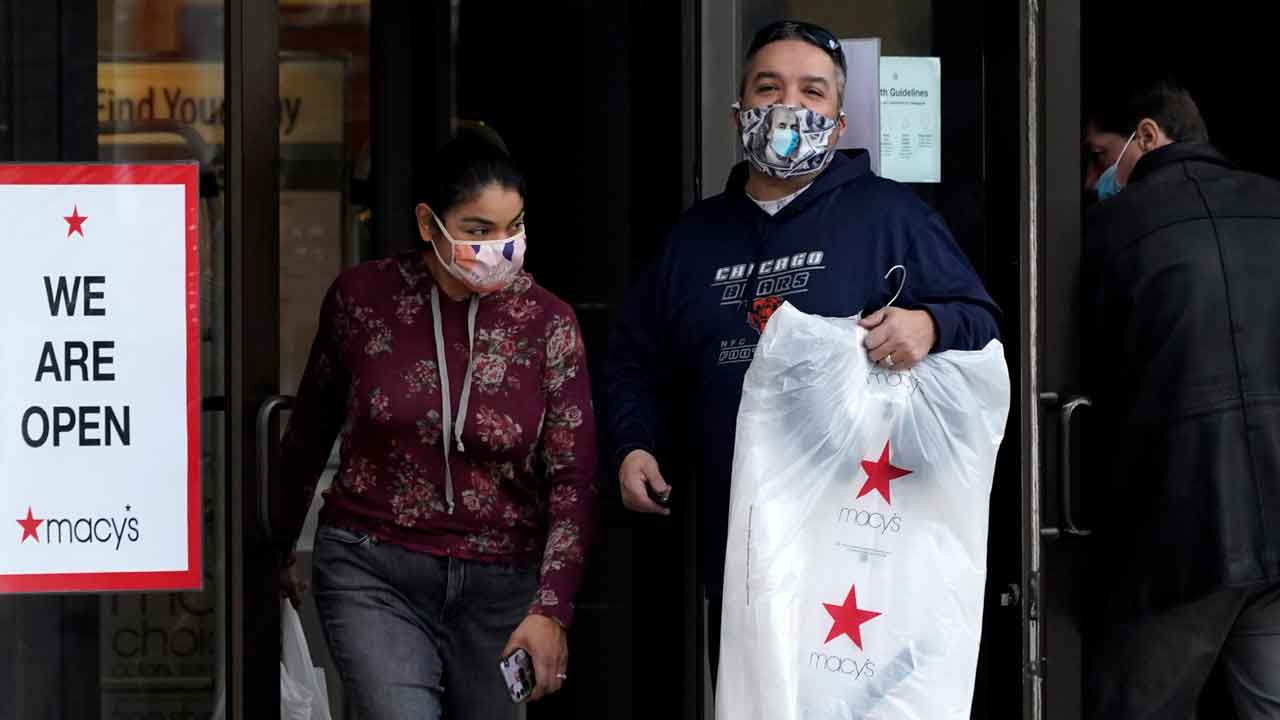 After three months of declines, retail sales soared a seasonally adjusted 5.3% in January from the month before, the U.S. Commerce Department said Wednesday. It was the biggest increase since June and much larger than the 1% rise Wall Street analysts had expected.

The $600 stimulus checks, sent out at the very end of last year, pushed people to buy new furniture, clothing and appliances.

Darryl Crum bought a new washing machine with his stimulus money, since his old one wasn’t spinning clothes well enough anymore. He chose a model that was made in America and bought it from a family-owned store instead of the major chain he usually gets appliances from.

“As I see it, the goal was to stimulate the economy,” said Crum, who is retired and lives in DeKalb, Illinois. “And I contributed.”

How long spending will continue without more stimulus checks remains to be seen.

Retail sales slumped in the last three months of 2020 as stimulus money dried up, job growth was nonexistent and a surge in virus cases kept people away from stores during the critical holiday shopping season. In fact, the Commerce Department said Wednesday that December’s drop was actually larger than it first reported, revised to be down 1% instead of a decrease of 0.7%.

President Joe Biden is trying to push through a $1.9 trillion stimulus plan, which would include $1,400 in direct payments to most Americans. The U.S. job market is still weak: Employers added just 49,000 jobs in January after losing 227,000 jobs the month before, the first loss since April.

But economists expects stronger economic growth in the second half of this year as vaccines are more widely distributed and Americans are less fearful of catching the virus.

Over 20% Spending Jump at Department Stores

Besides strong sales at furniture and appliance stores in January, sales jumped an eye-popping 23.5% at department stores after slumping 3% in the last year. Online sales soared 11% and spending at restaurants, which have been hard hit by coronavirus restrictions, rose 6.9% last month.

“American shoppers blew the doors off retailers in January,” said Sal Guatieri, an economist at BMO Capital Markets, in a note to investors. “Many households treated themselves after a less-than-merry holiday season.”

Wednesday’s report covers about a third of overall consumer spending. It doesn’t include haircuts, hotel stays and other services, which have been badly hurt by the pandemic.

Is $15 Minimum Wage a Job Killer or a Boon for Workers?