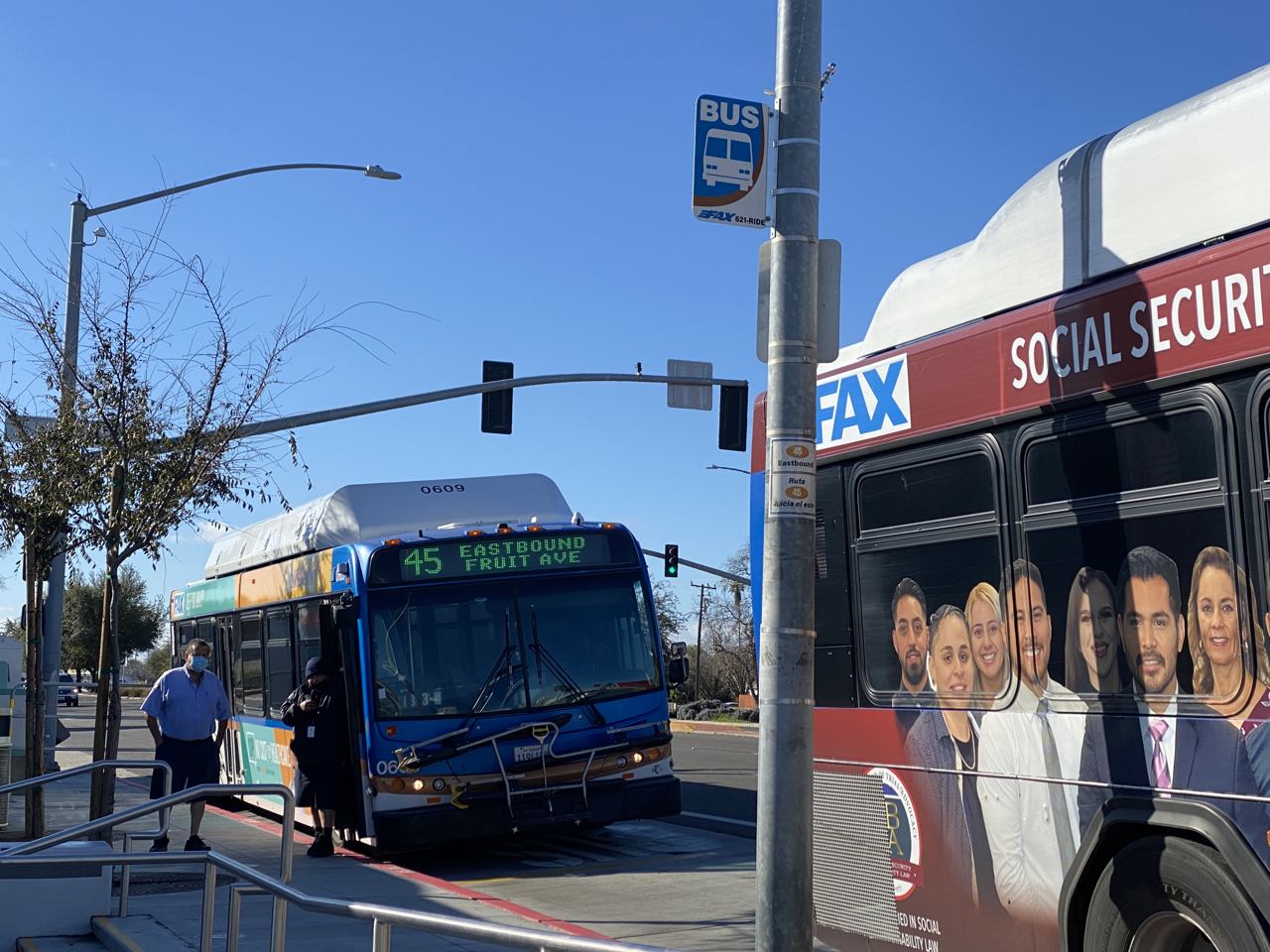 “Unprecedented times call for unprecedented measures. Challenging moments in our collective history can’t be met with status quo solutions or a passive dismissal of the harm facing tens of thousands of Fresno residents. It has to be met with bold and decisive action,” Maxwell said at a Friday news conference. 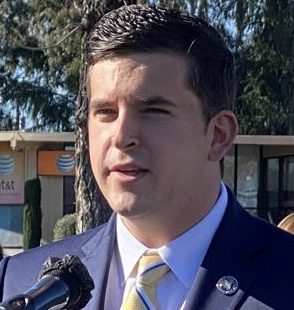 Maxwell pitched the idea as beneficial both to the economy and the environment.

“Tens of thousands of people in our city have lost their jobs. They’ve lost their cars as a direct result of COVID-19 and it has to be our priority to make sure that people get back to work, that as we reach the tail end of this crisis, that people are able to go back out and shop at our local stores and eat at our local restaurants so that we could start stimulating our economy once again,” Maxwell said.

Esparza said the economy would benefit if people don’t have to pay bus fares.

“We can count on the fact that millions of dollars saved in revenue by our residents are going to be redirected and pumped back into our economy as people shop, eat, and are simply able to pay their bills a little easier,” Esparza said.

Maxwell anticipates more people will use the bus if fares are free, thus more cars would be taken off the road. However, he did not have an estimate on how many cars would stay parked.

“If we currently have nine to 10 million rides a year and we’re increasing that by 20 to 40%, we’re going to see a significant reduction in congestion on our freeways and on our main roads and, correlating reduction in the carbon emissions in our environment,” Maxwell said.

The city collected $5.3 million in fares in the fiscal year ending June 30, 2020, which was mostly prior to the pandemic’s arrival. Such money would be replaced in the short term by federal emergency funds, and in the long term from public-private partnerships, Esparza said. He added that there would be no increased taxes nor expenditures when eliminating fares.

He said the city will save $1 million by not having to collect fares.

“Additionally, we’ve had a number of productive conversations with private sector folks,” he said. “We’re looking at several different partnerships across the board with some of our biggest employers here in the city.”

Esparza was not ready to name any, however.

Greg Barfield, assistant city manager and director of the transportation department, says the city has looked at zero fares before but could not make it financially feasible.

The federal government subsidizes 80% of city transportation operations, totaling $62 million in the 2019-20 fiscal year. If the city can supply the remaining 20%, it would be eligible for up to $20 million in state funds.

Also, if the city no longer uses its relatively new fare boxes and ticket vending machines, it could be costly. The city used a $4.2 million state grant to purchase ticket vending machines for Bus Rapid Transit, Barfield said. Because they are only three years into a 10-15 year lifespan, the city might have to return the money, which could jeopardize future grants.

Maxwell said the city could sell the fare boxes on the secondary market to recoup some of the lost usage.

Barfield said that using Measure C dollars for bus fares would mean not spending it on something else, such as street repairs. The measure is up for renewal in the next few years, with a likely election date in 2022.

“When you have a free ride, then it just takes away from the people that really need to get where they’ve got to get to.” — Fresno bus driver John Sigala

As buses came in and out of the Manchester Center, each bus was limited to 10 passengers because of COVID-19 restrictions. On Friday some buses were carrying fewer than 10 passengers.

A man who went by the name of R liked the idea.

“No fares is cool,” he said as he climbed into his bus.

Another rider doubts that free fares would encourage him to take the bus more.

“I’m just saving up for a car,” he said. His current ridership, he said, is temporary.

“Bus tokens were like gold to have; they were hard to come across and everyone always wanted them,” she said. “If they couldn’t find one, the question of the day became, how am I going to get home?”

“Bus tokens were like gold to have; they were hard to come across and everyone always wanted them.” — student Evelyn Gamble

John Sigala, a bus driver with more than 20 years experience, had reservations.

He said the city experimented with free rides before. That just led to the homeless riding without getting off the bus.

“When you have a free ride, then it just takes away from the people that really need to get where they’ve got to get to,” Sigala said.

Esparza said continuous riding would not be allowed.

Maxwell said no fares mean not having to punish fare jumpers.

“By eliminating fare, we’re actually making the lives of our drivers and our riders that much safer. And by allowing folks to board from the back of the bus, there’s no more long congested lines and less repeated exposure to our bus drivers, increasing the safety of the drivers and the riders,” Maxwell said.

According to budget documents, ridership has been halved during the COVID-19 pandemic, with another 36% dip forecast for the current fiscal year.

“This (COVID-19) limitation, along with the closures of high schools, colleges, government offices, and businesses have all contributed to the loss in ridership. As these sectors begin to open up, the Department projects ridership will steadily return to normal levels,” the document said.

Maxwell pointed to other cities that have implemented free fares, including Kansas City, Missouri, Clovis, and Visalia.

He estimated ridership could increase 20-50% based on those cities’ experiences.

[This story has been updated to include a comment from assistant city manager Greg Barfield.]
Related Topics:FAX busFresnoNelson EsparzaTyler Maxwellzero fares
Up Next