Texas Lawyer, Trapped by Cat Filter on Zoom Call, Informs Judge He Is Not a Cat 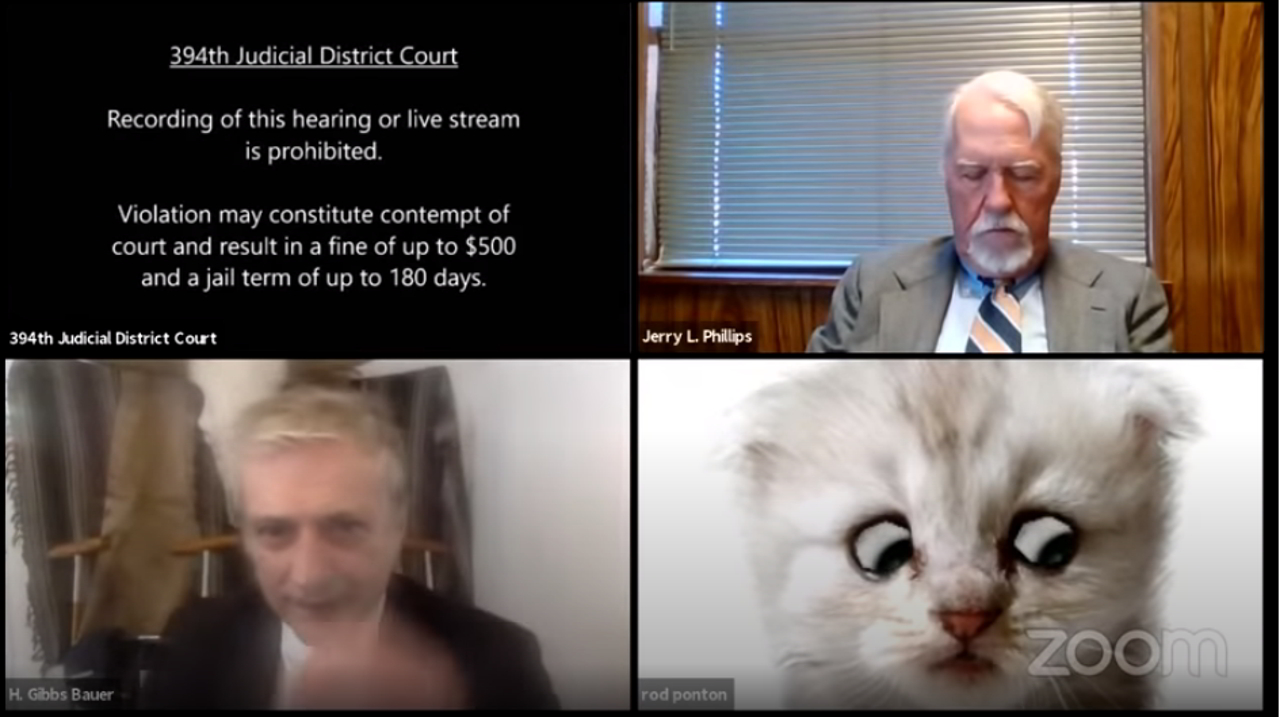 The Guardian The coronavirus has been responsible for a series of video-call stumbles and mishaps, and the phenomenon seemingly reached its zenith this week, when a Texas lawyer appeared before a judge as a cat, after being unable to change a video filter.

“I’m not a cat,” Rod Ponton was forced to clarify during a hearing in Presidio county, south-west Texas, as he and his assistant scrambled to remove the filter.

The filter, which displayed a kitten instead of Ponton’s face, was able to capture the lawyer’s horror and confusion, its eyes flitting across the screen as Ponton scrambled to remove it.

Accomplice to Carnage: How America Enables War in Yemen