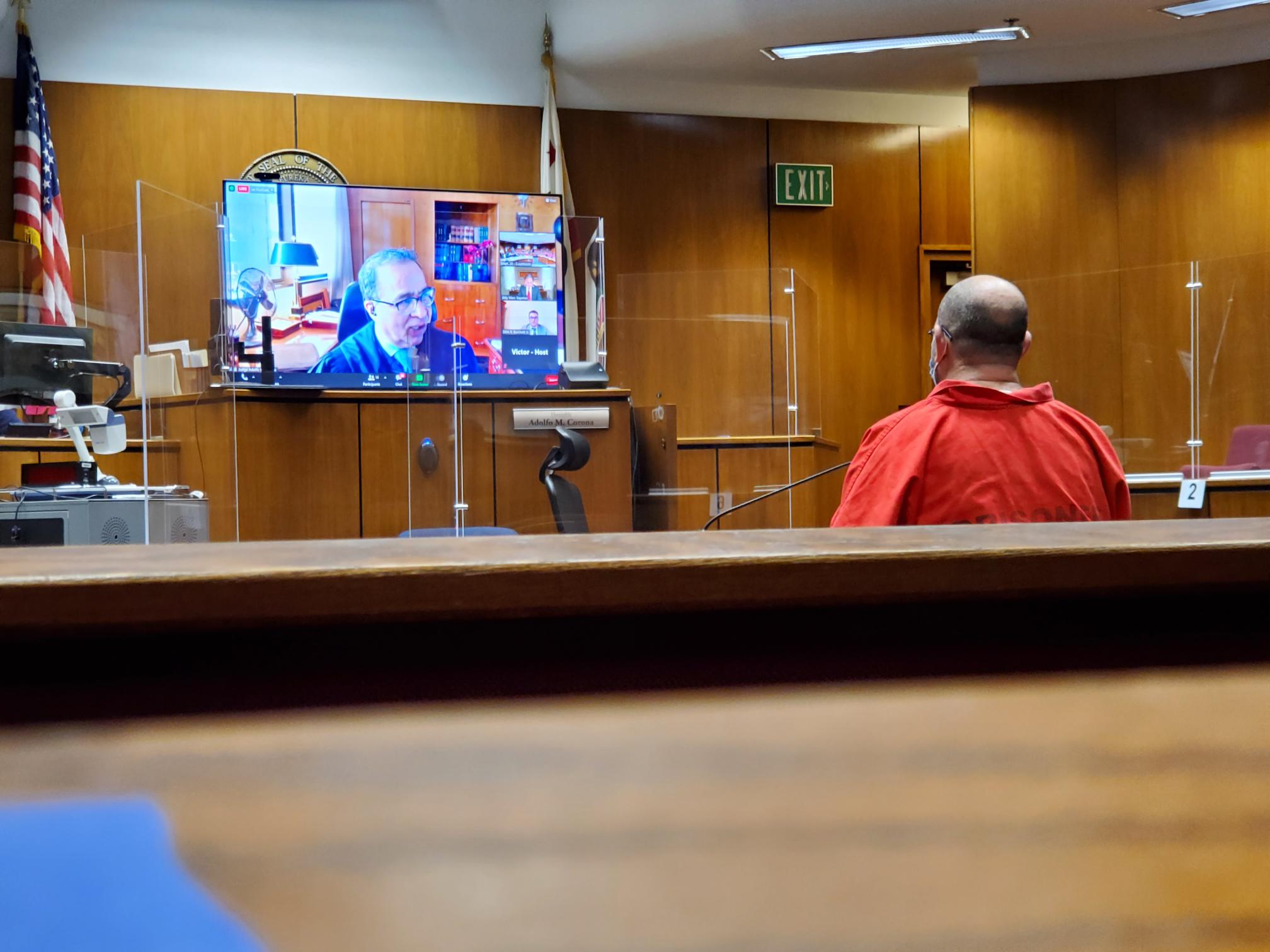 Judge Adolfo Corona ordered the news media not to report the name of the girlfriend to protect the identity of the alleged victim.

After his arrest, Cox was being held without bail. Cox’s attorney, Marc Kapetan, asked for a bail reduction, arguing that some of the charges were duplicative.

The prosecutor’s complaint also showed that Cox had a 2000 conviction for arson.

Corona also issued a criminal protective order, in essence a restraining order. Cox is prevented from contacting the alleged victim by any manner, including through a third party.

Corona also barred Cox from access to guns or ammunition.

Kapetan argued against GV Wire℠ and other news media requests to record the arraignment. He said such coverage is sensational because of some of the details that already have been reported, including Cox having a wife and girlfriend, and “Gothic-type interests.”

Corona denied that request, but did order media to report neither the name of the alleged victim because of her age nor the name of her mother.

Cox was initially scheduled to be arraigned in the courtroom of Judge James Kelley. Once Kapetan appeared on behalf of Cox, Kelley recused himself without stating why.

The case could have been transferred to the adjacent courtroom. That meant Judge Jon Kapetan also would have had to recuse himself because he is the brother of Cox’s attorney.

Eventually, the matter was transferred to Corona’s Department 20 courtroom.

While Cox appeared in person, the judge and both attorneys — Marc Kapetan and prosecutor Richard Burchett —  appeared via Zoom teleconferencing.

The district attorney filed formal charges against Jillian Cox and the girlfriend on Monday afternoon.

Cox, 36, faces two counts — lewd acts upon a child and child abuse. She is scheduled to be arraigned on April 16.

The girlfriend faces those two counts plus an additional charge of dissuading a witness from testifying.

Because she is still in custody, her first court appearance is scheduled for Tuesday morning in front of Kelley. Her bail is listed as $80,000, according to the county jail website.

According to jail records, Cox bailed out of jail Friday at 4:19 p.m.

According to court records, the girlfriend/mother of the alleged victim married the child’s father in 2001 and filed for divorce in 2016. It was finalized a year later.

The couple agreed to 50/50 joint custody.

However, in November the woman filed an emergency petition for sole custody of their daughter.

“The reason for the emergency order is fear of physical harm in retaliation for her attempted refusal to see them, especially because of excessive alcohol use. She is terrified of returning, and threatens suicide when she is forced to go,” the woman wrote in her petition.

In 2017, the husband filed a restraining order, asking to change the custody arrangement. He accused the woman, among other things, of being “under the influence of drugs and shows signs of anger/violence.”

The woman denied those allegations. Eventually, the parties agreed to mediation, and the matter was dropped.