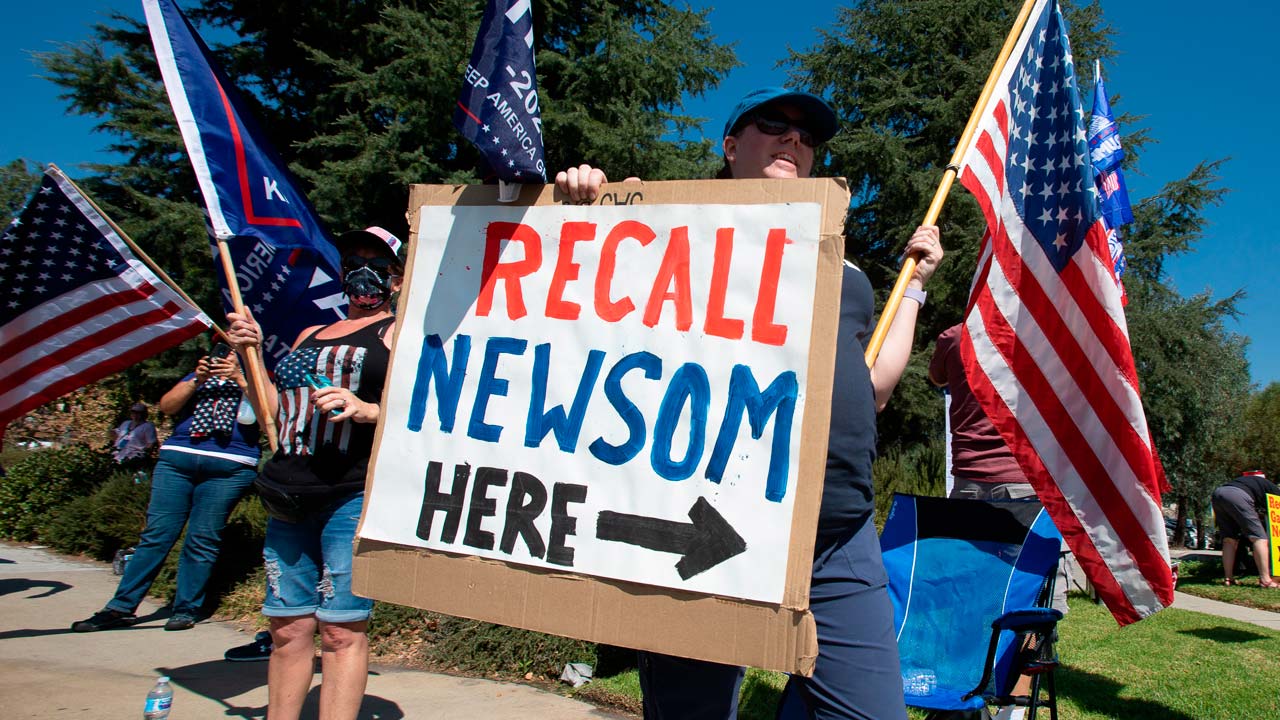 Halfway through a first term as governor dominated by the COVID-19 pandemic, is Gavin Newsom fighting for his political life or enjoying broad public support?

The polls usually track Californians’ attitudes similarly, which makes the differences so puzzling. And they are being released just as those who want to dump Newsom are getting close to having enough signatures to place a recall on the ballot later this year.

The Berkeley IGS poll of registered voters found that Newsom’s once-soaring popularity has gone into free-fall, dropping from 64% last September to just 46% in January, with 48% of respondents now saying they dislike his performance.

But PPIC’s polling was far more comforting to Newsom, finding that a healthy 54% of adult Californians and 52% of voters approve of his gubernatorial performance and just 36% disapprove.

The Berkeley IGS polling suggests that widespread dissatisfaction with Newsom’s often erratic handling of COVID-19, including a bollixed-up vaccination rollout, are driving issues.

“The latest poll finds fewer than one in three Californians (31%) rating Newsom as doing an excellent or good job in handling the pandemic overall, down from 49% last September,” Berkeley IGS Poll director Mark DiCamillo said in an analysis. “Also, just 22% offer a positive rating of the job he and state government are doing in overseeing the distribution of the coronavirus vaccines to the public.”

PPIC, however, says that 54% of adults and 52% of voters approve of how Newsom is dealing with the pandemic.

“More than four in 10 say that COVID is the most important issue for the governor and legislature in 2021, and a majority of Californians approve of the governor’s handling of COVID,” PPIC CEO Mark Baldassare said, but added that only “one in three give the state excellent or good grades for the vaccine distribution.”

While the Berkeley IGS poll suggests that Newsom is in serious political trouble, it does not automatically mean that he would be recalled. In fact, the poll found that just 36% of respondents would vote today to oust him.

Recall proponents, including the state’s Republican Party, say they have collected 1.3 million signatures on petitions to force an election and hope to have 2 million by a deadline in March. They need 1.5 million valid signatures of registered voters.

If the petition drive succeeds, a recall election would be held sometime in later summer or fall, depending on how election officials interpret various legal requirements. Voters would decide not only whether to dump Newsom but who would succeed him if the recall succeeds.

Tuesday’s poll releases occurred simultaneously with the formal declaration by Kevin Faulconer, the former Republican mayor of San Diego, that he would run if the recall makes the ballot and challenge Newsom in 2022 if the recall fails. Previously, Republican businessman John Cox, whom Newsom easily defeated in 2018, said he plans to run again.

Faulconer may be the more viable of the two, but any Republican must contend with the simple fact that GOP voters are far outnumbered by Democrats in deep-blue California.

A recall election later in the year would hinge largely on conditions at that time. If the pandemic is still raging and the state’s economy is still stagnant, voters may be looking for someone to blame, but if the state is recovering smartly, Newsom would have an easier time deflecting a recall.