San Francisco Sues Its Own School District to Reopen Classes 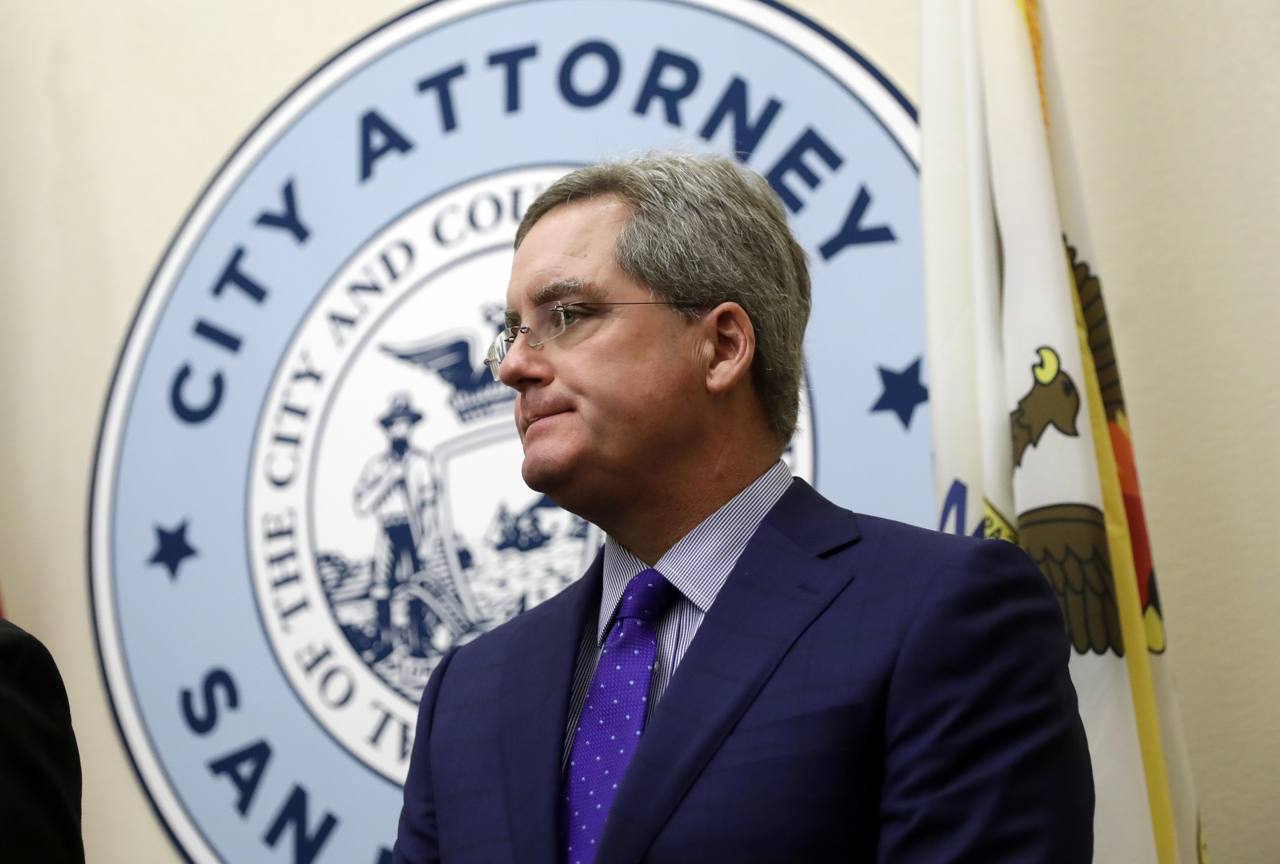 SAN FRANCISCO — The city of San Francisco took a dramatic step Wednesday in its effort to get children back into public school classrooms, suing its own school district to try to force open the doors amid the coronavirus pandemic.

The lawsuit was the first of its kind in California and possibly the country, as school systems come under increasing pressure from parents and politicians to end virtual learning. Teachers unions in many large school districts, including San Francisco, say they won’t go back to classrooms until they are vaccinated.

City Attorney Dennis Herrera, with support from Mayor London Breed, said he sued the San Francisco Unified School District and Board of Education as a last resort to salvage what’s left of the academic year. They say it’s safe to reopen schools and keeping them closed was hurting kids’ well-being.

“Not a single San Francisco public school student has set foot in their classroom in 327 days,” Herrera said at a news conference, calling it shameful and unlawful. “More than 54,000 San Francisco schoolchildren are suffering. They are being turned into Zoom-bies by online school. Enough is enough.”

The lawsuit highlights the growing tension and infighting nationwide between politicians who insist it is safe to return to schools with proper safety precautions and teachers who are on the front lines and have not been able to get vaccinated yet.

While the vast majority of California’s public schools have been closed since March, San Francisco schools have been allowed to reopen since September. Herrera noted that nearly 90% of schools in neighboring Marin County, including public schools, have resumed in-person instruction and that 113 private and parochial schools in San Francisco also are open.

The lawsuit says school administrators are violating a state requirement that districts adopt a clear plan “to offer classroom-based instruction whenever possible” during the pandemic. It seeks a court order to require schools to prepare to offer in-person instruction and file a detailed plan, Herrera said.

“This isn’t helpful,” said Vincent Matthews, school district superintendent. “We’re all in this San Francisco pandemic bubble together, and turning on us is not helpful whatsoever.”

He said at a news conference that the school board and the district have been “feverishly working toward and fighting for and pushing for the return of students to in-person learning” and that they “absolutely have a comprehensive plan” for reopening.

However, Matthews said he could not give a timeline because of fluctuating virus rates and a lack of vaccines, for which California teachers are next in line. Some have started getting shots in rural areas.

In a recent study, the Centers for Disease Control and Prevention said there’s little evidence of the virus spreading at schools when precautions are taken, such as masks, distancing, and proper ventilation.

“Our kids are suffering, and the inequities that existed before this pandemic have only become more severe,” the mayor said.

Since the start of the pandemic, San Francisco has been on the cutting edge of COVID-19 restrictions. It was among the first U.S. cities to order a shutdown as part of other aggressive measures and has the lowest infection rates of any urban area in California.

Mayor to School Board: Focus on Reopening Schools

She has repeatedly pushed for schools to reopen and has criticized the board for focusing on less urgent issues, most recently its decision to rename 44 schools it says carry the names of people with ties to racism, slavery, or sexism.

Education board president Gabriela Lopez says the board can multitask.

“Our efforts to dismantle racist symbols and white supremacy culture does not diminish the board’s focus on other pressing matters,” Lopez said.

Herrera plans to file a motion Feb. 11 asking San Francisco Superior Court to issue an emergency order. If granted, the order would require the district to formulate a detailed reopening plan. He said the district’s current plan “is ambiguous, empty rhetoric. It is a plan to make a plan. It is legally insufficient.”

Gov. Gavin Newsom says he won’t force schools to reopen but wants to give them an incentive. He’s proposed a $2 billion plan to give schools that reopen quickly extra funding for COVID-19 testing and other safety measures. It has faced criticism from superintendents, unions, and lawmakers, all of whom say the plan’s timeline and rules are unrealistic.

Newsom sidestepped direct comment on the San Francisco lawsuit, saying everyone is on the same page and wants to reopen schools safely.

“We’re just hammering out the details to do that, and I’m confident we’ll get there,” Newsom said.

Related Topics:pandemicschools reopen
Up Next

Canada Designates The Proud Boys as A Terrorist Entity