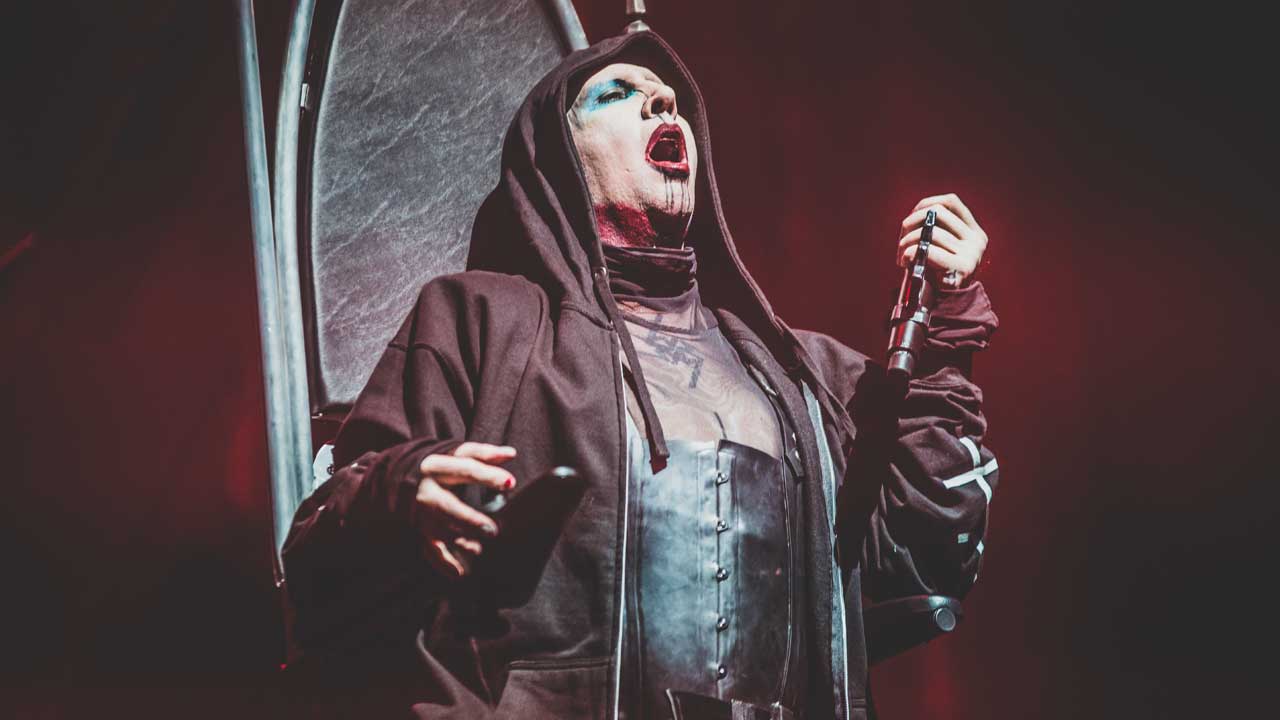 Singer Marilyn Manson has always been controversial, for his looks, for his music, and most recently, allegations of abuse.

When Manson was booked to perform in Fresno 22 years ago, the city tried to ban him. The goth singer was initially one of the scapegoats for the Columbine High School massacre in Colorado that took place April 20, 1999. No evidence ever backed that theory up.

The Fresno City Council passed a resolution urging Manson not to come. Manson eventually canceled the remainder of his tour dates, including a May 4, 199 show at downtown’s  Selland Arena.

“It’s an answer to a prayer,” City Council President Ken Steitz told the Fresno Bee after that decision.

Manson at the time said in a news release, “It’s not a great atmosphere to be out playing rock ‘n’ roll shows, for us or the fans.”

Even prior to Columbine, public pressure led local department store chain Gottschalks to stops ticket sales for the show at its BASS outlet, the Fresno Bee reported.

There were talks of an outright Manson ban, buying out his contract, or requiring parental permission for children and teens wanting to attend.

Then-Councilman Henry R. Perea proposed a resolution “condemning Marilyn Manson as an offensive threat to the children of Fresno.”

The Fresno Bee reported 275 people were in attendance for the council meeting where the resolution was discussed.

After a three-and-a-half hour debate and comments from 75 public speakers, the resolution passed unanimously.

Two familiar political names were at the center of the Fresno-Manson controversy.

Garry Bredefeld, in the middle of his first term in office in 1999, blamed city officials for booking Manson.

“Clearly someone at the Convention Center (then under city management) made a major mistake, and I know it won’t happen again,” Bredefeld told the Fresno Bee.

Bredefeld returned to the City Council in 2017 and his now in his third term. He later tried unsuccessfully to keep Snoop Dogg and Grizzly Fest out of Woodward Park in 2018.

Jim Patterson, now an assemblyman — but in 1999 the mayor of Fresno — had strong feelings about Manson’s planned performance.

“I ask all the people of Fresno of good will to use this opportunity to freely and clearly express our city’s recommitment to decency, virtue, personal and community responsibility and goodness,” Patterson told the Fresno Bee.

Manson Accused of Abuse by Ex

Manson’s label, Loma Vista Recordings, said in a statement that after the “disturbing allegations,” it will “cease to further promote his current album” and has “also decided not to work with Marilyn Manson on any future projects.”

Wood and Manson’s relationship became public in 2007 when he was 38 and she was 19, and they were briefly engaged in 2010 before breaking up.

Wood, now 33, said in a social media post that Manson left her “brainwashed and manipulated into submission.”

“I am done living in fear of retaliation, slander, or blackmail. I am here to expose this dangerous man and call out the many industries that have enabled him, before he ruins any more lives,” the post added.

“Obviously my art and life have long been magnets for controversy, but these recent claims about me are horrible distortions of reality,” Manson — whose given name is Brian Warner — said in a social media post. “My intimate relationships have always been entirely consensual with like-minded partners. Regardless of how — and why — others are now choosing to misrepresent the past, that is the truth.”

Clovis CVS Pharmacies Will Offer COVID Vaccine Next Week. Here’s How to Sign Up.