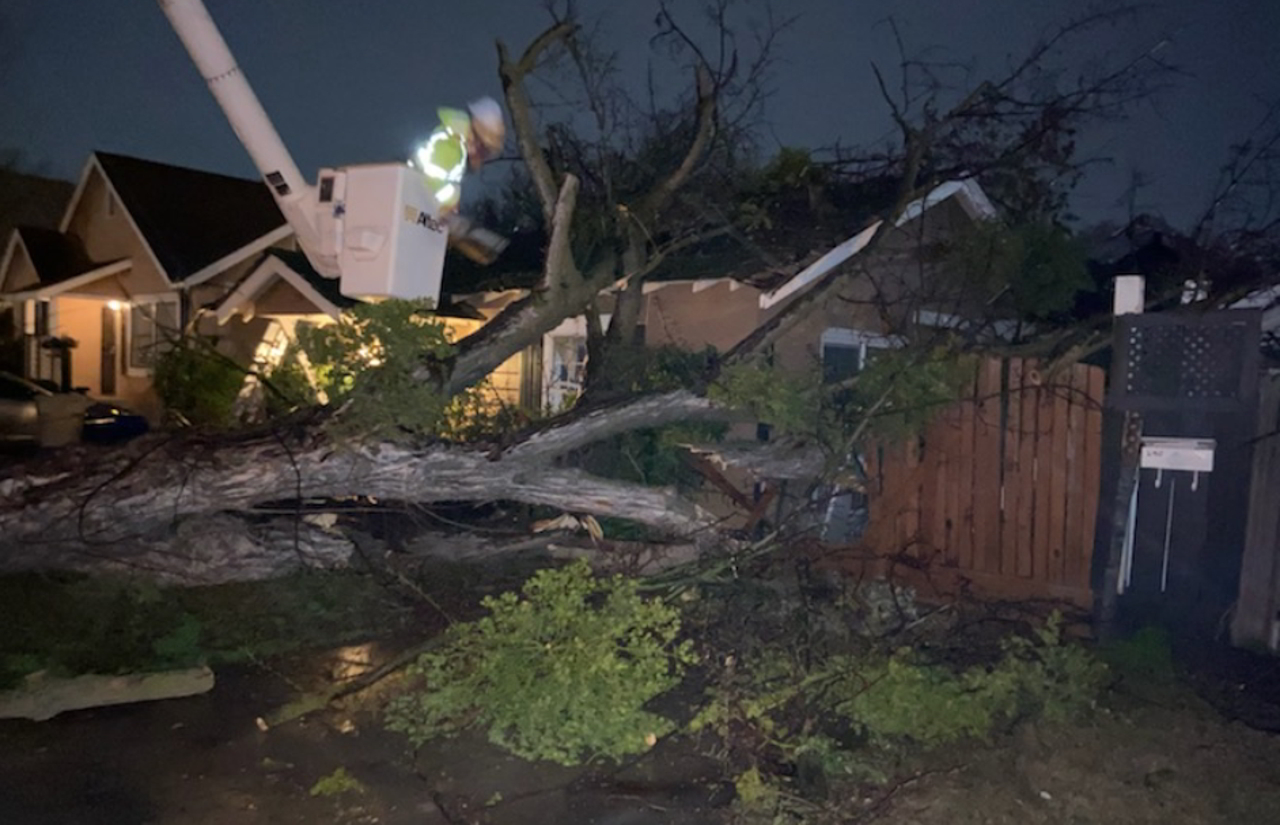 Childs Avenue between G Street to Martin Luther King, Jr. Way was closed for much of Wednesday morning due to flooding.

The National Weather Service in Hanford reports parts of Merced received between 1.3 to 1.77 inches of rain in a 24 hour timeframe. Wind gusts during the same timeframe were between 35-46 miles per hour.

Merced is expected to see more rain and wind through Friday, with totals expected to range between 3-4 inches.

The National Weather Service in Hanford reports parts of Merced received between 1.3 to 1.77 inches of rain in a 24 hour timeframe.

“By declaring a local state of emergency it allows for some exceptions to county purchasing rules and it’s a formal request for assistance from the state and federal official,” said Pogue in an online statement.

An Evacuation Warning remains in effect for residents in the Creek Fire burn scar area, above Road 225 & Cascadel Road, into the Sierra National Forest.

The sheriff warns that with continued rain in the forecast overnight, there remains potential for mud slides to wash the road out, stranding residents for extended periods of time.

In the Shaver area, Highway 168 was closed by Caltrans Thursday morning at Huntington Lake Road due to heavy snow. Crews are in the area working to clear the roadway.

The Hanford NWS says as of 8:41 a.m. Thursday morning, 32 inches of snow fell since Wednesday morning at Tuolumne Meadows in Yosemite National Park. A snow depth of 58 inches is on the ground now.

Spokesperson Denny Boyles says 4,000 customers are without power, mainly in the mountain and foothill communities north of Merced.