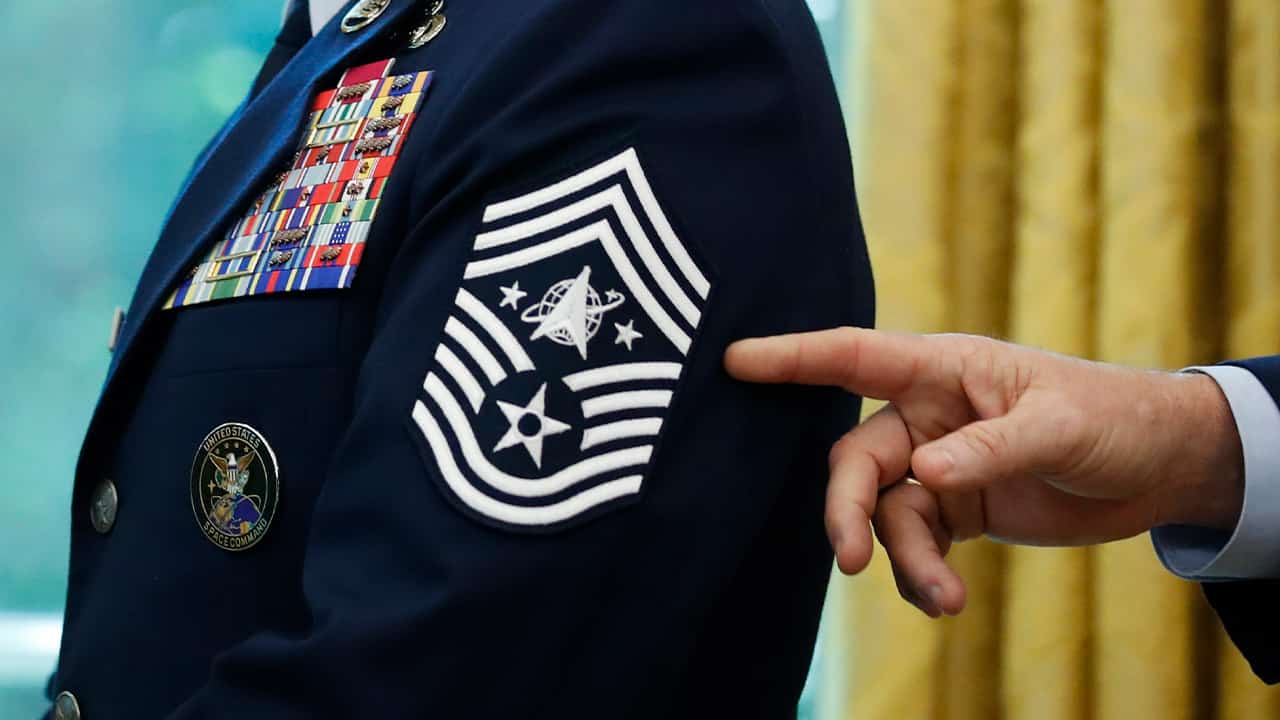 WASHINGTON — To the last moments of his presidency, Donald Trump trumpeted Space Force as a creation for the ages. And while President Joe Biden has quickly undone other Trump initiatives, the space-faring service seems likely to survive, even if the new administration pushes it lower on the list of defense priorities.

The reason Space Force is unlikely to go away is largely this: Elimination would require an act of Congress, where a bipartisan consensus holds that America’s increasing reliance on space is a worrying vulnerability that is best addressed by a branch of the military focused exclusively on this problem.

The new service also is linked to an increasing U.S. wariness of China, which is developing capabilities to threaten U.S. satellites in space and which has become, in the minds of some, the singular national security challenge. Russia, too, stands accused by Washington of seeking to challenge American dominance in space.

“They’re building capabilities to use space against us. We have to be able to respond to that,” Gen. John Hyten, vice chairman of the Joint Chiefs of Staff, told the National Security Space Association, an advocacy group, last week, referring to Russia and China.

As a career space officer, Hyten says he often gets asked what will become of Space Force under Biden. And while he offered no prediction, he clearly believes Space Force should remain.

Biden has not publicly commented on his intentions with Space Force. His defense secretary, Lloyd Austin, has been noncommittal while stressing the strategic importance of space. The White House did not respond to a request for comment on Biden’s view.

While Far Smaller Than Any Other Branch of the Military, Space Force Is Acquiring the Standard Trappings of a Service

Although some see it as a Trump vanity project, Space Force is not the farcical force of the public imagination. In the military, it’s seen soberly as an affirmation of the need to more effectively organize for the defense of U.S. interests in space — especially satellites used for civilian and military navigation, intelligence and communication.

While far smaller than any other branch of the military, Space Force is acquiring the standard trappings of a service, including an official flag, logo, seal and doctrine. It has launched commercials to attract recruits. After lengthy debate, it was decided last month that Space Force members would be called guardians, although they don’t yet have an official dress uniform. The force is planning to expand its ranks from 2,400 active-duty members to 6,400 by the end of this year.

Kaitlyn Johnson, an expert on space policy at the Center for Strategic and International Studies, says bipartisan congressional support for Space Force makes it likely that Biden will not push for its undoing.

“I think this is a good thing, as the Space Force has had barely a year to set itself up and get to work,” she said. Adds her think-tank colleague, Todd Harrison, “The odds of it being repealed are close to zero.”

The push for more emphasis on space has gone beyond Space Force. A separate but related move in August 2019 reestablished U.S. Space Command; it is not a military service but a central command for military-wide space operations. Space Command had been dissolved in 2005 and absorbed by U.S. Strategic Command, a post-9/11 move aimed at freeing up resources to strengthen homeland defenses.

Trump also reconstituted the National Space Council, which coordinates policy in civil, commercial and national security space matters. It had been dormant since the administration of President Bill Clinton.

The push to create a military space service began well before Trump entered the White House. But his relentless advocacy dulled what remained of opposition inside the Pentagon, where some officials — especially in the Air Force — believed a separate service was unwarranted and duplicative. Gen. Charles Q. Brown, who became the Air Force chief of staff after Space Force was born, says it is time to stop debating and instead focus on making the best possible use of Space Force.

Biden has said little about the military’s role in space, but he did bring with him to the Oval Office a symbol of his interest in space exploration — a moon rock brought home by Apollo 17 nearly half a century ago.

Austin, the new defense secretary, has been noncommittal on the question of keeping Space Force. Asked by the Senate Armed Services Committee prior to his confirmation hearing whether he thought creation of the new service was “warranted,” Austin demurred. He noted dryly that Space Force emerged after years of study by Congress and other groups. He sounded unenthused.

Austin didn’t suggest he would recommend scrapping it. He said he would study it, noting that space is a vital interest.

“Looking ahead, the DOD space enterprise is still not well-integrated with other services and terrestrial commands, and there are several other challenges that will need to be addressed, as would be expected when establishing a brand new military service,” Austin wrote.

The nonpartisan Secure World Foundation, which advocates for the peaceful and sustainable use of outer space, has urged Biden to build on the space policy decisions of the Trump administration, including Space Force.

“Consistency across key national space efforts … will help move the United States forward and demonstrate stability to international partners by avoiding the constant reset and lack of strategic direction that has happened in the past during presidential transitions,” it said in a report last month.

Blue Shield of California Tapped to Speed Up State Vaccines